The governor said it's too early to know if his mask mandate is making a major difference, but that it's important for local leaders to enforce it. 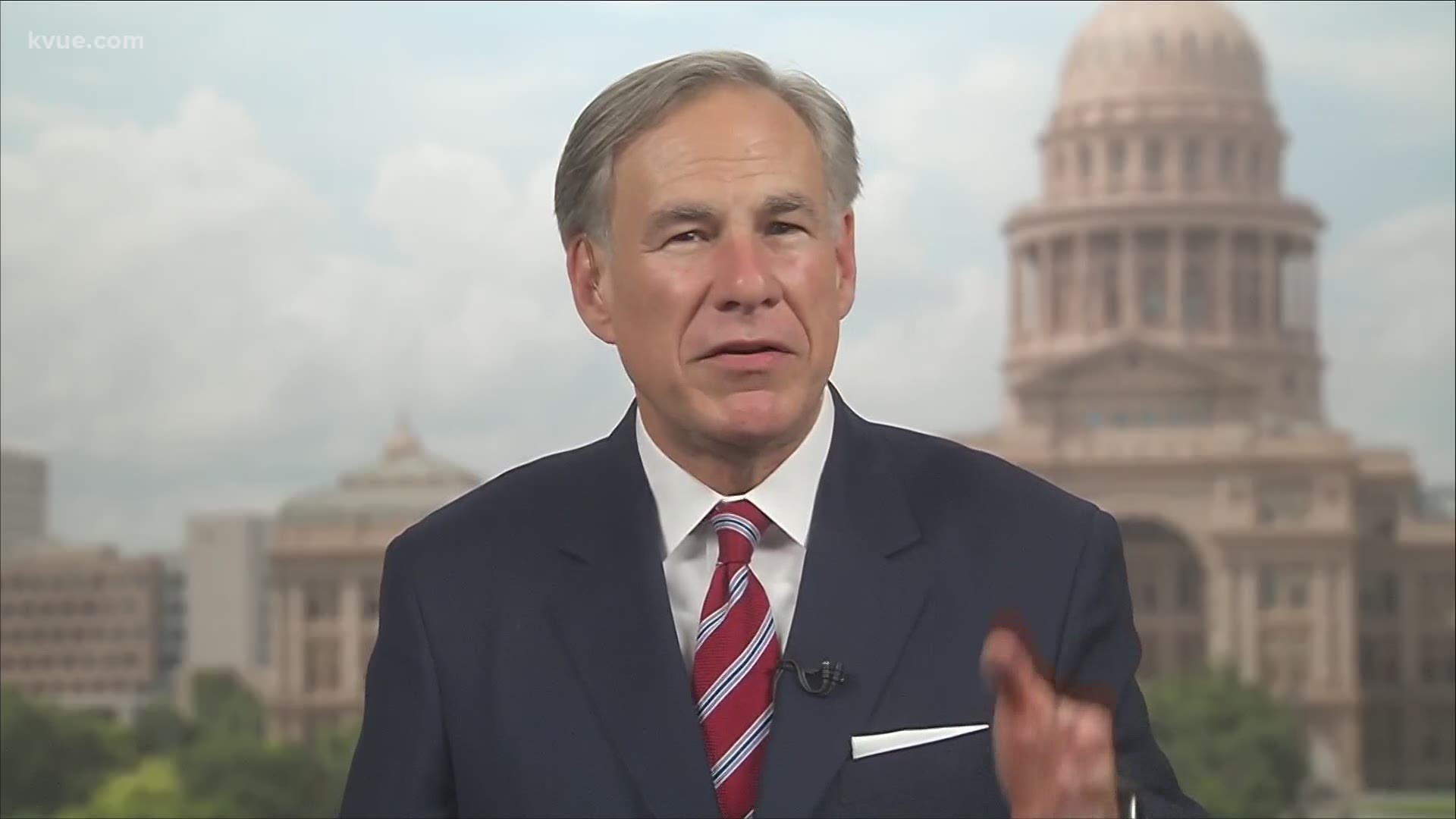 Earlier in the day, Abbott announced that the U.S. Department of Defense is sending Army medical task forces to Texas.

"We're seeing more people hospitalized," Abbott said. "In fact, for an entire month, there were more people hospitalized each day until today, where it was the first decline in over a month. But because of the increase in hospitalizations, there is more need for staffing of hospital beds. There remain adequate hospital beds as well as ICU beds, however, we need staff for those beds. And so, in certain regions of the state that are burdened the most, there are these medical teams that are coming in to provide the staffing needed to treat anybody who has COVID-19."

UAMTF and U.S. Navy teams are being deployed to support medical needs in hospitals across the state.https://t.co/eDUEswoKcW pic.twitter.com/kgxFStiwaC

Abbott has previously said that another economic shutdown would be a last resort to reduce the spread of the virus. To keep the economy open, he recently ordered that face coverings must be worn in public places.

Goudeau asked the governor if he's seen any data showing whether or not that order is making a difference. Abbott said "one or two days do not make a trend," but reiterated that Monday was the first day in more than a month when Texas had fewer hospitalizations than the day before.

Gov. Abbott: Lack of masks, spike in COVID-19 could lead to 'necessity of closing Texas down'

"As you probably have noticed here in Travis County, the caseload, the positivity load, has lightened a little bit, but it is too early to tell. It's going to take about two or three weeks before we can find out for sure whether or not these modifications have made a difference," Abbott said.

Abbott restated the importance of wearing face coverings, saying it is "the only way right now to immunize yourself" from COVID-19 short of an immunization, which may still be more than half a year away.

Goudeau pointed out that the positivity rate for the four most populous counties in the KVUE viewing area is more than 20% and was nearly 30% at the beginning of July, outpacing the increase in testing. She asked Abbott if he has considered closing certain counties or metro areas, rather than the whole state. He said it's a matter of enforcement.

"I have thought about it. And let me tell you what I've concluded, at least in the short-term right now, and that is: Let's just say that we did allow a particular county to close down, as you say, shut down for two weeks or four weeks, whatever the number of weeks is. You know, the people out there, they are not inclined to shut down. So, who will the county get to enforce that shutdown?" Abbott said, adding, "We are still not seeing adequate enforcement of the current orders in place that are engineered to reduce the spread of COVID-19. We don't have to have orders that will force people into impoverishment if we get enforcement of the current orders."

RELATED: Texas teachers caught in the middle of political battles over schools reopening

Abbott also addressed the concerns that many teachers and school staff have about whether the Texas Education Agency (TEA) is doing enough to keep them safe as the start of the new school year approaches.

"TEA Commissioner Mike Morath is focused on protecting the safety of students, teachers and parents, and he's working on that every single day," Abbott said. "For teachers, for parents, there is built-in flexibility at the school board level that empowers the school board to make decisions about when will the school year begin? How will it begin? Will it begin with students in seats in classrooms or will it begin online? As well as other strategies in place, to make sure that the best safety practices will be able to be adopted at the local independent school district level."