During her stay at the hospital, she was put on a ventilator for 10 days. 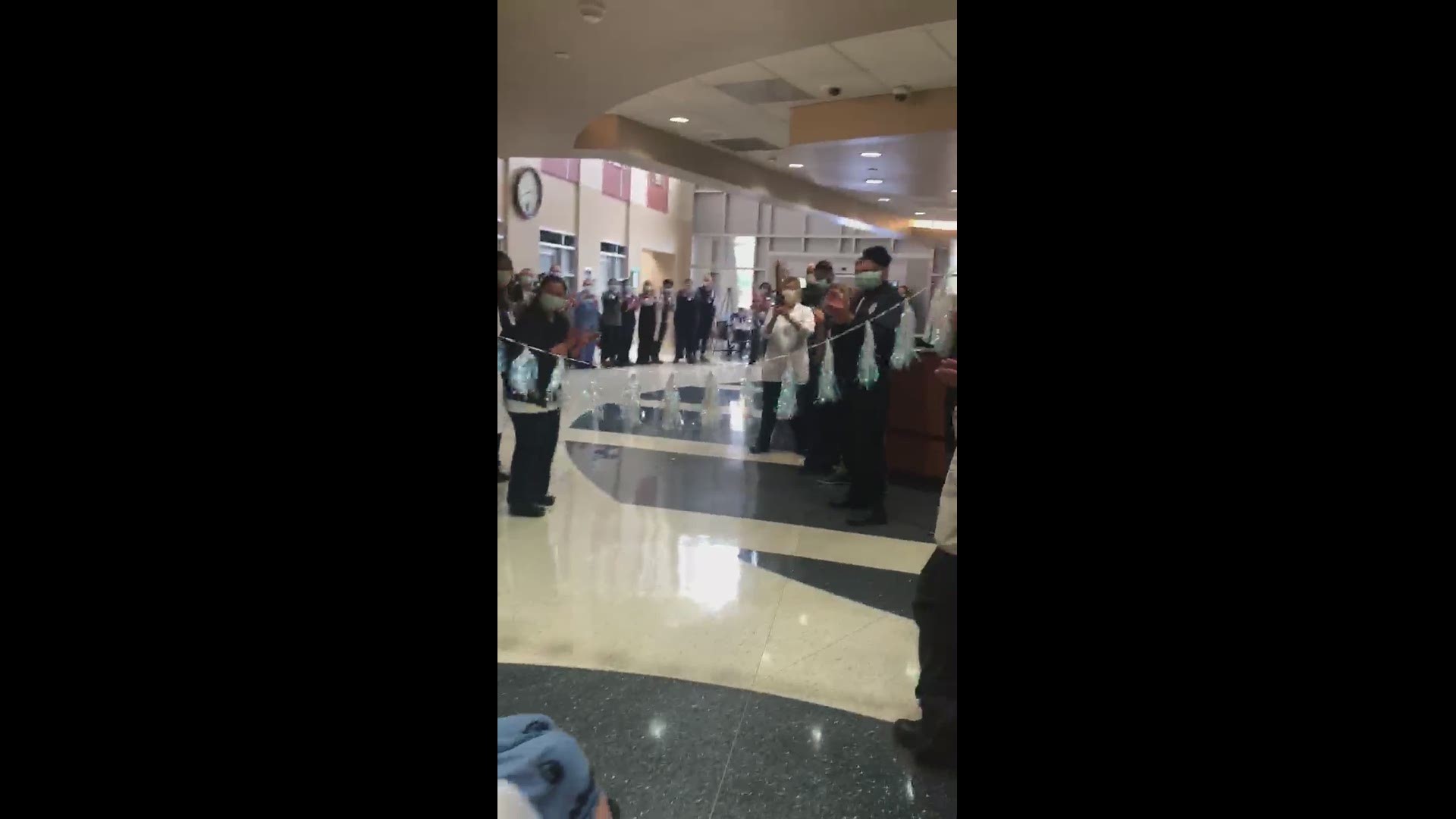 AUSTIN, Texas — After spending more than two weeks in an Austin hospital due to complications with the coronavirus, a woman finally went home. And her hospital staff threw a party to mark the occasion.

In mid-March, the 44-year-old woman went to the emergency room with a cough and a fever, according to the public relations company for St. David's South Austin Medical Center. The woman later tested positive for COVID-19.

During her stay at the hospital, she was put on a ventilator for 10 days. One day after her breathing tube was removed, the hospital staff said she was sitting up and feeding herself ice chips and Jell-O.

After spending 16 days in the hospital, the staff there said she was free to go. As she was wheeled out toward the lobby of the hospital, dozens of staff members greeted her with cheers and banners.

In Travis County, officials have reported more than 350 cases of COVID-19 and three people have died. KVUE put together a break-down of the cases by county in Central Texas.

Doctors thought Round Rock man had pneumonia. Days later, he died from COVID-19