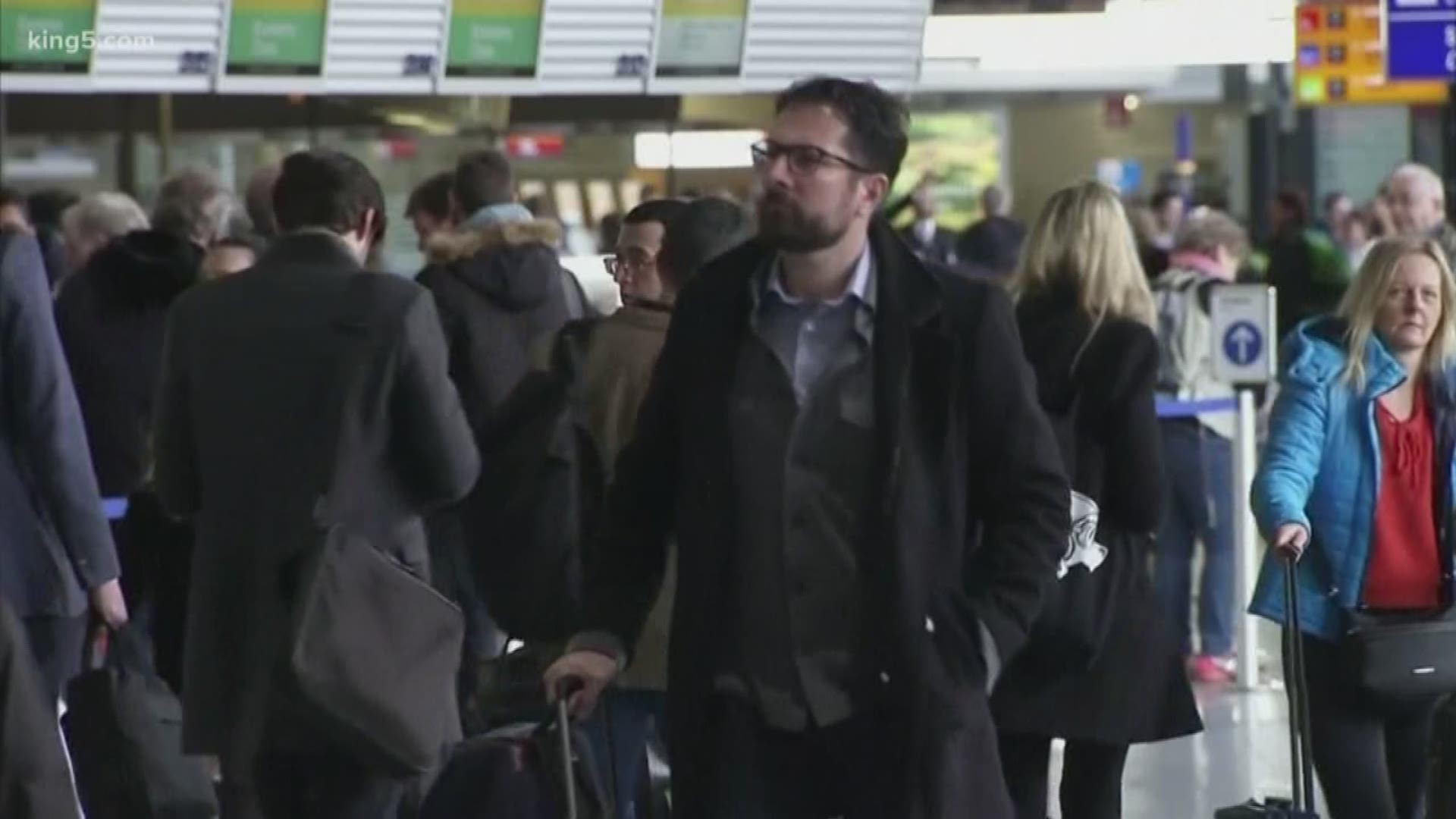 SEATTLE — Nicole DiNicola of Bellevue and her husband were planning to take flight this weekend to Ireland, but the coronavirus outbreak changed their plans.

“We are a little bummed to miss it but we totally understand the circumstances,” DiNicola said.

They have joined the long list of airline passengers that are now navigating a logistical nightmare. They were supposed to be on a flight to Ireland Saturday for a vacation but decided to cancel.

“Over the last couple of days we’ve really been struggling to get our travel arraignments either moved or canceled or refunded,” DiNicola said.

Experts say the airline industry is feeling the stress from the coronavirus that it hasn't felt since shortly after 9/11.

Delta Airlines announced Wednesday its cutting international flights by 25% in the wake of the outbreak and many other major carriers are following suit.

This all comes as President Trump announced a travel ban impacting 26 countries all in an attempt to stop the spread of the virus.

At home, airlines are working to calm the nerves of passengers still planning on flying.

Seattle-based Alaska Airlines rolled out what it calls "enhanced cabin cleaning," detailing crewmembers cleaning every surface inside the plane.

A video released from Paine Field in Everett shows crews using special UV technology to disinfect aircraft and the terminal.

It's something DiNicola and her husband won’t benefit from because they won’t be flying.

“We’re not necessarily worried about ourselves we’re worried about other people that we could potentially harm in the process of our travels – we both have parents and grandparents that we love dearly so we really need to do what’s best for everybody," she said.

It's a decision the couple made out of an abundance of caution and one that continues to stress an industry that’s trying to stay airborne.