The main demands of those organizing the walkouts include more personal protective equipment and pay during the COVID-19 crisis. 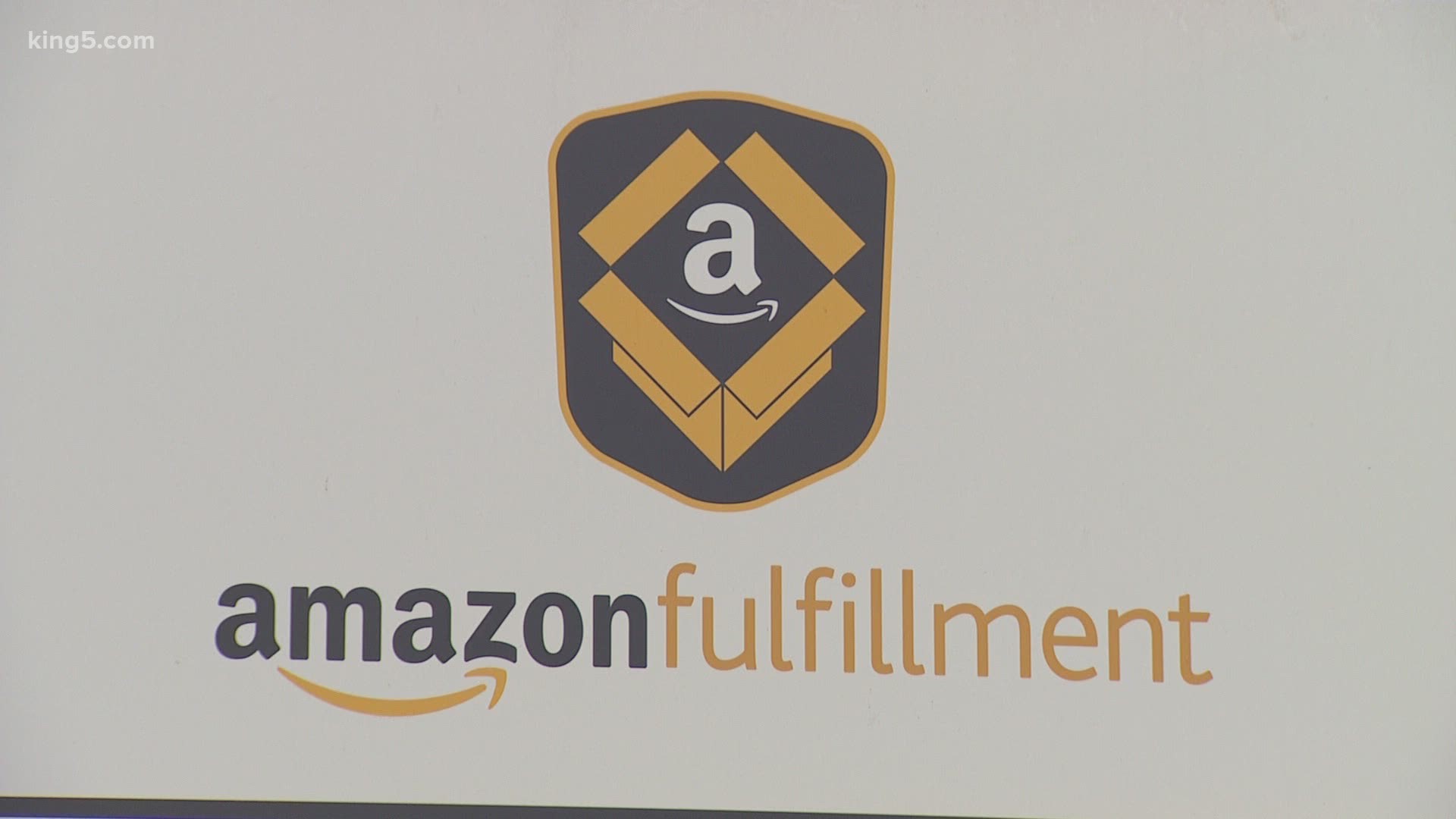 Workers for multiple major retailers including Amazon, Whole Foods and Target are being urged to take part in a general walkout and sickout on Friday. The focus is to protest working conditions amid the ongoing coronavirus pandemic.

May 1 is traditionally known as International Workers' Day, often marked by marches and protests in honor of labor.

One of the people behind the walkout is Christian Smalls, a former Amazon worker who was fired after organizing a walkout last month at an Amazon warehouse in Staten Island, New York. Amazon said Smalls received several warnings for violating social distancing guidelines.

"At the beginning of the COVID-19 pandemic essential workers were subjected to exposure in our workplaces due to the lack of PPE, flawed policies, and dense safety guidelines. Because of the failings of our employers, many of our fellow employees have contracted this deadly virus and some have died," read a press release from the organizers, including Smalls.

The organizers also accuse companies of retaliating against workers

Workers from Amazon, Whole Foods, Target, Instacart and Shipt are being urged to take part.

The demands vary depending on the company, but the most common requests involve providing personal protective equipment (PPE), cleaning supplies and increased pay.

Amazon and Whole Foods workers are calling for retroactive pay, hazard pay, to have all workers who have had a COVID-19 test to be placed on paid leave until the results are confirmed and to not have to return to work until they test negative, and to have buildings that have positive cases shut down for at least 14 days with pay given to all affected workers.

They also call on Amazon to reinstate workers who have been fired during the pandemic for refusing to work or for protesting. They also accuse the company of being vague as to the number of actual workers who have tested positive for COVID-19.

An Amazon spokesperson released a statement Friday afternoon saying the company saw no measurable impact from the protests. He also said Amazon has provided millions of masks, gloves, hand sanitizer and wipes among numerous measures aimed at protecting employees.

"Health and safety is our top priority and we expect to spend more than $800 million in the first half of the year on COVID-19 safety measures. Our focus remains on protecting associates in our operations network with extensive measures including distributing face masks, disinfectant wipes, hand sanitizer, implementing temperature checks, operating with strict social distancing protocols, and recognizing their contributions with additional pay and leading benefits," said Av Zammit, Amazon Spokesperson.

RELATED: Amazon employees say they were fired for speaking out about company conditions

Workers for Target and Shipt are asking for hazard pay of $5 per order, PPE for every shopper and to expand protections to all retail stores served by Shipt. Shipt is a company that hires people to shop at multiple retailers and deliver items to customers.

Target announced last week it was extending a temporary $2 per hour wage increase for workers until May 30 and is providing masks and gloves for workers to use during shifts.

Target provided a statement saying it implemented measures in March to increase safety including cleaning each checkstand for every customer transaction and rotating use of checklanes for deep cleaning.

"While we take them seriously, the concerns raised are from a very small minority. The vast majority of our more than 340,000 frontline team members have expressed pride in the role they are playing in helping provide for families across the country during this time of need," Target said in a statement.

Shipt says on its website it is providing up to 2 weeks of financial assistance to shoppers who are diagnosed with COVID-19 or have been forced to quarantine, and will continue to pay them their average weekly earnings during the 4 weeks prior to their diagnosis or quarantine. Shipt also says it is partnered with Target to provide its shoppers with gloves and a mask each day.

Shipt said in a statement that it has "taken numerous actions recently to support shoppers, including distributing protective equipment, providing financial assistance and paying bonuses."

"We’re very appreciative of Shipt Shoppers’ commitment to provide an important service to communities nationwide, and continue to see record numbers of shoppers deliver food, household goods and medicine to customers across the country each day," the company said in a statement.

Instacart workers are also demanding supplies of PPE and other cleaning supplies, $5 hazard pay, a default 10% tip in the app and extended pay for workers diagnosed with COVID-19.

“We remain singularly focused on the health and safety of the Instacart community," Instacart responded in a statement. "Our team has been diligently working to offer new policies, guidelines, product features, resources, increased bonuses, and personal protective equipment to ensure the health and safety of shoppers during this critical time. We welcome all feedback from shoppers and we will continue to enhance their experience to ensure this important community is supported.”

The firing of Smalls by Amazon has come under scrutiny, with New York Attorney General Letitia James alleging the company may have violated the state's whistleblower laws, according to NPR. Amazon reportedly responded, saying it respects workers' rights to protest, but that those rights don't include actions that endanger the health of others.