After SXSW was canceled and restaurant dining rooms and bars have been temporarily closed, many spots on Sixth Street have boarded up. 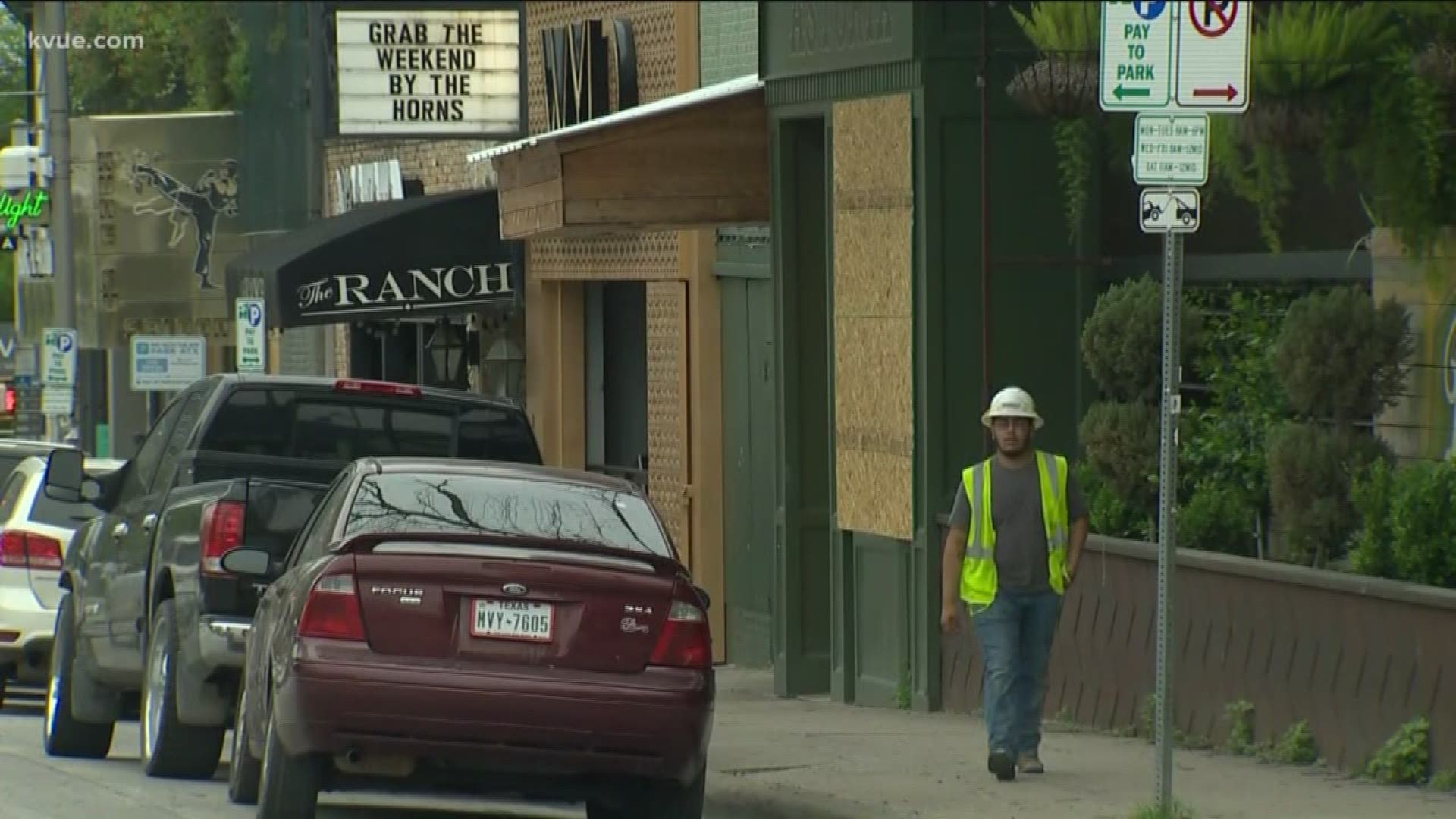 AUSTIN, Texas — The cancellation of South by Southwest was just the first hit the entertainment district took. Shortly after, restaurant dining rooms and bars were temporarily closed to help prevent the spread of COVID-19.

"We've had to wrap our mind around it. This is a very difficult time," said Bob Woody, a local business owner.

Woody owns multiple bars are restaurants that are all shut down right now.

He said March is a big month for Sixth Street businesses, especially after a few slower months.

"You hit January, and everyone has to pay for Christmas, it's cold and wet. You hit February, same story, but you're just living for South By, and then South By hits, and it's a miss," said Woody. "I mean, we missed it completely."

"Austin is busy year-round, but we definitely have seasonal pushes that are our big months, so, March is huge. It’s the biggest month for us besides October," said Berry. "For us to not have March this year, and South By was depressing to say the least, definitely is depressing to people’s pocketbooks."

How the IRS will distribute 2020 economic impact payments

Texas unemployment rate jumps 1,600%. Here's how you can get help

Q&A: How small businesses hit by coronavirus crisis can get aid starting Friday

"When it got taken away, I know that that hit everybody pretty hard," Berry said.

Berry also said he's not sure if everyone will come out of this still operating.

"We’re a resilient city. We’ll do what we need to do to make sure our neighbors are being taken care of. Unfortunately, there’s going to be some people that we probably lose. But I don’t think that’s going to be limited to bars," said Berry. "I think we’re going to be looking at big companies that you never thought would be in this situation that are taking a big hit. We don’t know when we’re going to come out of this."

Woody said he believes it will take some time before things get back to normal in the entertainment district.

"I think we will get back where we were, I do. I think all of it will come back that way. I think we’ll be more mindful for this, and that this is something that we learned from and try to find the positives," said Woody.

Whole Foods at The Domain employee tests positive for COVID-19