If it comes to that, the mayor said he hopes to work 'in concert' with Gov. Greg Abbott. 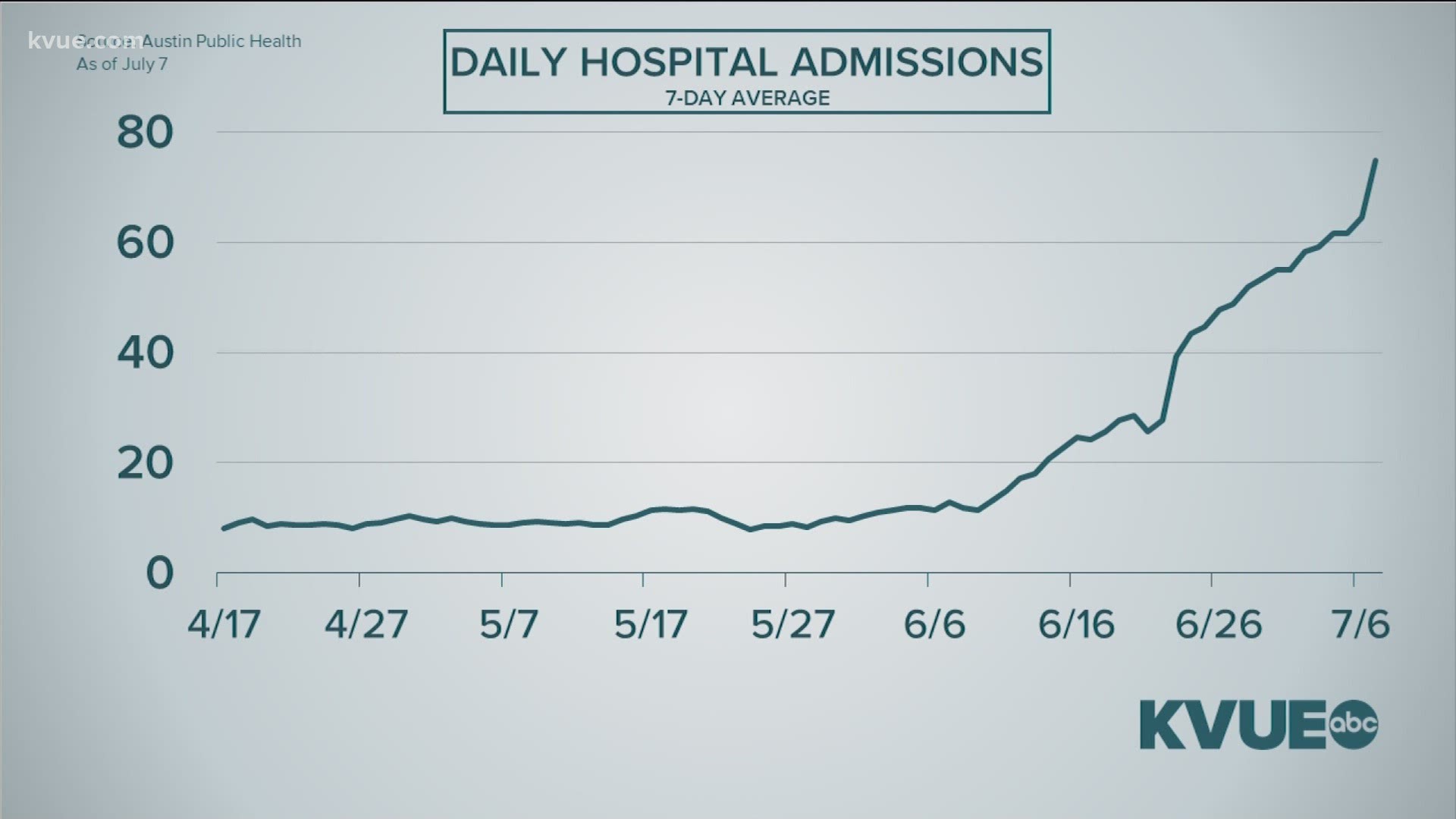 The guidelines, if met, would recommend people go back to work only to essential businesses and avoid all gatherings outside, dining inside restaurants and any nonessential shopping.

"The numbers that were reported from the hospitals were reflecting the admissions for that day. But what we subsequently found out is that there were additional people who were already admitted to the hospital who were then determined to be COVID-19 positive, and they weren't being added to that day's admission numbers," Dr. Escott said. "It wasn't balancing out when you look at the number of new patients hospitalized as compared to the difference between the admissions and discharges for that day."

"What we said formally was we don't enter into Stage 5 until Escott says we need to go into Stage 5. And he would order that somewhere between 70 and 123 [of the seven-day rolling average]," he said. "It may be that he keeps us in the orange range a little bit longer. This gives the community more time to bend the trajectory even more."

So far, however, Adler said he's feeling optimistic because the number of COVID-19 cases and hospitalizations hasn't surged as badly as officials had predicted they would.

"Two weeks ago, I came to the community and said, 'Hey, everybody. We're going up, putting more people in the hospital on the trajectory that we're on. We're in a real world of hurt. Let's see if we can move that trajectory,'" Adler said. "If you look at the community's behavior over the last two weeks, my feel is, anecdotally, the community has responded. People are wearing masks. More people are staying home more. My anticipation would be that we have changed the trajectory so we don't probably, would not need to have to go into Stage 5."

In an interview with KVUE on Monday, District 4 Councilmember Greg Casar said if the hospitals do get overwhelmed, he could see the city shutting down businesses – with or without Gov. Greg Abbott's help.

"If he doesn't allow it, I think we may have to just do it anyways ... even without permission. And that wouldn't be good because then you have these conflicting messages in the middle of a crisis, which we don't want to have," Casar said.

Adler, however, is focused on the numbers and on working with the governor.

"Closing down businesses and closing down the economy is the last resort. No one wants to do that. People have invested in trying to reopen their business," he said. "I would hope that if we got to that place, as a last resort, that we would be doing that in concert with the governor."

According to a press release from Austin Public Health, the determination about whether Austin and Travis County have officially entered Stage 5 will be made later in the week.