Alder also told MSNBC he wished the federal government would help states out more with getting personal protection equipment for medical professionals. 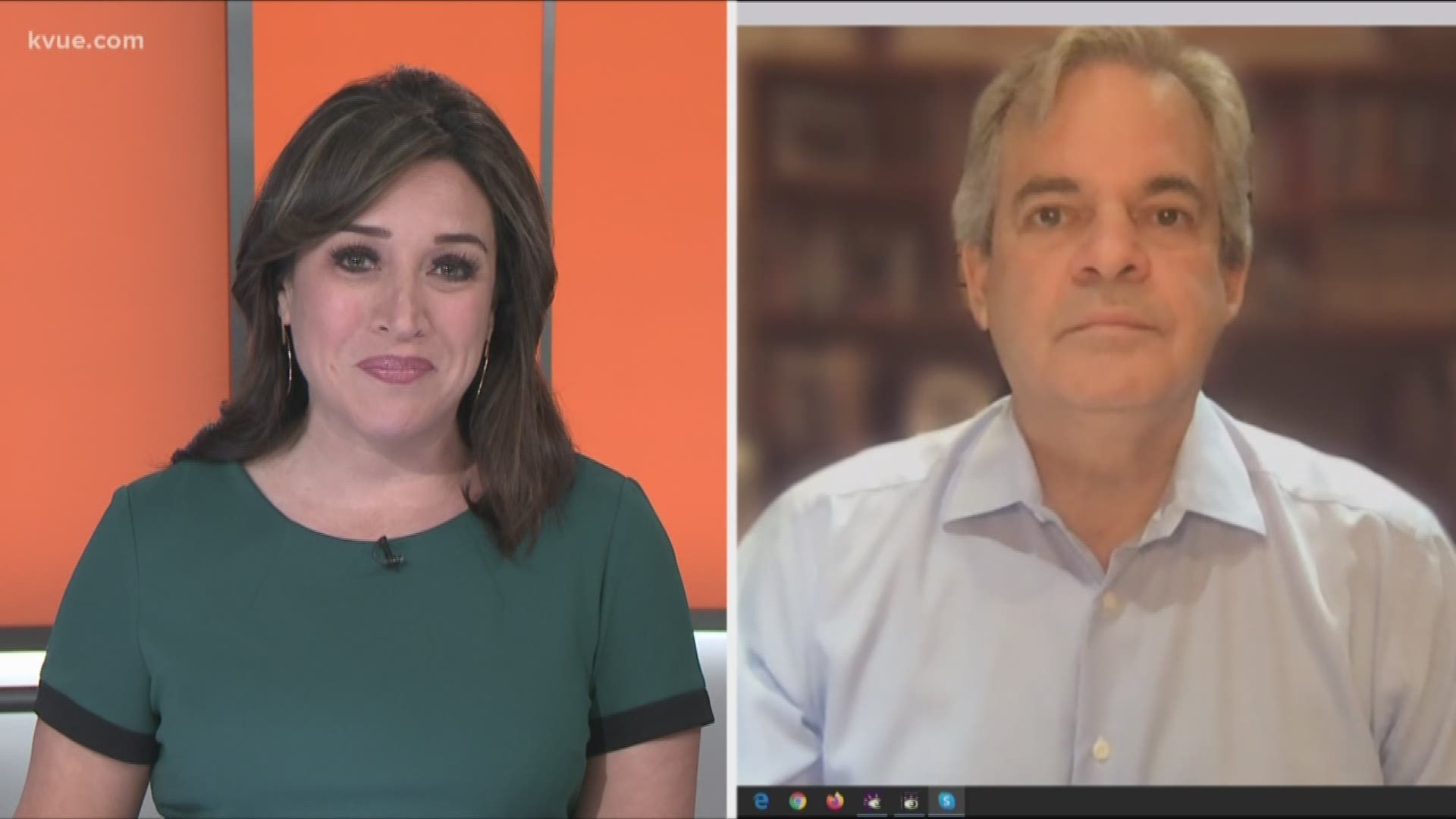 AUSTIN, Texas — Austin mayor Steve Adler appeared on MSNBC Sunday and said he was concerned about businesses reopening in Texas.

Adler told MSNBC he believes it could lead to an increase in new coronavirus cases.

During an interview on KVUE Daybreak, Adler said the virus is still here in Austin, and people should continue to practice social distancing.

"What the scientists tell is us that if we relax and don't decrease physical interactions by 94%, and we dip below 80%, then we're going to be on a path that overwhelms our hospitals," Adler said. "So, we have to stay higher than 80%."

The mayor added that the city saw an increase in outdoor activity as Texas began to reopen on Friday, May 1.

RELATED: Austinites are going outside this weekend, but are they practicing social distancing?

"As you look around this weekend, do you think we as a community kept physical and social interactions to an 80% decrease or above? We will know the answer to that question in two to three weeks because what we did this past weekend will start showing up in our hospitals in about three weeks," Adler explained. "Then we will know if it was a big spike or a little spike, and if it's something we can handle or something we can't handle."

As of Friday, May 1, some restaurants, malls, retail stores and movie theaters have been allowed to reopen at a reduced capacity, but bars, gyms, nail salons and other businesses are not allowed to reopen.

RELATED: Am I supposed to wear a mask now in Austin-Travis County?

The City of Austin has provided guidance on activities and information for businesses that have recently opened, or plan to open soon, under Governor Abbott’s April 17 Executive Order GA-18 which supersedes some provisions of the “Stay Home – Work Safe” Order.

Adler told KVUE he was not planning on going out to any restaurants yet to prevent the possibility of spreading of COVID-19.

Adler also told MSNBC Sunday he wished the federal government would help states out more with getting personal protection equipment, or PPE, for medical professionals.

Coronavirus updates in Central Texas: Travis Co. COVID-19 case count up to 1,756; Austin Animal Center to remain closed to the public through May 29

LIST: These Austin-area restaurants are opening for dine-in on Friday, May 1

Austinites are going outside this weekend, but are they practicing social distancing?

Rural Texas counties reopen faster than others under state rules