Here's a look at the bars and restaurants in Travis County that were found to be in violation of emergency orders by the TABC. 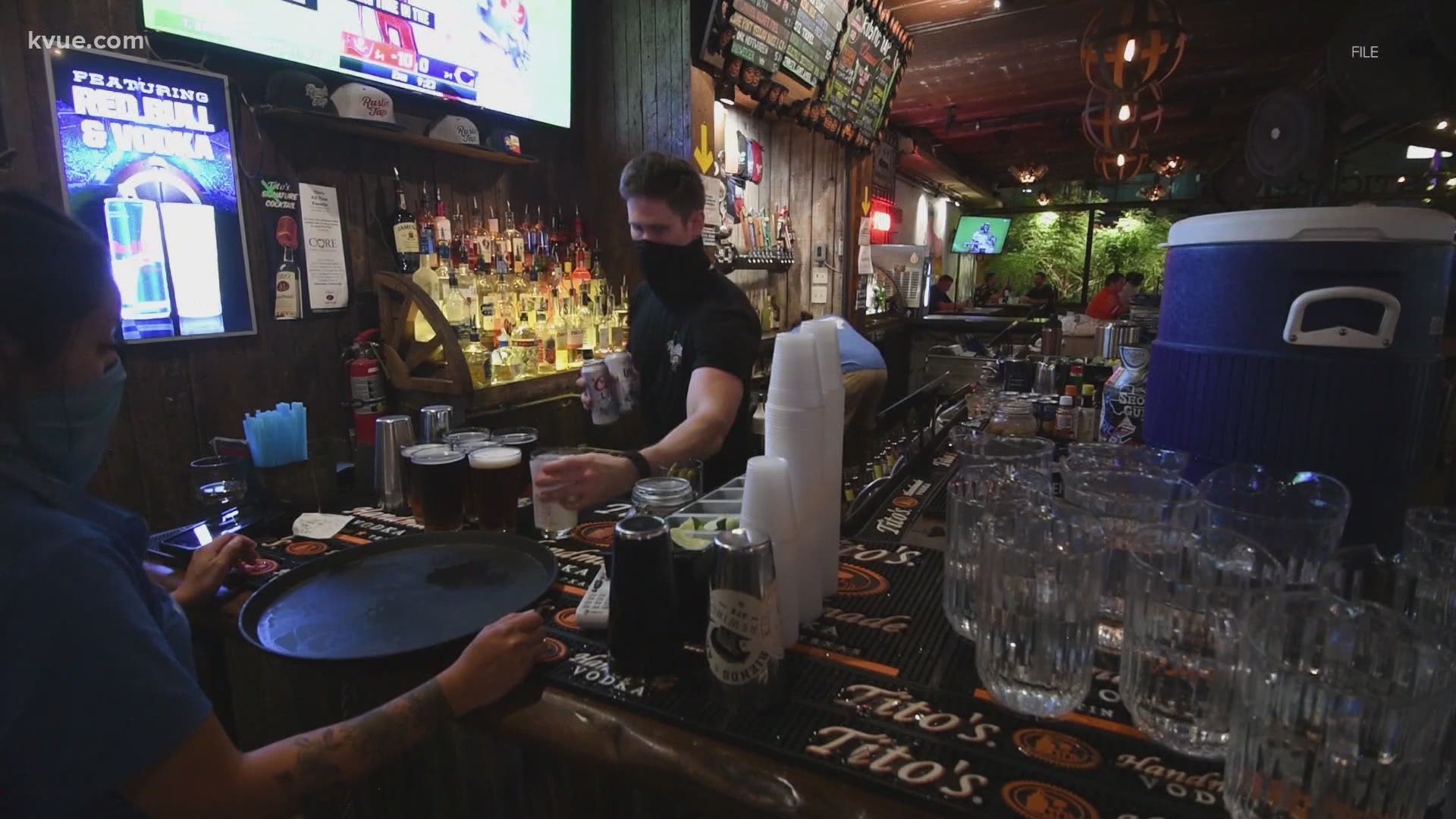 AUSTIN, Texas — Dating back to June, the Texas Alcoholic Beverage Commission (TABC) inspected 23,801 establishments serving alcohol. Of those, 650 ended with a violation and 208 ended with an emergency order request, according to TEGNA Texas Deep Dive reporter Erica Proffer.

Looking at Travis County, specifically, 14 establishments warranted a total of 15 violations from the TABC dating back to June. Five were found in violation in June, one in July, one in August, three in September, four in October and one in November, as of Nov. 23. Six of those violations resulted in a suspension, eight were written warnings and one was "dismissed without prejudice."

This is a list of the penalties issued by the TABC since June (Source: TABC):

View the TABC violations citations geographically on the interactive map below:

"TABC relies on information provided by the public to help our agents identify potential problem areas. Any complaints we receive, whether it’s a direct report, a social media post, or provided video or images, allows us to send agents where they’re needed most," Chris Porter, public information officer, said.

Only bars in counties listed on the TABC webpage can open, and they can only open at 50% capacity. On Oct. 7, Gov. Abbott said bars in Texas can open at 50% capacity starting on Oct. 14, if the county judge of each county opts in with the Texas Alcoholic Beverage Commission (TABC). Travis County has not opted in as of Nov. 23.

Some bars have been able to reopen as restaurants, however, and the TABC said they’d continue to operate as a restaurant after Oct. 14.

"We’re working on a process for businesses that want to revert back to operate solely as a bar," a TABC spokesperson said. "Ultimately, the indoor capacity is going to depend on whether they choose to continue to operate as a restaurant, or if they wish to revert to purely bar status."

KVUE has reached out to the bars on this list from the TABC.

The Buzz Mill owner told KVUE that the TABC gave them a written warning to "get their paperwork in" in order to achieve a license to operate as a restaurant.

Whiskey Tango Foxtrot Icehouse released a statement in June requesting an immediate hearing on their suspension:

"Like many small businesses, Whiskey Tango Foxtrot Icehouse has struggled to survive in these trying times; however, the State has decided to further jeopardize our survival by over-reaching and penalizing small businesses for the individual choices of their patrons and their rights."

No. 20 Texas Longhorns vs. No. 15 Iowa State football game to air on KVUE