According to an Austin-Travis County press release, 1,800 people created accounts to fill out the public testing enrollment form. 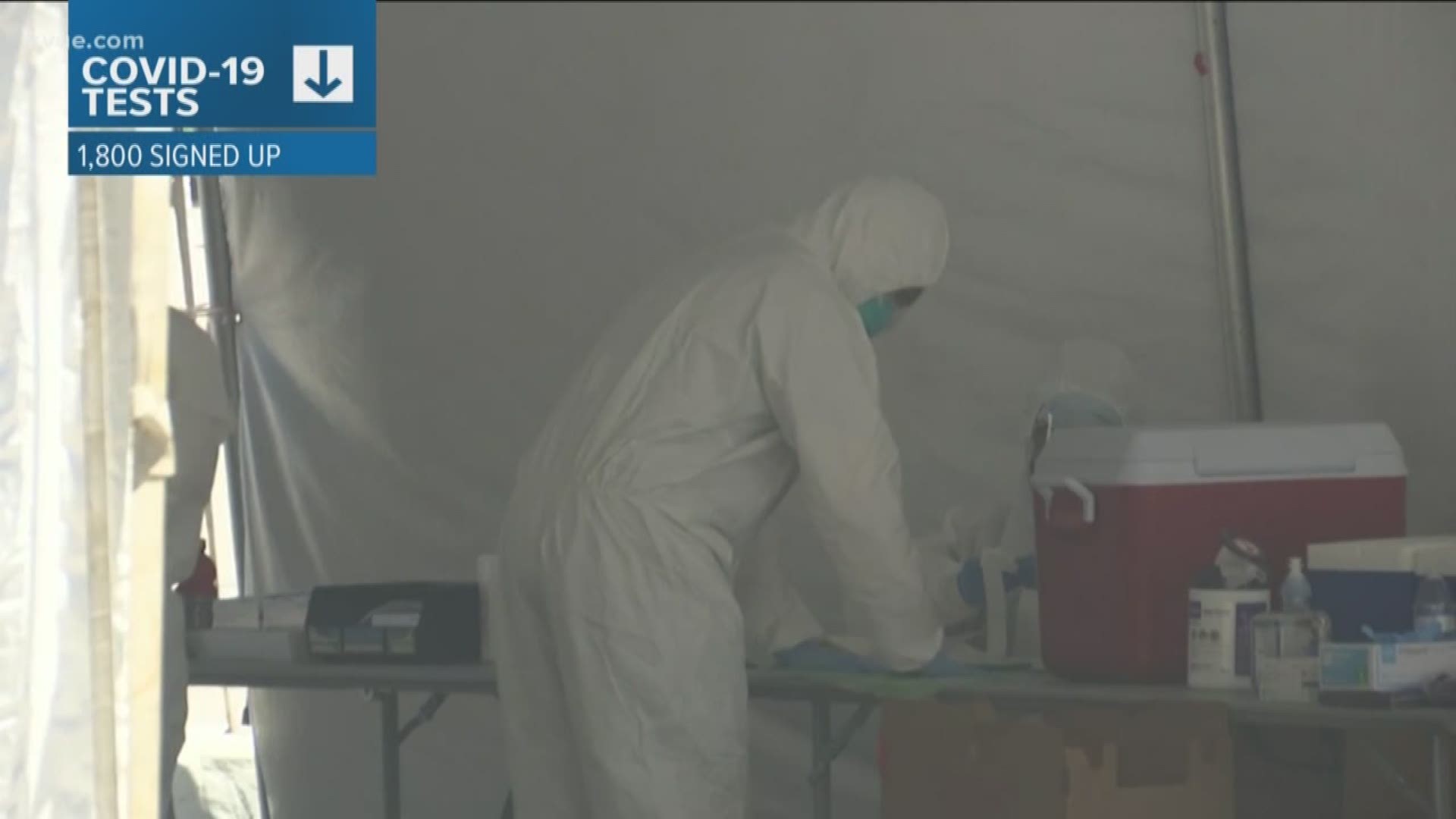 AUSTIN, Texas — With the launch of the City of Austin's public testing enrollment form, Austin-Travis County said the number of people being tested for COVID-19 is increasing.

According to an Austin-Travis County press release, 1,800 people created accounts to fill out the form, and of those people, 538 of them met the necessary criteria and have been scheduled for a COVID-19 test.

On Saturday, April 25, 123 patients were tested and 300 people are currently scheduled to be tested on Tuesday, April 28. Austin Public Health expects to administer approximately 2,000 tests per week as more people begin to fill out the form.

VERIFY: Do not ingest or inject disinfectants under any circumstances

“I'm pleased that we've been able to continually increase our testing here, but according to some recommendations we would need to run close to 2,000 tests a day to reach the goal that they suggested. We’ve still got a long way to go,” Austin-Travis County Interim Health Authority Mark Escott said.

According to the press release, the testing per capita rate for Travis County is 6.6 per 1,000 people. Department of State Health Services data shows there have been 8,386 total tests conducted in Travis County as of April 13.

“When we look at cities like Houston and Dallas, the rate of positivity is on the range of 18% of the tests are positive,” Escott said. “Ours is hovering between 10-12%. That lower rate of positivity generally indicates a better rate of testing so we'll continue to track that with a goal to reach a rate of 5-6% positive.”

WATCH: Tracking the spread of coronavirus across Central Texas

More trouble is brewing in the beer industry

'The Eyes of Texas' like you've never heard it before: 25 UT percussionists create mini-masterpiece