'We are not past this': Mayor Adler to extend Austin-Travis County stay-home order

To clarify the "confusing" messaging coming from the State, Mayor Adler plans to announce an extension to the stay-home order. 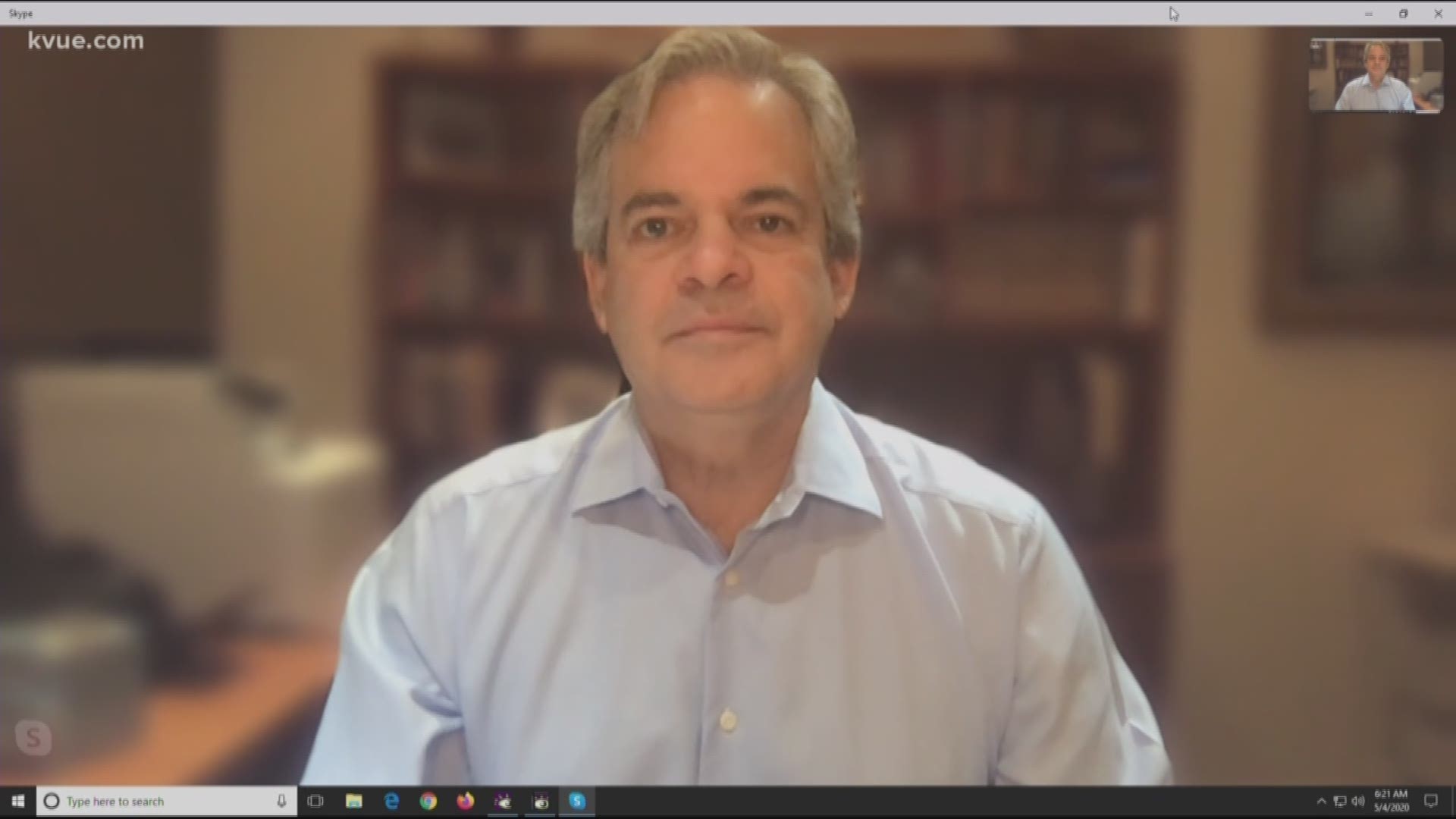 AUSTIN, Texas — Austin Mayor Steve Adler said the messaging from State has been "confusing," after Gov. Greg Abbott partially reopened the state on Friday, May 1. The mayor is now trying to clarify some of the confusion, adding that the City will extend the stay-at-home order in Austin-Travis County.

The stay-at-home order is set to expire on May 8, but the mayor told KVUE that city leaders have plans to extend the order.

"It's kind of confusing right now with the messaging from the State, and we're going to try and clarify that this week by extending our order," Adler said.

Adler did not say how long the order will be extended or give a date on when city leaders will announce the order extension.

"We are not past this," Adler said on KVUE Daybreak Monday, May 4. "It's not like we have cured the virus, because we have not. It is as infectious and as deadly as it was a month ago."

Adler also encouraged people to stay at home as much as possible, with the exception of essential workers "to minimize the contact as best we possibly can, or we are going to start seeing a spike, and that's the concern."

"We did a really good job of flattening the curve," Adler said, referring to how Austin hasn't hit its hospital capacity, intensive-care-unit capacity, or ventilator capacity. "The concern is that can change on the dime. ... I am concerned with the number of social interactions that are happening right now. The work we did over the last four weeks will not have any impact over the next two to four weeks if we're having more and more physical interaction."

Austinites are going outside this weekend, but are they practicing social distancing?

Adler also told KVUE he was worried Austin could have a second surge of the virus. People should still be wearing masks, limiting their social interaction, "and staying real vigilant."

"Austin had cut down physical and social interactions and reduced them by 94%. No one was sure that we could do that but we did it as a community," he said.

Adler emphasized that the virus is still here.

"As a community, if we relax and slip below 80%, we will be on a path that overwhelms our hospitals. ... The truth is, we don't know, the governor doesn't know, no one knows what's going to happen to the amount of infections as we begin to open up businesses," the mayor told KVUE.

Adler and his team are keeping a close watch on the numbers as businesses reopen. All of this affects the local economy, which Adler said, "is hurting really badly." February saw 1,500 unemployment claims and, as of April 18, the numbers were up to 60,000 unemployment insurance claims.

"I understand the cause to reopen the economy and put people back to work," Adler added. "But we know from history that the best way to ensure as a city we can come out of this is to not get overrun by the virus. The most important thing we can do for our economy right now is to contain the virus."

Adler said they are doing everything they can to help with the economic impact. City Council announced a new program to help with rental assistance and will be meeting on Thursday, May 7, to detail giving relief to nonprofits and organizations in town that need assistance.

Am I supposed to wear a mask now in Austin-Travis County?