As of May 7, Bastrop County has a total of 100 positive COVID-19 cases and two deaths. 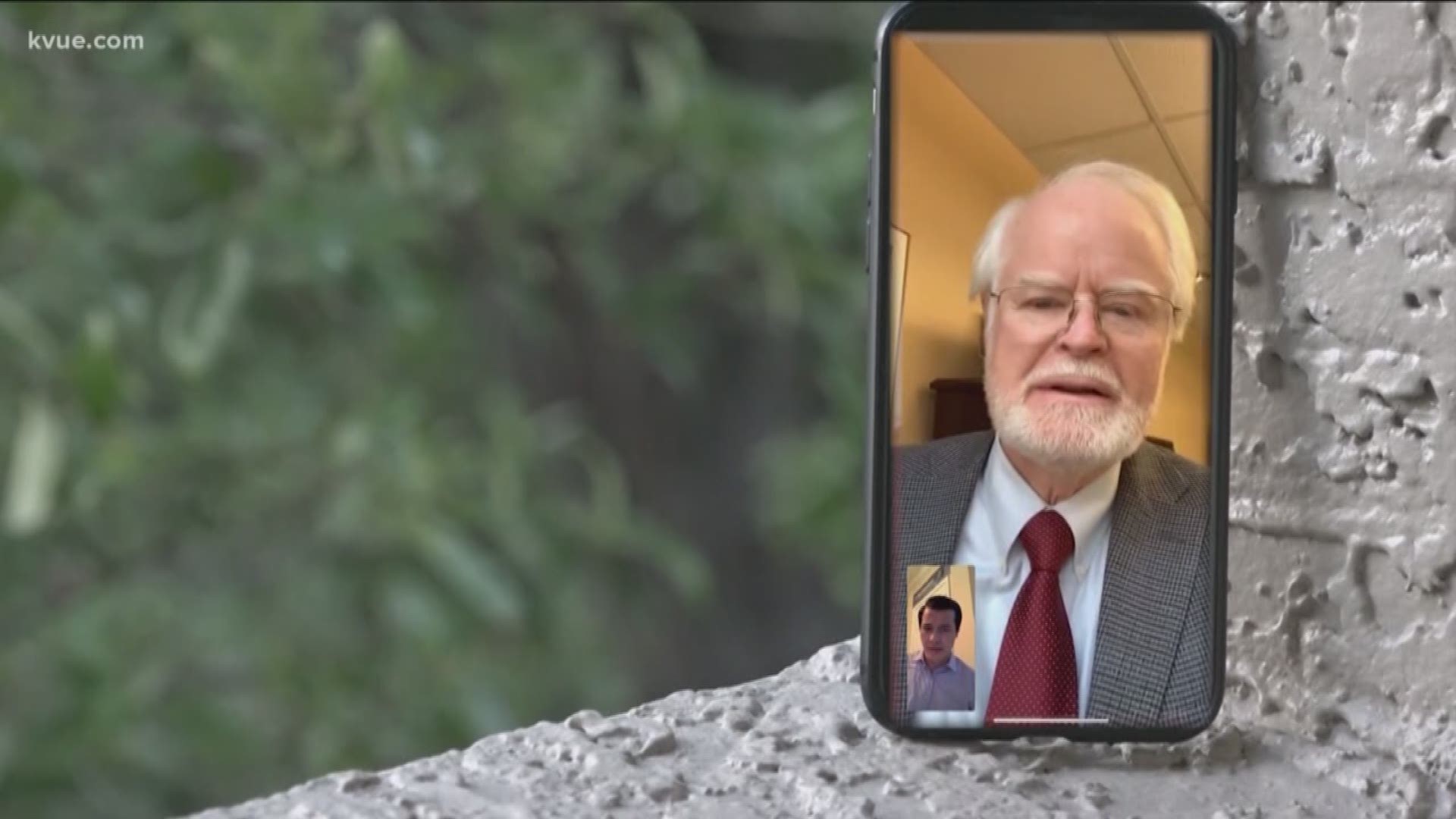 BASTROP COUNTY, Texas — Bastrop County Judge Paul Pape has confirmed that he contracted COVID-19, potentially back in February, indicating the coronavirus was within the community earlier than health officials thought.

Pape took a serological test on April 24. He said the doctor told him he had contracted the virus at some point.

"He said, 'No, we can't tell exactly. It's been a few weeks, maybe even several weeks, that you would have had this.' They said that by the marker of the antibody in your blood, you obviously have been in touch with this virus in the not too distant past," Pape said.

He added that his wife and a few colleagues who work closely with him also took the test, which came back negative.

A serological test, commonly known as an antibody test, measures the antibodies in your blood to help determine if you've ever been infected with COVID-19.

That test took out antibodies that show if a person's immune system has been in contact with COVID-19.

The judge said his symptoms started with a dry cough, but fatigue kicked in over the week and his cough became more persistent. He eventually went to his doctor where he said he received steroids and antibiotics to help. His lasted into the beginning of March before starting to feel better.

Pape said he was in contact with hundreds of people the few days before his illness began, but doesn't recall coming into contact with anyone who had traveled abroad.

"Well, as you know, in my business, I'm out and about a lot. And the week right before I got sick, there were actually two chambers of commerce, banquets, annual banquets, hundreds of people in each one of those banquets that I attended," Pape said.

Pape told KVUE that after the cough ended, he has had no other symptoms of the virus.

"My energy level is back to pre-illness levels and I'm feeling fine," Pape told KVUE.

The judge said he hopes his story encourages others and emphasized that the community is in this together.

"I’m thankful to know that COVID-19 is something that we can overcome. I’m generally a healthy person, and even at the age of 70 have no underlying medical concerns," said Pape. "Looking back on it, I’m certainly glad I sought medical care, even though no diagnosis was given. The medications I got helped my own immune system beat the virus."

According to the Bastrop Office of Emergency Management, the county had applied for a grant from the St. David's Foundation to get 5,000 to 6,000 tests.

Deputy Director Christine Files said frontline workers would be the first to have access to the test.

"The first reason is that the medical team believes that determining the level of exposure in essential workers could be an indicator of what the level of exposure in the general community may look like in the future since these workers have been continuously exposed to the public since the start of this virus," Files said. "The second reason is that antibody testing would allow us to determine the level of immunity present in our essential workers should we experience a second wave of COVID-19, although there is no guarantee that having antibodies confers any level of immunity."

As of May 7, Bastrop County has a total of 100 positive COVID-19 cases and two deaths. At least 31 people have recovered from the virus in the county. The county's first death was reported on April 6.