The death of a mechanic was reported on April 4. 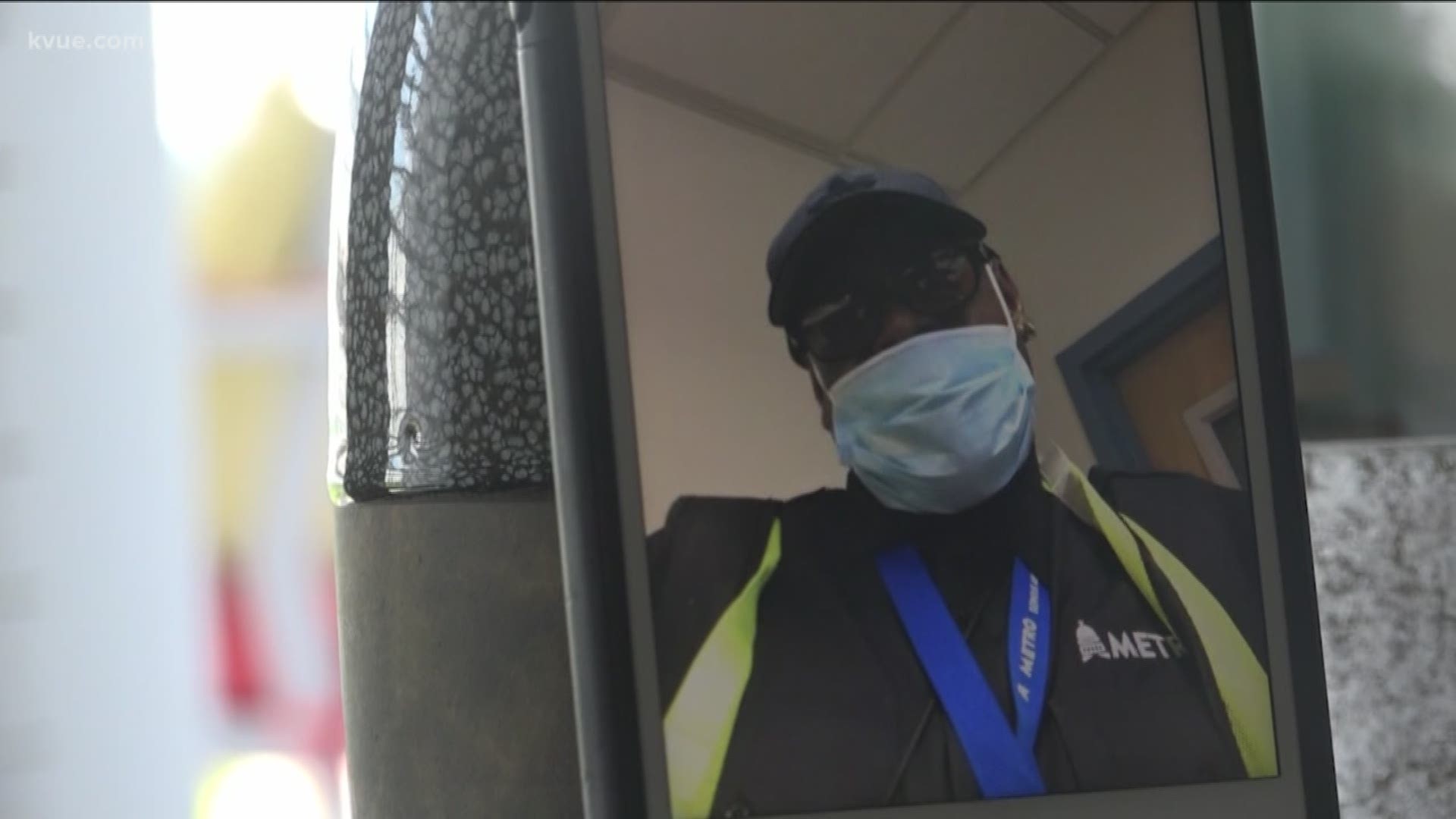 AUSTIN, Texas — Capital Metro has learned that at least 12 of its staff members — including nine bus operators — have tested positive for the coronavirus. One of their employees who tested positive died on Saturday, April 4, CapMetro said.

At least four employees have since recovered and returned to work, the agency said on April 24.

CapMetro released the following statement regarding the employee's death:

"We are deeply saddened to share with you the loss of a long-time member of the Capital Metro family on Saturday, April 4. While a cause of death has not been confirmed, we were made aware earlier this week that he tested positive for COVID-19.

This employee worked in the bus maintenance area and did not interact with the public. His last day on the job was March 16.

The Capital Metro family mourns the passing of our friend and colleague and our thoughts are with his family and loved ones during this time. We ask our Central Texas community to honor our beloved colleague by staying home and using our service for essential trips only."

The routes for the fourth bus operator, which was announced on April 8, have not been disclosed. Their last day at work was March 24. This person is recovering at home.

According to a CapMetro spokesperson, that person's route information was not provided because that person had not operated a route for more than two weeks. Thus, their exposure period passed and CapMetro did not want to "cause unneeded worry and confusion."

On April 17, CapMetro said an administrative staff member reportedly tested positive. That person's last day at the office was March 30, the agency said.

"Capital Metro strives to be transparent in our communication with our employees, customers and community, especially during times like these," a spokesperson said. "We are doing our best to provide information about which routes and dates our operators worked so that customers can proactively monitor their health. In addition, we have taken proactive measures over the past weeks that minimize contact between our operators and customers."

On April 21, CapMetro said another bus driver, who last worked on April 8, has tested positive for COVID-19.

The ninth driver was announced on April 28. Their last day on the job was April 19.

On May 18, Capital Metro said an employee who works at its 2910 E. Fifth St. facility has tested positive. Their last day at work was May 8.

Currently, all employees who must work in its facilities have their temperatures checked before entering and they are required to wear masks.

Safety measures implemented on its vehicles include a yellow chain that serves as a physical barrier between the operators and customers, free fares and rear-door boarding. According to a new Travis County order introduced April 13, all passengers and drivers are also required to wear facial coverings.

"I want to take a moment to thank everybody at Capital Metro for their commitment to serving our community," CapMetro president and CEO Randy Clarke said. "Through everyone’s hard work and diligence, we continue to successfully manage our daily operations through the COVID-19 crisis. As we reflect on all the work we're doing to support the COVID-19 response, I still want to let you know we are actively working on our future. We continue construction on the Downtown Station and our electric bus yard, and have taken extra measures to keep our construction crews safe as they continue this work. We are in this together, and I am so thankful for all the hard work and dedication of the CapMetro team."

CapMetro said anyone who has ridden the routes driven by these operators within the last 14 days should watch their health and contact their health care provider if they develop any symptoms. If symptoms such as fever, sore throat or dry coughs develop, the agency suggests self-isolation to avoid exposing others.

Since learning about the first cases, CapMetro removed the buses driven by the operators from service for additional sanitation. The agency said it started enhanced cleaning measures early in the COVID-19 pandemic by applying a disinfectant to common hand contact areas like poles, handrails, armrests, door handles and stop request buttons throughout the day. The agency also continues to monitor vehicles for overcrowding.

Capital Metro employees will have option to telework, company says

"We thank our staff, who continue to deliver a critical service to the Central Texas community during this public health emergency," the spokesperson said. "Capital Metro’s service should only be used for necessary trips, and transit should be reserved for those performing essential work or customers traveling to essential services, like grocery stores and pharmacies."

Additionally, CapMetro has issued a three-week supplemental sick leave program, which is in addition to paid time off already accumulated by an employee, to support team members with homes affected by the virus. It also launched its CapMetro Family Cares program to support such staff members.

"Our thoughts are with our affected employees and their families as we support them during this time," the spokesperson said.

The agency will not be releasing the names or medical updates about the ill at this time.

A record 6.6 million seek US jobless aid as layoffs mount