'It's just that contagious': Central Texas on brink of 4th surge of COVID-19

Health officials believe it can be prevented with more people getting vaccinated. 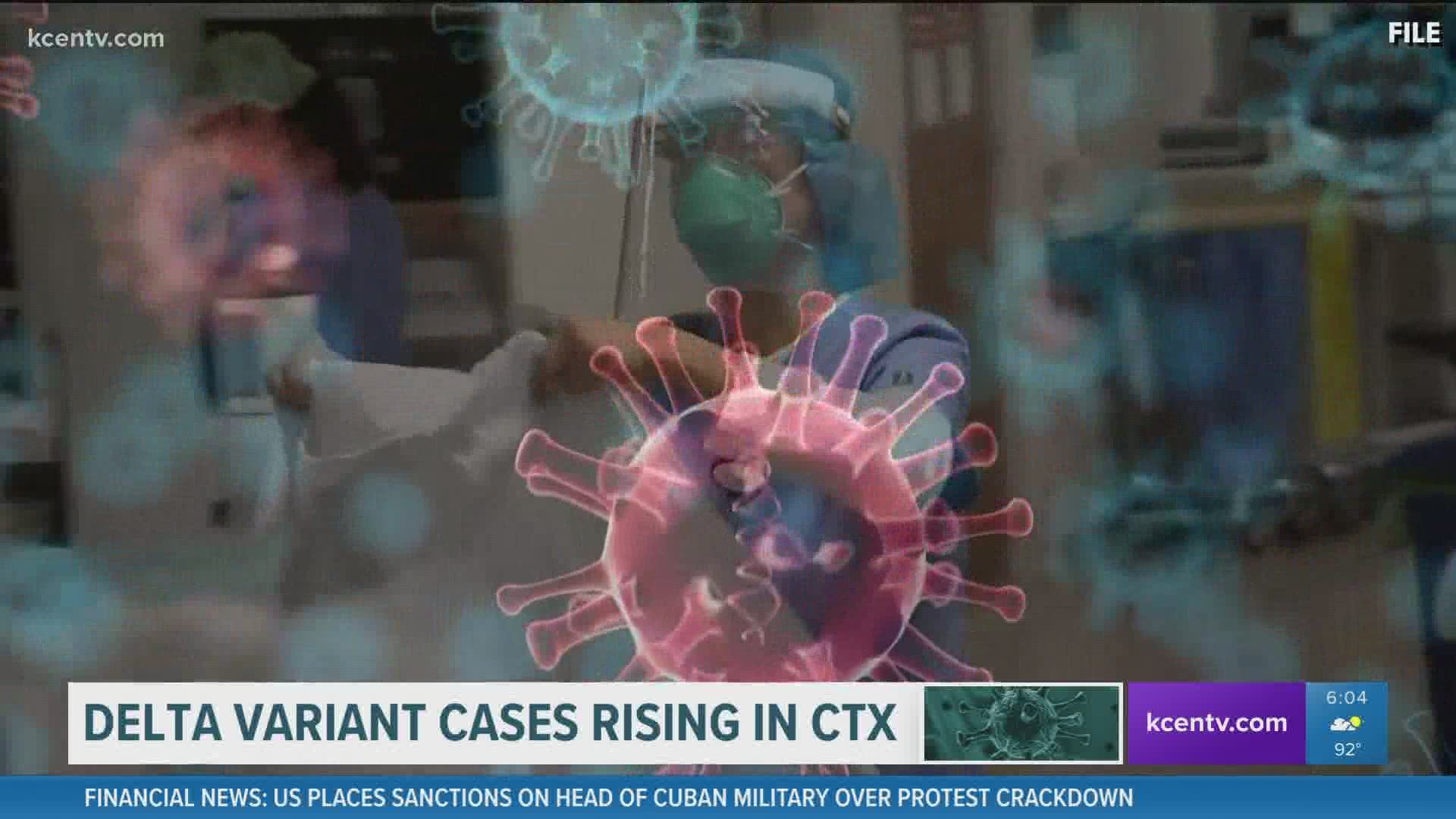 BELL COUNTY, Texas — In the past week, there have been more cases of COVID-19 in Central Texas.

Bell County was holding a steady count of 100 active cases; now it's jumped to more than 500.

Dr. Janice Smith with the Bell County Health Authority tells 6 News she and the rest of the department are frustrated. They're frustrated that COVID-19 hospitalizations and deaths are increasing once again.

"We're a little frustrated, because we think that this current surge that it appears that we're entering a new surge, is mostly preventable," she said.

According to Smith, Baylor Scott & White is doing testing for the variants on all of their samples, and they're seeing over 80 percent of the cases are the Delta variant.

It's been said the delta spreads 60 percent faster than the alpha and almost the vast majority of cases they're seeing are people who did not get the vaccine.

"There was a pocket in Killeen, and it seems like that's where this spread started," Smith said. "Killeen is still the major area where we're seeing the most cases, but we're seeing it throughout the county now, it is just that contagious."

The Centers for Disease Control and Prevention finds more than 97 percent of patients hospitalized and nearly 100 percent of those who've died are unvaccinated.

In Bell County, only about 33 percent of the population is fully vaccinated and new cases are up by hundreds in the last week, including children.

"What we're seeing with the delta variant is that along with being more contagious, it's affecting younger populations more so we are definitely more concerned about that," Smith explained.

Hospitalizations have increased for Baylor Scott & White and those infected are asking for the vaccine, but Dr. Marc Elieson says it's just too late at that point.

"The problem is we're not going to give them the vaccine while they're still sick; We need them to get over the illness," he said.

Doctors and health officials are sending the warning to pay attention and get vaccinated before it's too late.

"It is not a cure because COVID will never completely go away but it is largely protective, it is largely available and it works," said Elieson.

The issue at hand with the younger populations is that they can't get vaccinated. Health officials say the best preventative measure is masks, but they do tell me they're hopeful that the vaccine will be approved for kids sometime this fall.