Coronavirus in Georgia on May 5 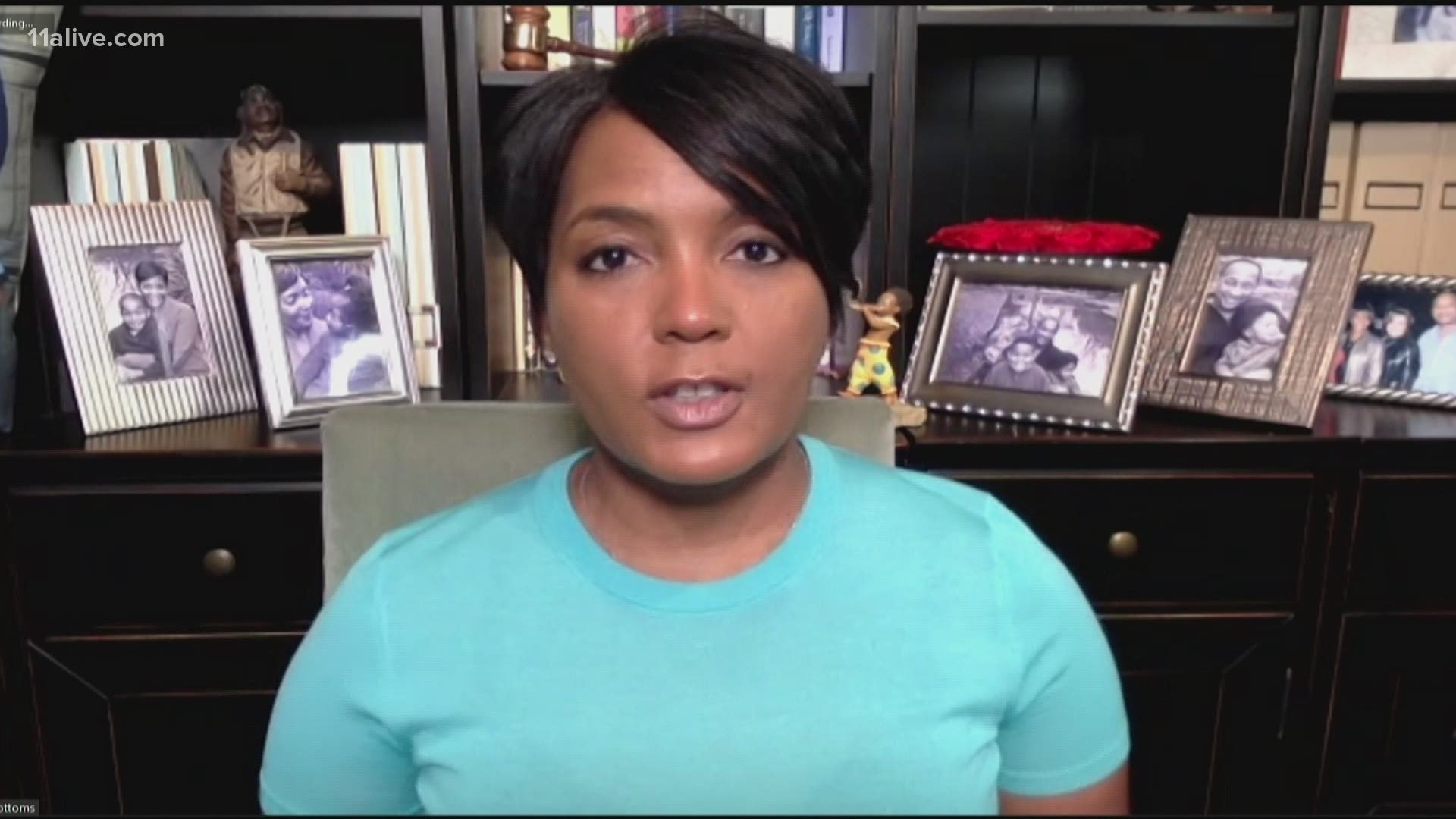 ATLANTA — Below is an archive

The Georgia Department of Health announced new cases of COVID-19 on Tuesday. As of 7 p.m., there are now more 29,839 cases of the virus reported in the state. The death toll stands at 1,294. Scroll to read more.

Visit the 11Alive coronavirus page for comprehensive coverage, find out what you need to know about Georgia specifically, learn more about the symptoms, and keep tabs on the cases around the world here. Have a question? Text it to us at 404-885-7600.

State and federal officials with the Atlanta-based Centers for Disease Control and Prevention (CDC) are continually monitoring the spread of the virus. They are also working hand-in-hand with the World Health Organization to track the spread around the world and to stop it.

The state has lost nearly 40 more people to the coronavirus since noon, according to data from the state health department.

Notable, Dougherty County, a long-time hot spot for coronavirus in the state, is no longer listed as one of the top five counties. It now falls behind Hall County, which is emerging as a hot spot for the virus.

The Fort Mac LRA and Tyler Perry Studios said they have entered into an agreement to help the production facility get back up and running again.

"The goal of resolution and agreement is to make sure that the talented staff and crews can be housed safely while getting people back to work during this unprecedented financial and health related crisis," Fort Mac Spokesperson Mark Hayes said.

Tyler Perry Studios was once part of the Fort McPherson Army base. It has 141 barracks, 40 historic homes and 30 homes he built that are also livable.

The Dougherty County coroner has had a long couple of months, so every little bit of hope is a reason to celebrate.

While it is only Tuesday, it is a glimmering bit of news the county devastated by the virus may have needed.

New mobile medical unit to be erected in Hall County

While medical crews have been mobilizing in the fight against COVID-19 in hard-hit southwest Georgia, there may be a new cluster emerging in Hall County.

On Tuesday, Gov. Brian Kemp toured a temporary medical pod set up at Phoebe Putney Hospital in Albany, in Dougherty County, adding that another unit like it will soon be erected in the other end of the state in Hall County.

"One of the places that we are going to be standing a unit like this up is in Gainesville, which is something that we are probably going to need right now, they are being stressed pretty hard up there," the governor said.

But while there are signs of some success in southwest Georgia, Hall County could be seeing warning signs. Last Tuesday, the county had a confirmed case rate of 544 per 100,000 people. Exactly one week later, its rate is now 881.That’s much higher than nearby counties in metro Atlanta and North Georgia.

The death toll in Hall County has also risen from 15 last week to 23 this week.

Atlanta Mayor: 'We can't get to the other side of this if we piecemeal our way out of this crisis'

Atlanta Mayor Keisha Lance Bottoms said she's disappointed. Not just because the shelter-in-place order has been lifted, but that people aren't abiding by the guidelines laid out in the order to practice social distancing and limit crowd sizes.

After much attention was focused on the City of Atlanta this past weekend with large crowds gathering at parks, malls and other locations, Bottoms is trying to get the message to citizens that the fight isn't over.

"I was surprised. And I'm ashamed to say it. Maybe I should not have been. But I thought that people still recognized that this is a deadly virus," she told 11Alive's Cheryl Preheim in an interview Tuesday afternoon.

With four kids in her own home, she said she's constantly reminding them that nothing has changed and people are still dying.

"It's like playing Russian roulette when you go out and you don't take all the precautions that we know help keep you from contracting COVID-19," she said.

Watch the full interview with the Mayor here.

A national news article about the risk of Georgians getting COVID-19 now that businesses are re-opening caught the attention of many, including Atlanta Mayor Keisha Lance-Bottoms and even the Georgia governor's office.

But a day later, Forbes has removed the article from its website after The Reveal, 11Alive's investigative team, found those who closely follow the number of cases in Georgia had serious questions about the accuracy of the article.

19 testing sites added in past 11 days

Georgia Gov. Brian Kemp says the state now has 66 active COVID-19 specimen collection sites across the state. Officials added nineteen sites in the past eleven days, including one-day-only sites, with plans to open additional sites in the coming days.

"Expanded testing remains one of our top priorities to continue the process of safely reopening our state. I am calling on all Georgians who are experiencing symptoms or who fear that they have been exposed to COVID-19 to contact their medical provider or local public health officials to schedule an appointment for testing," Gov. Kemp said.

Airbnb: Don't throw parties at houses during COVID-19 pandemic or we'll ban you and get the police involved

Airbnb has a stern message for those wanting to violate social distancing suggestions and guidelines restricting gatherings of more than 10 people.

"We want to be very clear -- not only will we ban guests who attempt to throw an unauthorized party in an Atlanta Airbnb listing, we will be cooperating with Atlanta Police in any investigations relating to parties and violations of public health mandates, consistent with our Terms of Service," they said in a statement.

RELATED: Airbnb: Don't throw parties at houses during COVID-19 pandemic or we'll ban you and get the police involved

Under typical circumstances, Airbnb empowers hosts to set house rules on events and parties that are appropriate for their communities.

"These are very different times, and public health must come first," they said.

While Georgia Gov. Brian Kemp has relaxed some restrictions, the statewide ban on gatherings of more than 10 people remains in place, and Mayor Bottoms has continued to urge Atlanta residents to stay home.

"Our policy reflects this by not allowing any kind of party at Airbnb listings in Atlanta until further notice," Airbnb said.

In the midst of the coronavirus pandemic, musicians are starting to cancel shows for the summer -- one-by-one.

Click to see a list of concerts and festivals scheduled by venue, noting if it has been canceled, postponed or reschedule as of May 5, 2020.

The Georgia Department of Health announced new cases of COVID-19 on Tuesday. As of Noon, there are 29,560 confirmed cases of the virus and 1,258 deaths reported. This is up from the 29,437 confirmed cases and 1,243 deaths that they announced on Monday evening.

They said 5,574 patients are hospitalized with COVID-19.

On Friday, May 8, the Gwinnett, Newton & Rockdale County Health Departments will return to Infinite Energy Center in Duluth for COVID-19 testing.

Testing is available for everyone, regardless of whether you currently have symptoms, to healthcare workers, first responders, and other critical infrastructure workers exposed to COVID-19, or residents of a long-term care facilities or other group residential settings experiencing an outbreak of COVID-19.

While the Health Department requires a scheduled appointment to test individuals, a referral from a doctor is not necessary.

Gov. Brian Kemp will be in south Georgia today, touring a temporary medical pod that has been set up at the Phoebe North campus of the Phoebe Putney Health System in Albany.

Albany has seen one of the worst coronavirus outbreaks in the state, and the Phoebe Putney system in the area has been highly impacted. According to a release, the temporary pod will have 24 beds available "to treat non-critical COVID-19 patients."

Dave & Buster's opens back up

The food, drink and games venue says it has "re-opened its doors in Marietta in compliance with local government guidelines along with amped up safety and cleaning guidelines."

Things to know on Tuesday morning