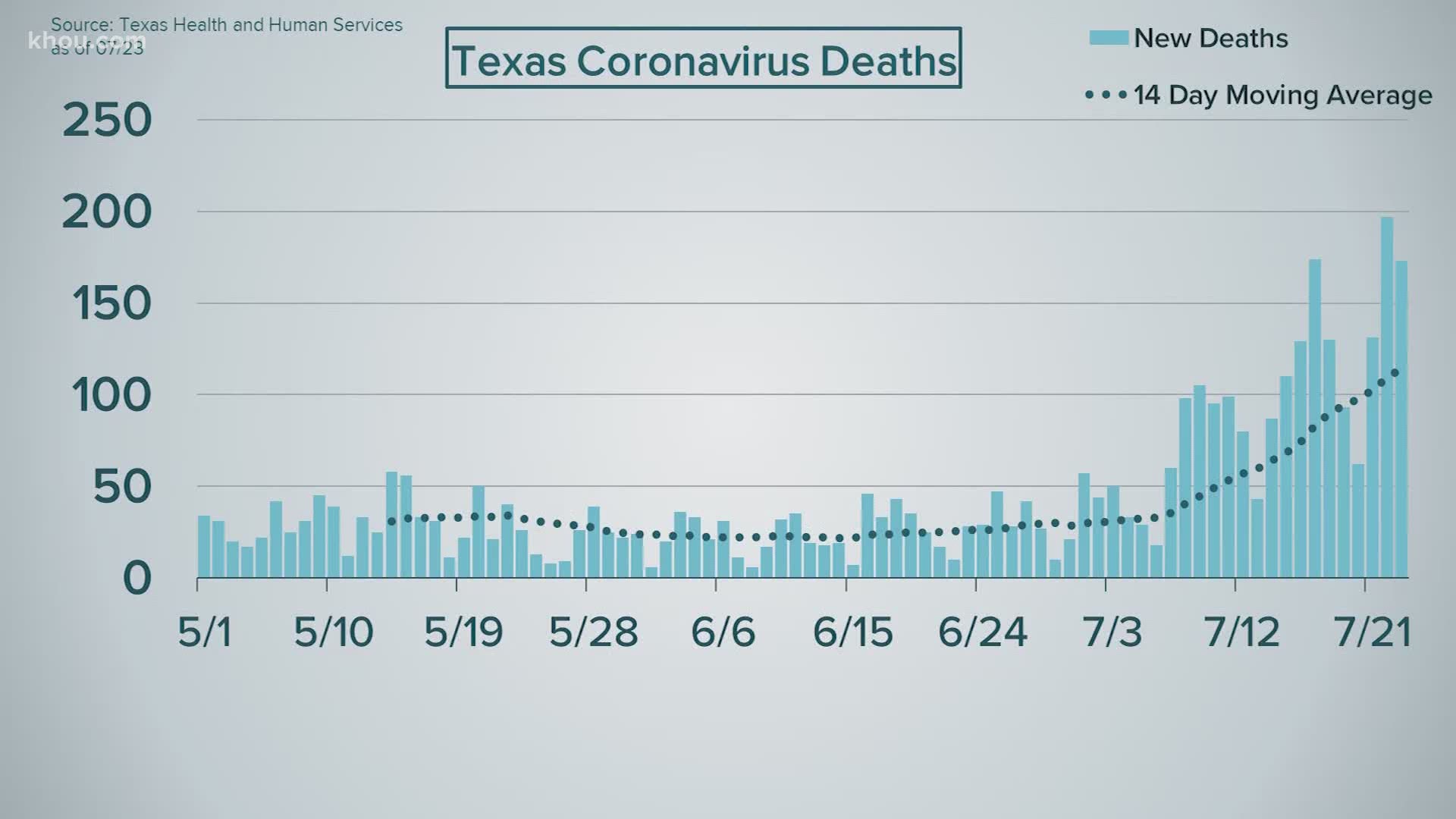 The state also noted Thursday's hospitalization numbers were incomplete "due to a transition in reporting to comply with new federal requirements," the state wrote in a tweet.

"For July 23, 84.5% of hospitals reported complete data. DSHS is working with Texas hospitals to ensure all data is fully reported," the tweet read.

RELATED: Why public health officials say there is more than one COVID-19 'death rate' to consider

The 9,507 cases mark the thirteenth time in July that DSHS reported at least 9,000 new cases in a single day.

The Houston Health Department reported 919 new COVID-19 cases in the city Thursday. It is the eighth time this month the city has reported at least 900 new cases in a single day.