Travis County has second-highest number of COVID-19 cases per 10,000 people among Texas' most populous counties

Doctors have confirmed more cases of COVID-19 in more populated Texas counties. But those numbers can be deceiving. 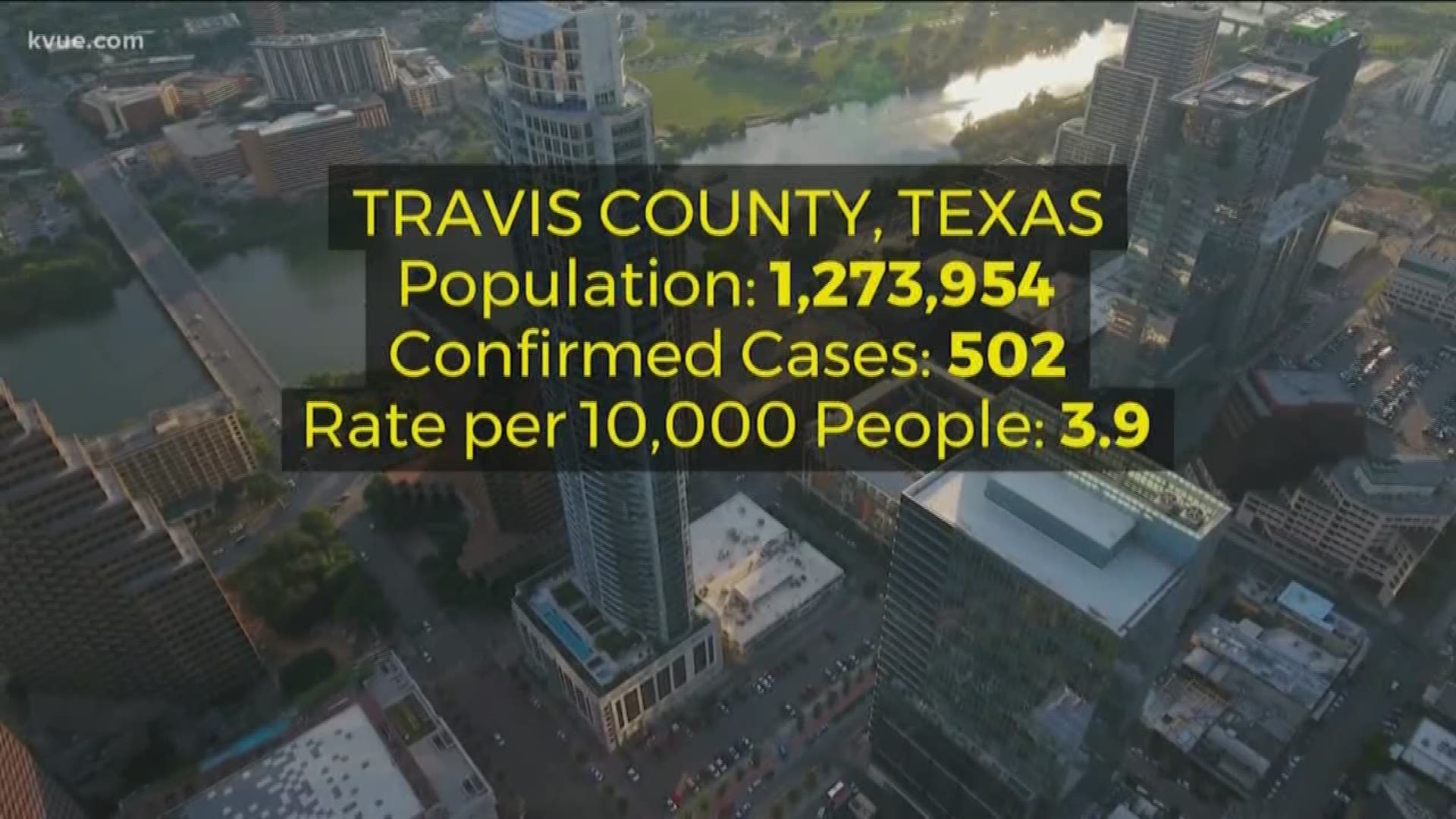 AUSTIN, Texas — When it comes to which county among the most populous in Texas has the highest number of confirmed COVID-19 cases, Harris County ranks first.

But those numbers don’t tell the whole story. Even though there are fewer confirmed cases in Travis County, the infection rate per 10,000 residents is actually higher than in Harris County, where Houston is located.

Among Texas’ five most populated counties, Travis County ranks second after Dallas County in cases per 10,000 people. The numbers are:

When examining the number of confirmed cases of COVID-19 in less populous Texas counties, Galveston County is among the highest in the state, with seven cases per 10,000 people.