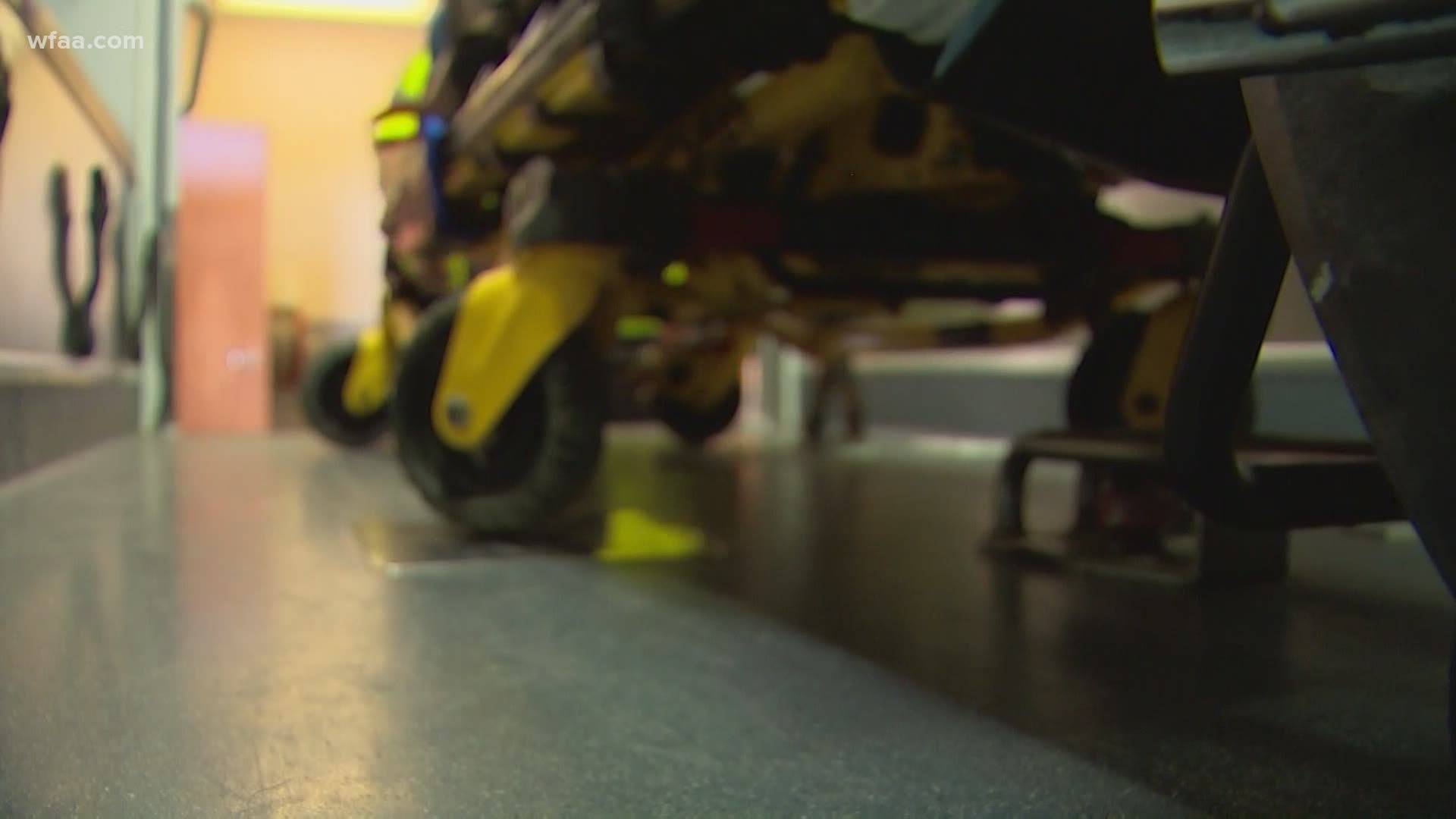 “It is a key point in time in Dallas County,” said Dr. Philip Huang, director of Dallas County Health and Human Services.

RELATED: MAP: These are the confirmed COVID-19 cases in the Dallas-Fort Worth area

Thursday, the number of new cases reported by Dallas County was 708.

Cases reported one day are not reflective of what's happening in the community that same day, according to Dallas County Judge Clay Jenkins.

Jenkins tweeted that tests results are taking up to 10 days to come back, which means this rise in cases isn't about what's happening today, but what happened a week or more ago.

Jenkins and Huang believe the root cause of the surge in COVID-19 positive cases is a change in behavior that began around Memorial Day.

“Before Memorial Day weekend, we’d been keeping things flat," Huang said. “I think everyone felt like, ‘Hey it’s time to go back to normal.’”

Normal is a long way off, but the next holiday isn’t.

"If July Fourth weekend is like Memorial Day weekend, it would be essentially catastrophic," Huang said.

But in mid-June things began to change.

Some might say higher number of cases are because of a higher amount of testing being done.

But the number of COVID-19 patients in area hospitals is about double what it was a month ago, according to the county’s daily reports.

“We need to do something to keep this under control,” Huang said. “The numbers we’re seeing, if we continue to increase at this rate, are going to overwhelm our system.”