Here's how DC Health will distribute the coronavirus vaccine

D.C. has been authorized to receive 6,825 doses of the vaccine in its first allotment. 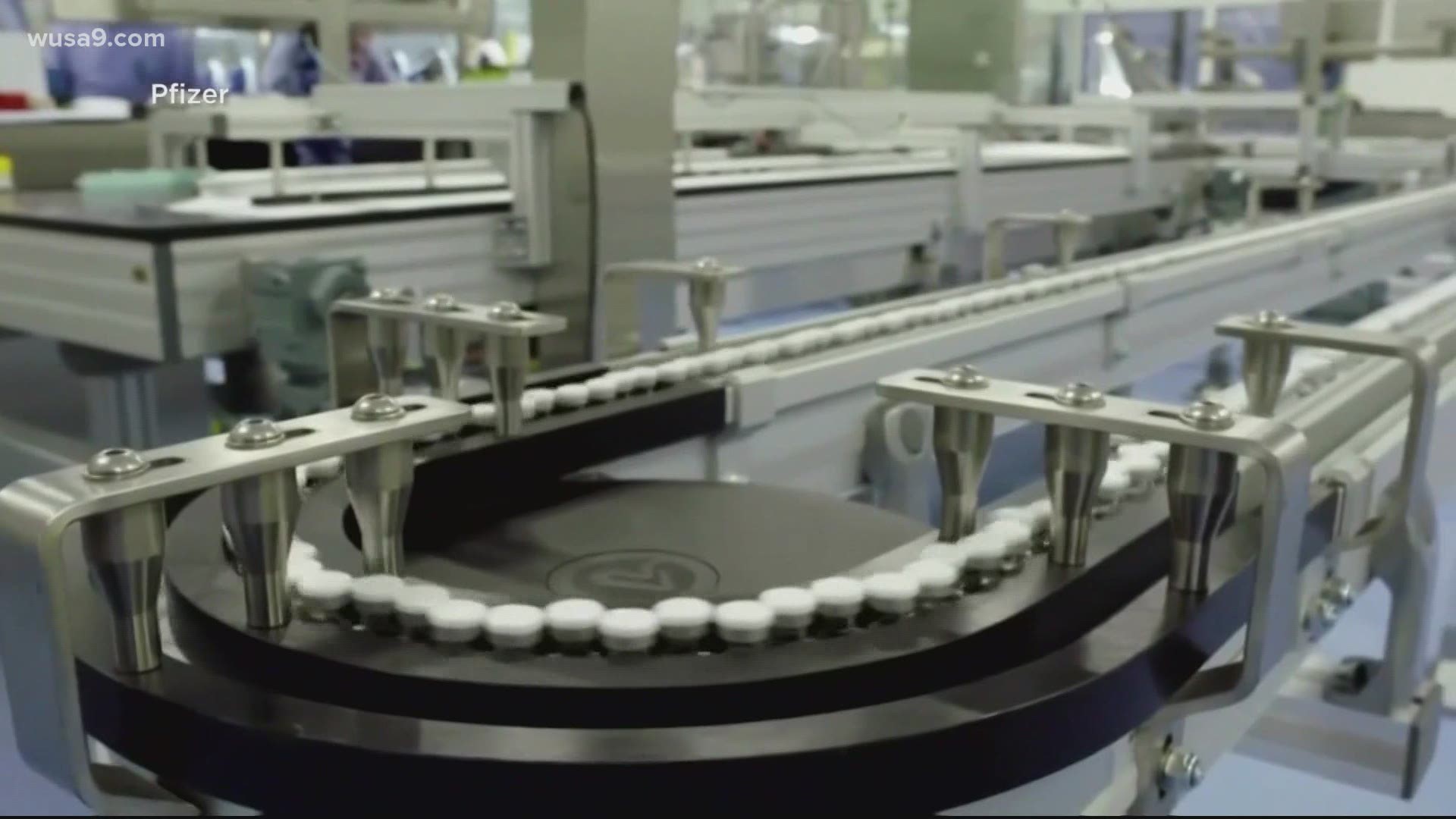 WASHINGTON — DC Mayor Muriel Bowser and DC Health Director Dr. LaQuandra Nesbitt laid out the District's plan for distributing a coronavirus vaccine in a press conference Thursday. Nesbitt said that while Food and Drug Administration's work to approve a vaccine for emergency use is a good first step, there is still work to be done.

Dr. Nesbitt said D.C. has been preparing since the summer for vaccine distribution, which she called the light at the end of the tunnel.

The District's plan calls for a phased-in approach to vaccinations, beginning with Phase 1a, which includes health care workers and first responders such as hospital staff, and long-term care facilities. Nesbitt said that 85,000 people qualify as part of that group in D.C.

Phase 1b would include essential workers, such as school teachers and grocery store employees, and at-risk residents such as people over the age of 65 and adults with high-risk medical conditions.

Phase 2 includes the rest of the Phase 1 populations before moving to Phase 3, which is the general public.

Frontline health care workers including those who work at testing sites, and first responders including firefighters and medics will be prioritized for vaccination.

In terms of when people could begin getting vaccinated, Dr. Nesbitt did not offer a timeline. She said that there is still training to do following the government's approval of an emergency use authorization, so people shouldn't expect to get vaccinated right away.

“Getting the vaccine physically here is not the hardest part of this work,” Nesbitt said. "At the end of the day vaccinating healthcare workers first ensures we have a healthy workforce to take care of and treat sick people."

Dr. Nesbitt said D.C. has been authorized to receive 6,825 doses of the vaccine in its first allotment. She said the federal government will be in charge of changing that allotment number as we move through the vaccination process.

WUSA9 has learned Howard University Hospital will receive 725 doses of the Pfizer vaccine as early as Monday. A spokesperson told WUSA9 reporter Delia Gonçalves that crews are putting the finishing touches on its basement lab and pharmacy where the vaccines will be stored.

Tulppo and his coworker will be among the first to get inoculated, under the District’s phase 1A distribution. Howard is among the six hospitals preparing to receive the first vaccines in ultra-cold freezers. 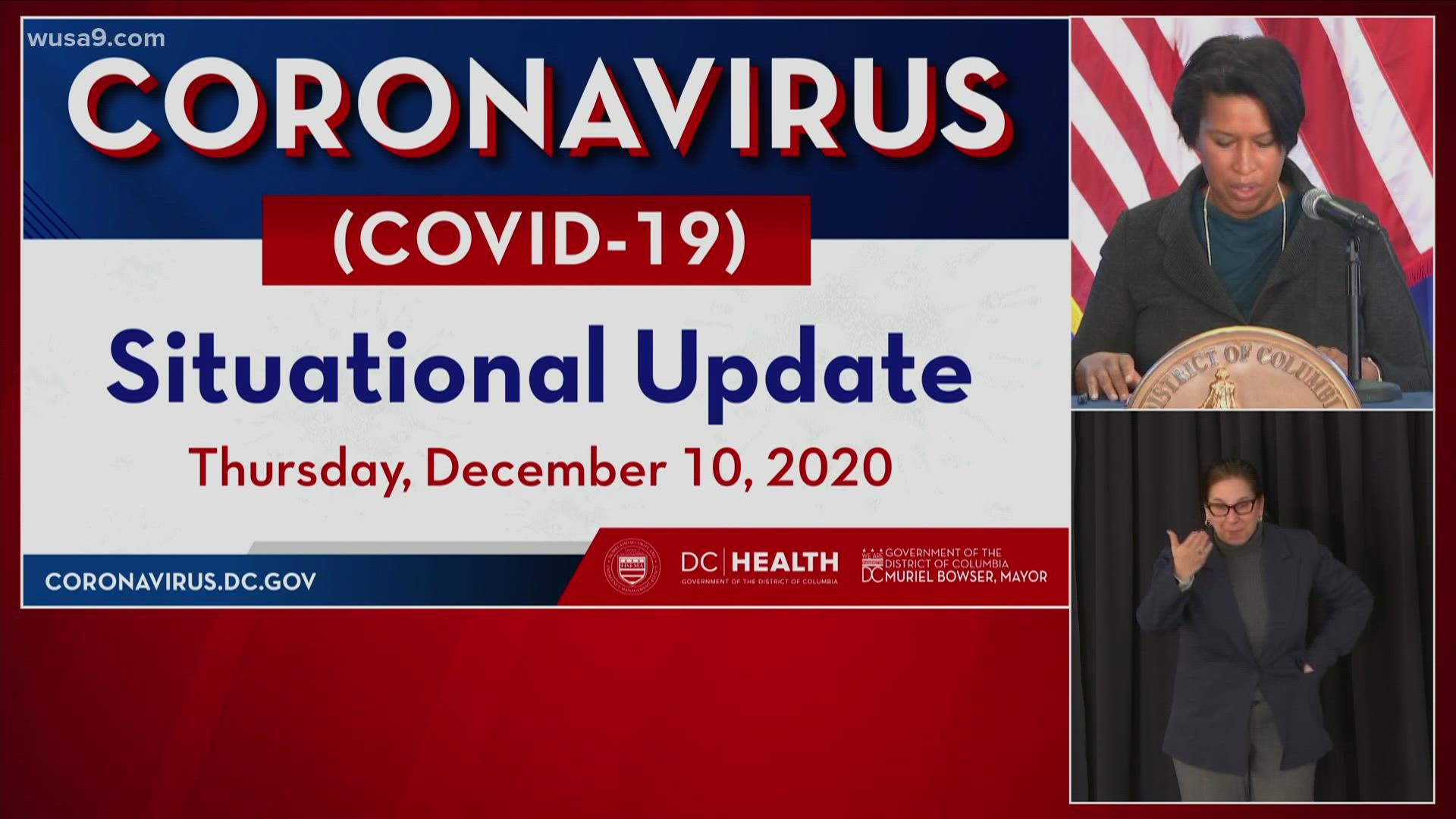 With several drug companies working to approve vaccines, Nesbitt stressed that residents should take the vaccine that's available, and not wait to take a specific vaccine.

The District is prepared with 184,000 needles and syringes, a million alcohol prep pads and a million Band-Aids.

More information about the District's vaccination plan can be found here.

RELATED: WATCH LIVE: US experts convene to decide whether to OK Pfizer vaccine

RELATED: VERIFY: Here's when DC, Maryland and Virginia will roll out the first COVID-19 vaccine doses