Even with Delta variant, COVID-19 cases rising among unvaccinated in Central Texas, some still don't want the vaccine

The Delta variant now accounts for the majority of cases, and it's now the unvaccinated population that is ending up sick in local hospitals. 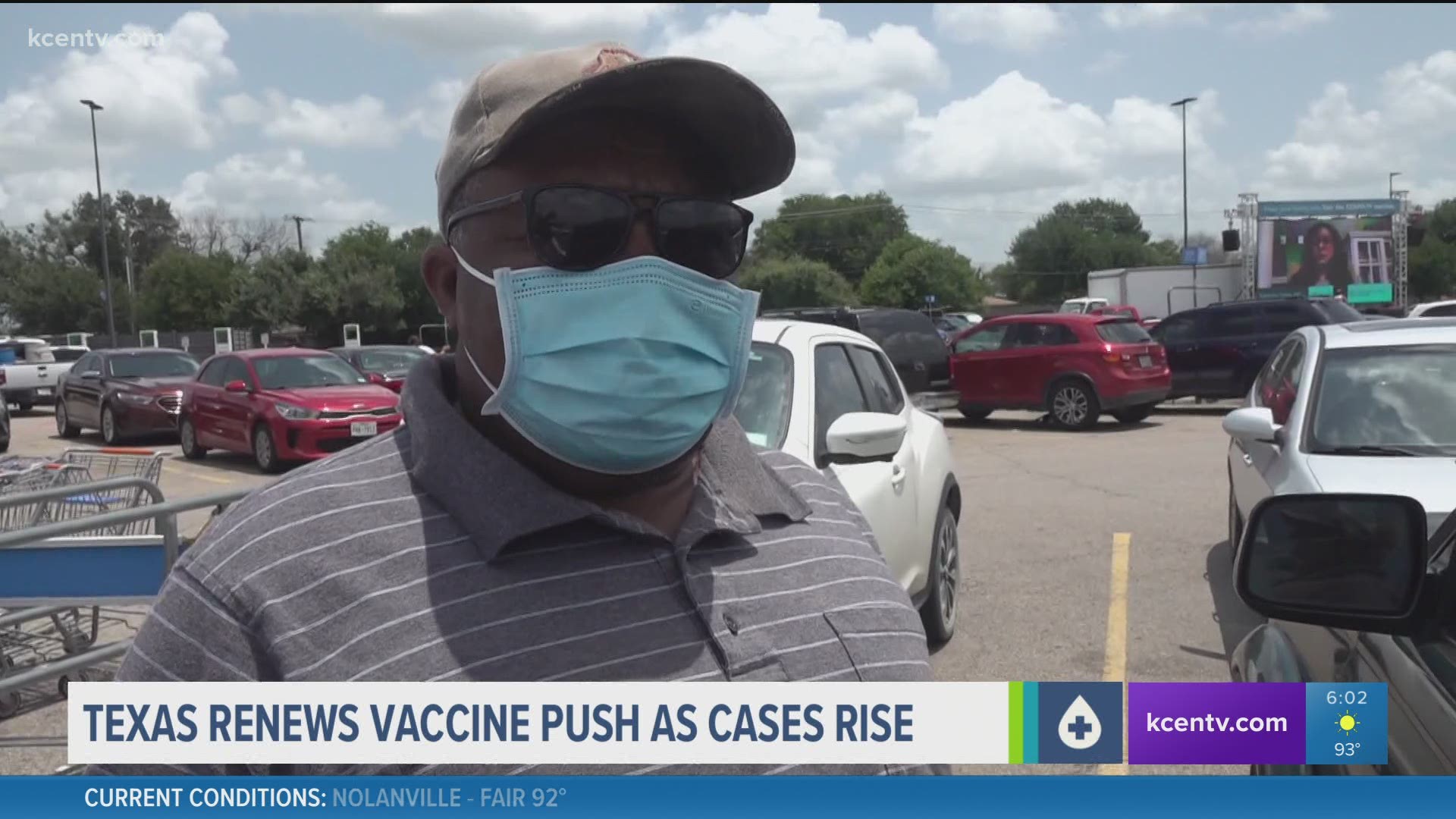 BELLMEAD, Texas — In McLennan County, only 41 percent of the population over 12 years old is fully vaccinated. For the state as a whole, that number is just shy of 52 percent.

Friday, DSHS officially launched its new vaccination campaign in at the Walmart Supercenter in Bellmead. The agency deployed a 16-foot-tall video wall in the store parking lot to play DSHS’ PSAs and interviews from local spokespeople, including pediatricians and parents.

The location on site also had a an arcade-style basketball game and wheel spin to bring people in.

But when 6 News spoke to local shoppers, it was clear some still didn't want the shot.

"For a healthy person, I don't really think we need it. Just be careful. Wash your hands," Sandra Crim said. "I don't go a lot of places and I feel like it's not safe."

"It's hard for me to get sick. I only get sick once a year," said Michael Mocuda.

Talking to shoppers, only four in 10 had actually received the vaccine. Only one of the six unvaccinated shoppers was open to getting it.

"It's back to school time and it's really important that we protect our kids the best we can. One way we can do that is by adults getting vaccinated and everyone over 12 getting vaccinated," Waco-McLennan County Public Health District Director LaShonda Marley-Horne said. "Getting vaccinated just means we can go to our places of worship without as much concern or worry. We can shop and travel. Spend time with family and friends, and get excited about high school football."

But that didn't mean everyone was opposed. Those who already got the vaccine said they did so for family and friends.

"You got to think about your own family," Anna Rodriguez said. "If you have children or grandchildren, and they cannot give the vaccine, when you are with them would you rather them get COVID or no."

The Delta variant now accounts for the majority of cases, and it's now the unvaccinated population that is ending up sick in local hospitals.

"Cases and hospitalizations are increasing as data indicates the Delta variant now accounts for most new COVID-19 infections in Texas. The variant spreads more easily and may cause more severe disease."

RELATED: CDC: Delta variant accounts for 83% of US COVID cases

RELATED: 'It's just that contagious': Central Texas on brink of 4th surge of COVID-19