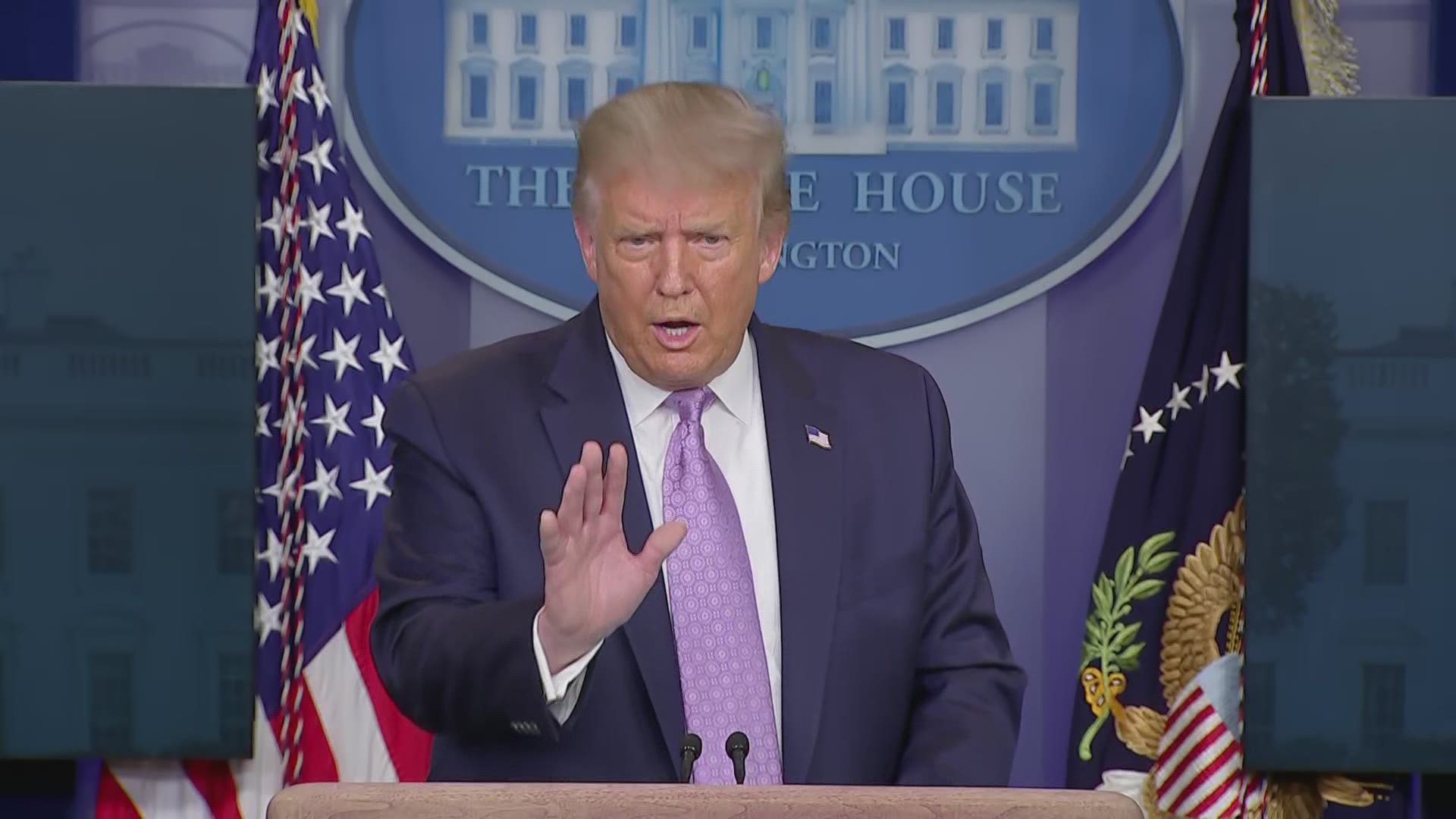 The post in question featured a link to a Fox News video from Wednesday morning in which Trump says children are “virtually immune” to the virus.

Facebook said Wednesday that the “video includes false claims that a group of people is immune from COVID-19 which is a violation of our policies around harmful COVID misinformation.”

Twitter has generally been quicker than Facebook in recent months to label posts from the president that violate its policies against misinformation and abuse.

This is not the first time that Facebook has removed a post from Trump, Facebook said, but it's the first time it has done so because it was spreading misinformation about the coronavirus. The company has also labeled his posts.

Several studies suggest, but don’t prove, that children are less likely to become infected than adults and more likely to have only mild symptoms. But this is not the same as being “virtually immune” to the virus.

A study by the Centers for Disease Control and Prevention involving 2,500 children published in April found that about 1 in 5 infected children were hospitalized versus 1 in 3 adults; three children died. The study lacks complete data on all the cases, but it also suggests that many infected children have no symptoms, which could allow them to spread the virus to others.

Trump responded to his claims about children and the coronavirus hours after the Fox interview during Wednesday afternoon's White House press briefing.

"Children handle it very well. They may get it, but they get it and it doesn't have much of an impact on them," the president said, again referring to COVID-19 as "the China virus" despite criticism that labeling the illness Chinese is racist.

NBC News reports that the Trump campaign has accused Facebook of "flagrant bias."

Courtney Parella, the campaign's deputy national press secretary, said in a statement, "Another day, another display of Silicon Valley's flagrant bias against this President, where the rules are only enforced in one direction. Social media companies are not the arbiters of truth."