Hydroxychloroquine is an old anti-malarial. Its cousin chloroquine has been used all over the world and was previously used to treat SARS patients in Hong Kong. 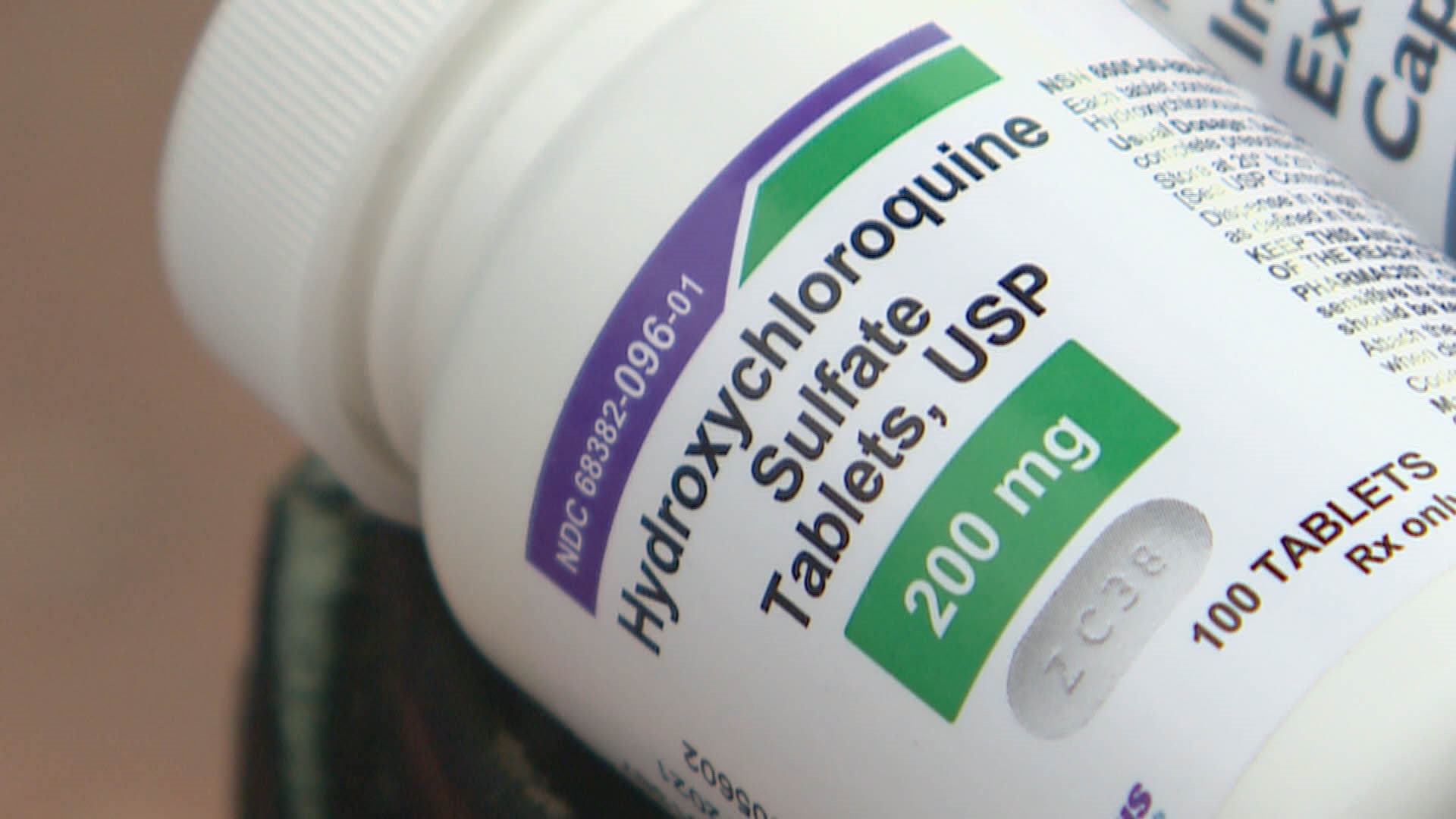 WASHINGTON — President Donald Trump on Thursday announced that the United States would look into using the malaria drug hydroxychloroquine against COVID-19, listing the drug as a game changer in the fight against the virus. Trump added that the drug will be available by prescription in the U.S., but what is it?

Hydroxychloroquine is an old medicine used as an anti-malarial. Its cousin chloroquine has been used all over the world and was previously used to treat SARS patients in Hong Kong in 2008.

Dr. Ernest Brown is the founder of Doctors to You, a concierge medical service in the DMV. According to him, chloroquine has shown in studies to "prevent the virus from entering into the cell and also prevent it from replicating."

Brown said that in vitro studies, which means they are done in tubes, not on people, show that hydroxychloroquine is more effective than chloroquine.

In vitro, "has shown four times the effectiveness," Brown said.

RELATED: Tired of waiting to get tested for COVID-19? These local doctors will come to your house

From those in vitro tests, Brown said scientists have been able to extrapolate what the potential dosage could be.

"It would be a five-day course with the load, and then four more days," Brown said.

Brown said the medicine isn't easy to get your hands on the US, and that he has enough to treat 20 patients.

Brown said he giving the medication through "compassionate use," meaning that if they’re very symptomatic and not responding to regular treatment, then you give them this medication. People should not be stockpiling this medication, he said.

"Chloroquine is not something that's available in your regular pharmacy. They have to order it," he said. "Hydroxychloroquine is also the same. We don't have malaria here, so we don't normally think to use it."

But now that the US is see so many cases of coronavirus, that could potentially change.

"There is definitely an emphasis especially here in D.C., with all the pharmacists that we're working with, to get it out," Brown said.

RELATED: VERIFY: Are some masks better than others amid coronavirus spread?