Jeffrey L. Boney, 45, says his symptoms are not the ones you normally hear about. 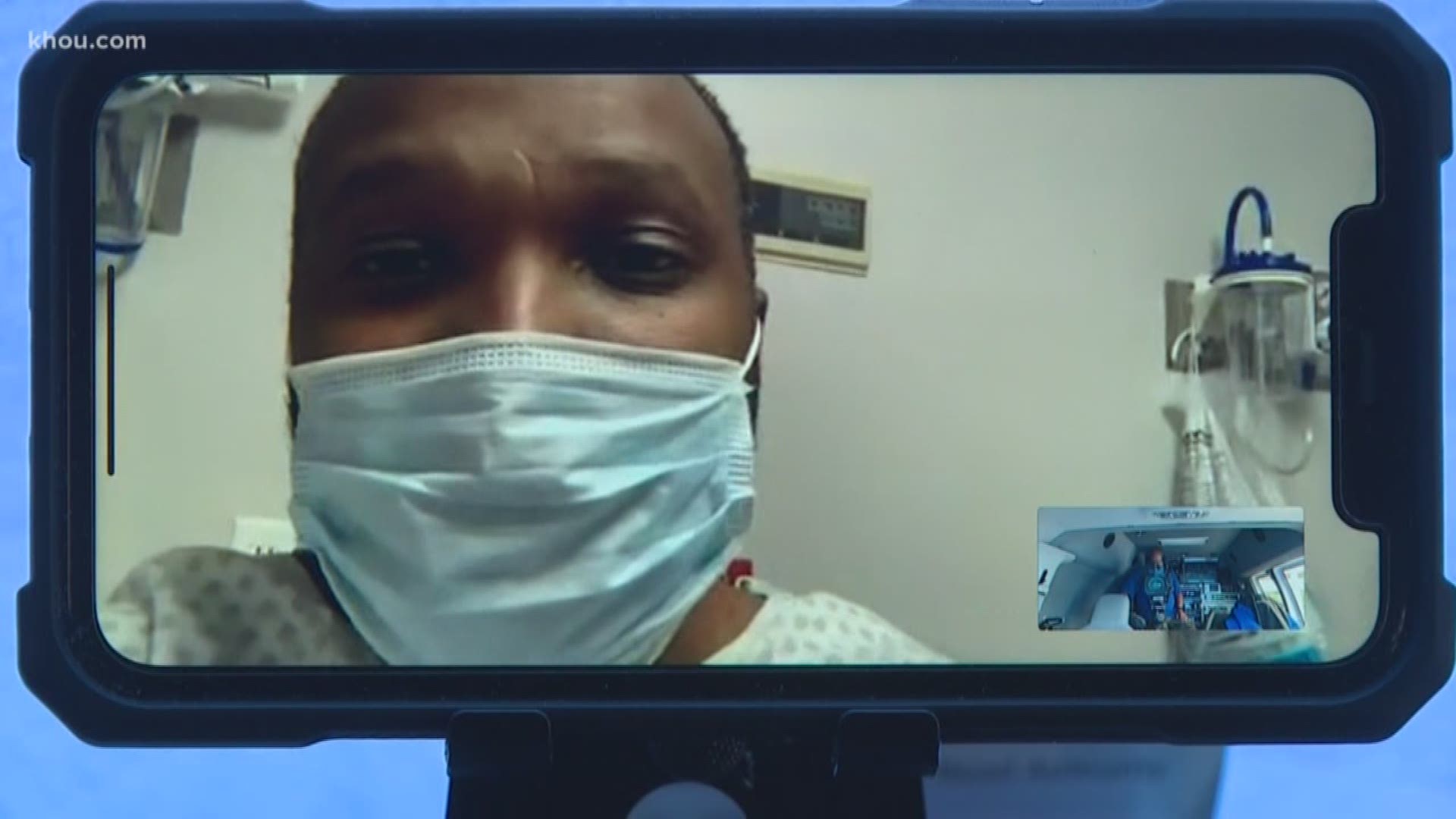 MISSOURI CITY, Texas — A Missouri City Councilman is in the hospital fighting coronavirus, but Jeffrey L. Boney says his symptoms are not the ones you normally hear about.

"I feel great, my faith is strong," the 45-year-old said during a FaceTime interview.

Boney has been in the ICU fighting something he never saw coming.

"They call me their blessed guinea pig patient," he said.

They're calling him a guinea pig because Boney's symptoms were different.

"Digestive symptoms, I had kind of a loss of appetite, I had heavy diarrhea, pain in my stomach," he said.

Somehow, the married father of three still knew something was wrong.

The symptoms started March 17 and he was tested March 25. Two days later, he was admitted to the hospital coughing up blood. It was then he learned he tested positive for coronavirus and had pneumonia.

Boney said because as a city councilman he meets dozens of people at events each week, the virus could have come from anywhere.

He was at the Houston Rodeo Cookoff, Mardi Gras and even recently traveled to Washington, D.C. for a conference.

"My strong encouragement right now is using my platforms to let people know this is very serious," he said.

He also wants to raise awareness, especially in the African-American community.

Boney has no pre-existing medical conditions other than high blood pressure.

He said if people only hear one thing from his story it's that if you think you should get tested, don't let them turn you away.

RELATED: Coronavirus: Tips on what to clean and disinfect in your home

RELATED: Wear a mask or face a fine: Texas town says you have to cover your mouth, nose when you leave home