'It's a horror story': This 28-year-old Arlington woman finally got to go home after battling COVID-19. Now she wants others to stay positive

She had been placed on a ventilator for three days as she fought off the novel coronavirus. 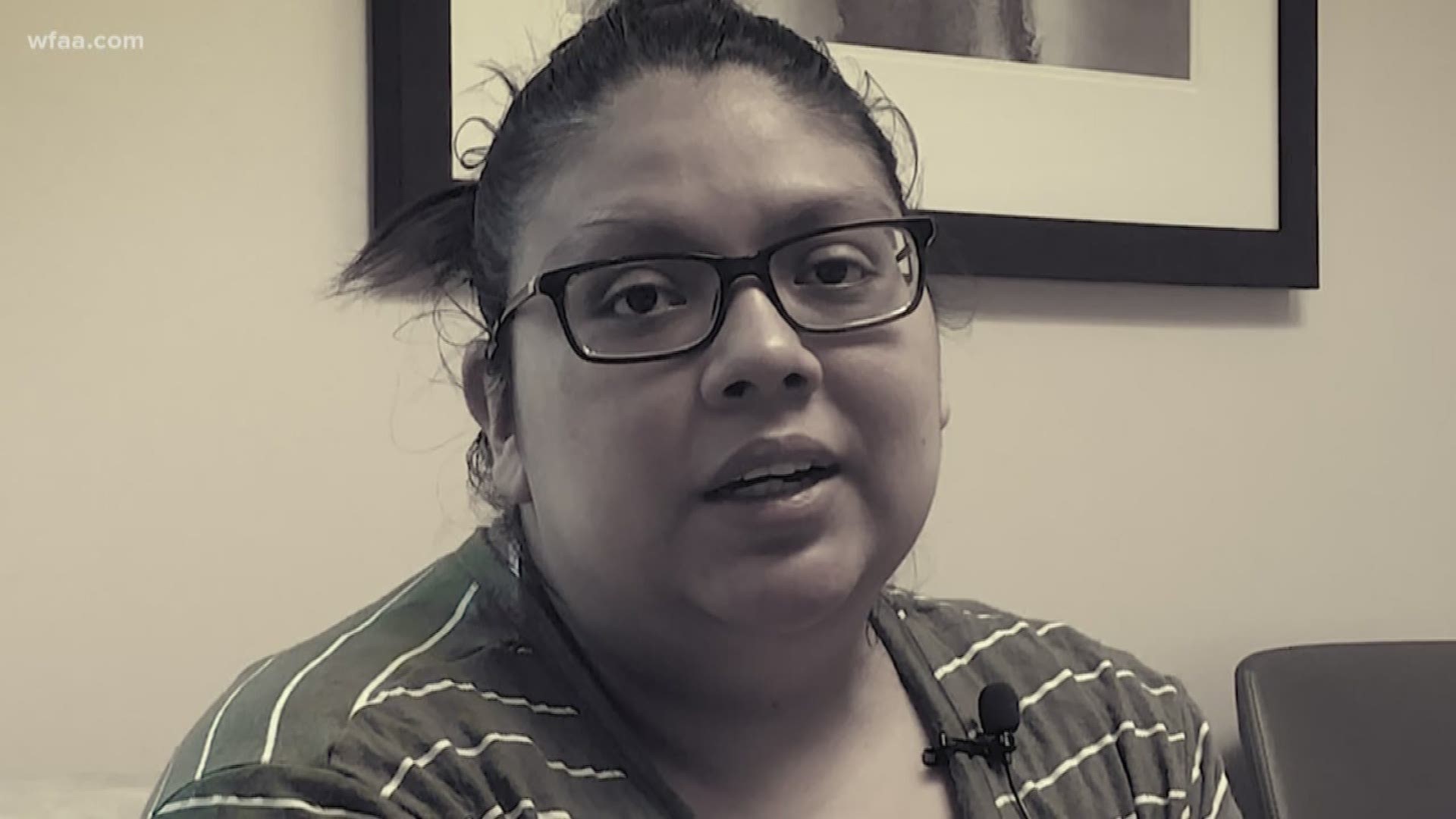 Lusia Garcia, a 28-year-old from Arlington, was hit hard by COVID-19.

At first, she said she thought she just had a regular fever or cold. But her fever of 102 degrees wouldn't go down. She went to the hospital, where she was told she had pneumonia and sent her home with antibiotics.

But she still wasn't feeling well. Her personal care provider told her she should go get tested for the disease, so she did. Her results came back two days later as negative.

She still had the fever, though, and wasn't feeling any better.

"It was worse at night," Garcia said. "At night, I would get chills, I would have a hard time breathing when I was laying down, I would have a fever. I couldn't sleep, I would just toss and turn."

Then she started to have an even harder time breathing. So she went back to the hospital. Her antibiotics hadn't helped and the fever wouldn't go down, she explained.

She was admitted to Medical City Las Colinas on March 30.

Her positive test came back the day she was intubated, she said, a day or two after she was admitted.

RELATED: ‘Am I going to get better from this?’ Fort Worth woman, 33, says she wouldn't wish COVID-19 on anyone

Garcia was on a ventilator for three days as she fought off the novel coronavirus, one of the final steps health care providers can take in the fight against the disease.

"It is a horror story," she said. "It felt like a nightmare. It felt like I was not going to come back from this, especially the moment that they tell you they're going to intubate you. That is one of the most scariest times that I have ever been through in my life, and I have been through quite a bit."

But she's on the road to recovery now, with the whole care team at the hospital cheering her on.

She was discharged Tuesday, and they made sure she had a whole send-off, with flowers, balloons and notes of well wishes from the team who had been taking care of her.

“I can carry on a full conversation without having to stop and gasp for air,” she said before leaving the hospital.

And she has some advice for others who are either facing the disease or fear it.

"Try to stay positive and know that the doctors and nurses here are here for your best interest, and they're trying to make sure you overcome this," Garcia said. "Just stay optimistic, positive and believing in the team that you have. The team here has been nothing but amazing."

She will quarantine at home for a full 14 days before seeing her daughter or any other family members.