The U.S. Centers for Disease Control and Prevention report the delta variant is now responsible for 93% of all COVID-19 cases in the country. 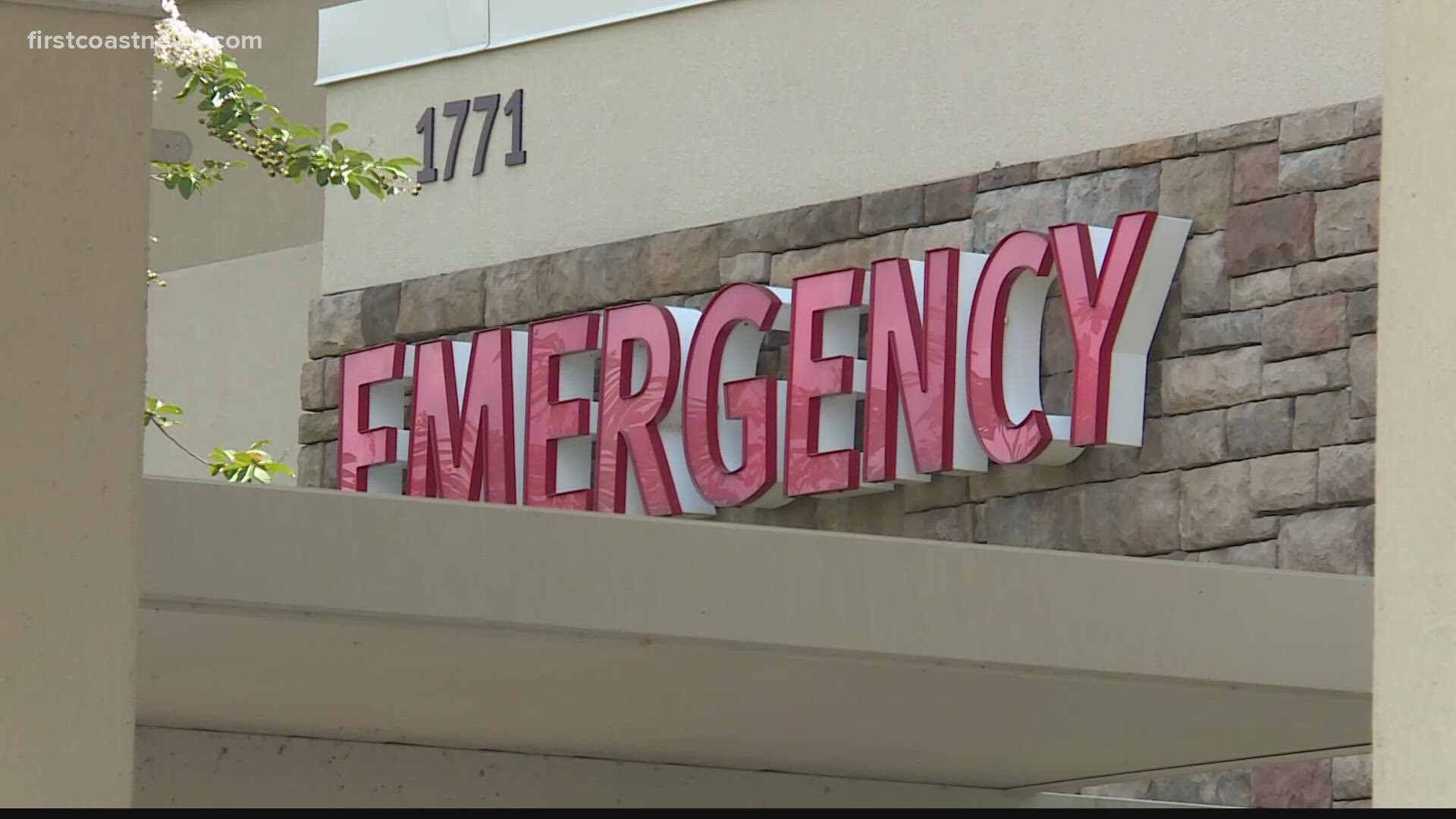 JACKSONVILLE, Fla. — COVID-19 infections and hospitalizations continue to soar on the First Coast, and a local infectious disease specialist believes a big reason behind that is the delta variant. He said it causes more severe cases than previous variants, and delta is 225% more contagious than the original virus.

It all has to do with something called the Ro value, which is pronounced "R naught." That's how many people an infected person is likely to infect. The original virus had an Ro value of two, Europe's first wave a three, the alpha variant a four to five, and delta a five to eight. To put this in perspective, chickenpox has an Ro of around 10.

Credit: Dr. Mohammed Reza
The delta variant is about 225% more contagious than the original COVID-19 virus.

Alex Scott knows all about the delta variant.

“People don’t realize how sick you can get and how severe it can be," Alex Scott said.

Scott works on the frontlines as a COVID-19 nurse.

“It can effect everybody," Scott said. "Unfortunately, we don’t know the long-lasting effects either, so doing everything we can to not get it is best for your health.”

The U.S. Centers for Disease Control and Prevention report the delta variant is now responsible for 93% of all COVID-19 cases in the country, and it's now in 135 countries, according to the World Health Organization.

“What we’re seeing is as these variants become more contagious, they can also become more infectious, and our vaccines may not be as effective either. It’s a catch-up game," Reza said.

Dr. Mohammed Reza is a Jacksonville-area infectious disease specialist and said the delta variant is one of the most contagious respiratory viruses ever detected.

“When this virus gets passed on from person to person, when it makes more copies of itself, it makes mistakes because it’s not foolproof," Reza said. "Some of those mistakes make it so the virus can’t survive, and others make it so it survives better.”

Reza said the delta variant duplicates quicker and has more viral particles than other variants.

This chart shows the Ro value (pronounced “R naught”) of #COVID19 variants, which indicates how quickly a virus duplicates when transmitted to new people and how many people an infected person is likely to infect. I'll have more on the science behind it tonight on @FCN2go. pic.twitter.com/KffUlJIXBC