'Joints for Jabs' campaign a slow roll, so far

Washington state regulations could keep the program from moving to a higher level. 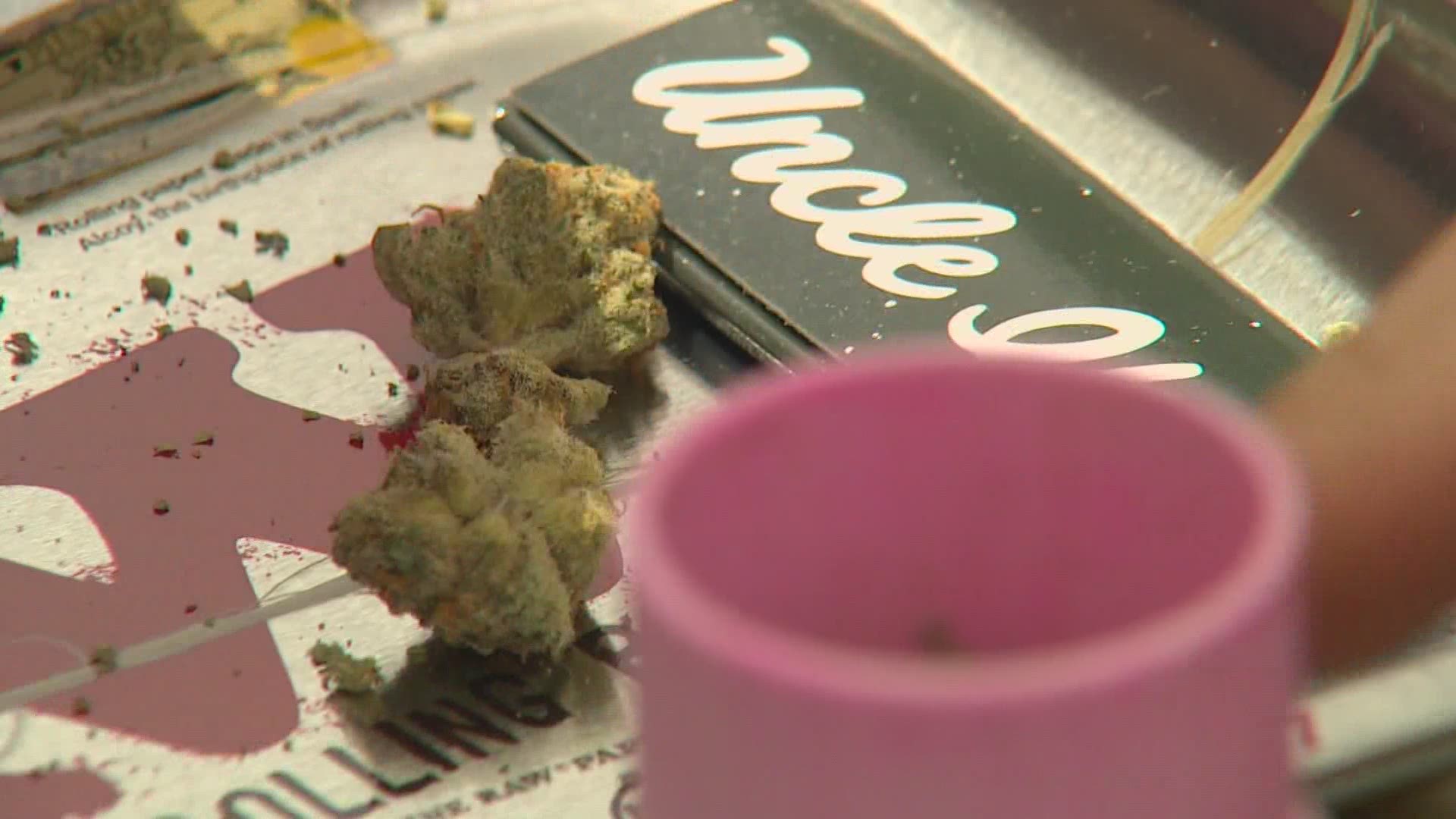 SEATTLE — It's a strange dichotomy. The humble joint is now being used in a war in support of drugs.

Marijuana dispensaries across Washington state are now able to give a free joint to anyone of legal age who gets a COVID-19 vaccine at an on-site clinic.

The program started on June 7. As of June 8, there were no known dispensaries participating in the program.

In fact, only three retailers in the state have formally asked the Liquor and Cannabis Board about the promotion, including Uncle Ike's in Seattle.

Now there's another sticking point when it comes to the vaccination program.

"I think the hardest part is finding someone who can administer the vaccines," said Ike's worker Josie Waddington.

Unlike breweries and bars that are running similar promotions, pot shops have to organize their own pop-up clinics and find qualified people to actually come administer the shots before anybody gets their free weed.

You only need to show proof of vaccination to get a free beer.

RELATED: Yes, guns, beer and trucks are being offered as incentives for people to get a COVID-19 vaccine

"If we have to wait a couple of weeks, I think the hype of it might slow down," Waddington said. "I think there could be a fear of losing some interest. It would be nice for people to be able to just come in and bring your proof of vaccination and be able to receive their joint and go. That would make it much easier."

The state Liquor and Cannabis Board says customers are required to actually get the shot at the pot shop to discourage them from "…traveling from store to store to get a free joint."

A Liquor and Cannabis Board spokesperson added, "Our goal is vaccinations, not consumption."

Further complicating matters is the fact that some providers are asking for 30 days notice to hold a pop-up clinic – putting dispensaries like Ike's right up against the state's July 12 deadline for the program to end.

Waddington believes Ike's will be able to hold at least one vaccination event sometime over the next two weekends.

She thinks it will be worth all the effort.

"Being able to get people vaccinated and incentivize them to do that is important," Waddington said. "If we can do that with a free joint, even if it's only a couple of people who come out, then I guess we did our part."

The other two retailers who reached out to the state about the vaccination program are in Spokane and Vancouver.