KCHD said there were 44 additional COVID-19 deaths that occurred during the winter surge, but only learned about them recently due to a change in state reporting. 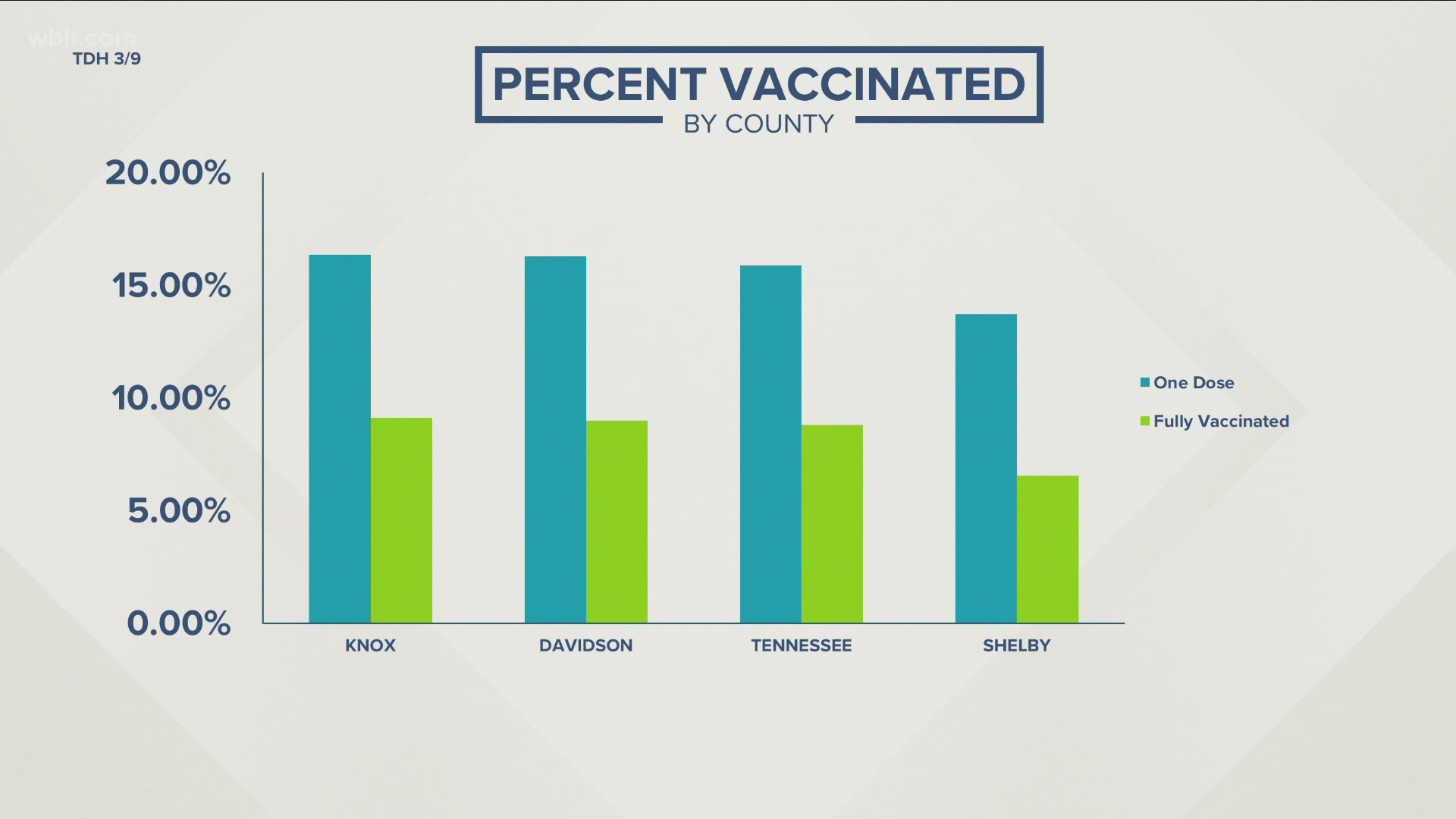 KNOXVILLE, Tenn. — The Knox County Health Department on Thursday fixed a discrepancy in its COVID-19 data reporting after learning dozens of deaths from the virus that occurred during the winter surge went unreported from the state.

KCHD said it became aware of a process change on the state level that led to the department not being directly notified of 44 Knox County residents who died to COVID-19 between December 2020 and February 2021. It said these were deaths confirmed by state medical examiners and counted in the statewide total, but were never reported directly to Knox County.

Charity Menefee, KCHD's Director of Communicable and Environmental Disease and Emergency Preparedness, said the reporting issue was not unique to Knox County. Similarly, Davidson County had discovered a 300-death discrepancy between its health department data and the state's data.

"Historically, mortality data is not reported in real-time. Typically it takes a year or more to report this data, but because of the real-time nature of the pandemic -- data is published at a much faster rate," Menefee said. "That's why our team continues to review our data to ensure any inconsistencies can be discovered and addressed in a timely manner, which is what happened here."

As of Thursday, KCHD reported 593 total COVID-19 deaths, which includes the 44 unreported deaths as well as two new deaths since Wednesday.