Mask up or pay up: Houston police will hand out $250 fines to people who aren't wearing masks

HPD officers will give people without a mask a warning first, but if they refuse to put one on, they'll be fined. "Lives are at stake," Mayor Sylvester Turner said. 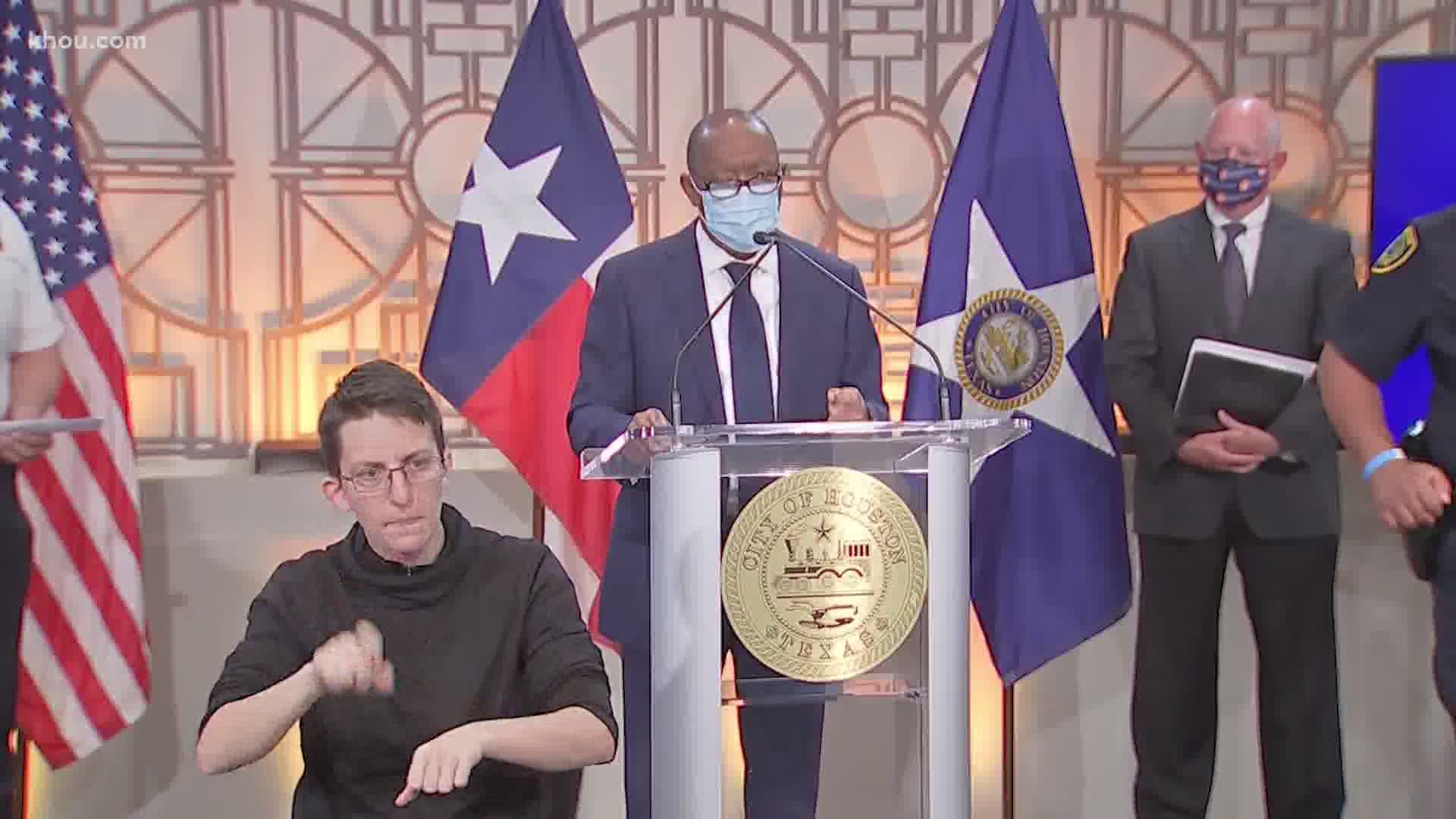 HOUSTON — The City of Houston has reported more than 1,000 new coronavirus cases for six straight days.

Mayor Sylvester Turner hopes a crackdown on people who refuse to wear a mask will help drive those numbers down.

The devastating effect on minority communities in Houston is still a top concern.

"I certainly don't see progress," infectious disease expert Dr. Peter Hotez told KHOU. "It's the same thing every damn day. It's Hispanic, Hispanic, Black, Black, Hispanic. I think it's historic decimation of the Hispanic/Latina community, not only in Houston, but across Texas."

It's why Mayor Turner launched the Better Together campaign. It's an emergency outreach effort to make sure Houstonians have the knowledge and skills to protect their families from COVID-19. The goal is to drop Houston's positivity rate down to 5% by the end of August.