"I'm just happy to be alive, you know, I guess,” Frederick, who is all smiles now, told 12News on Saturday. 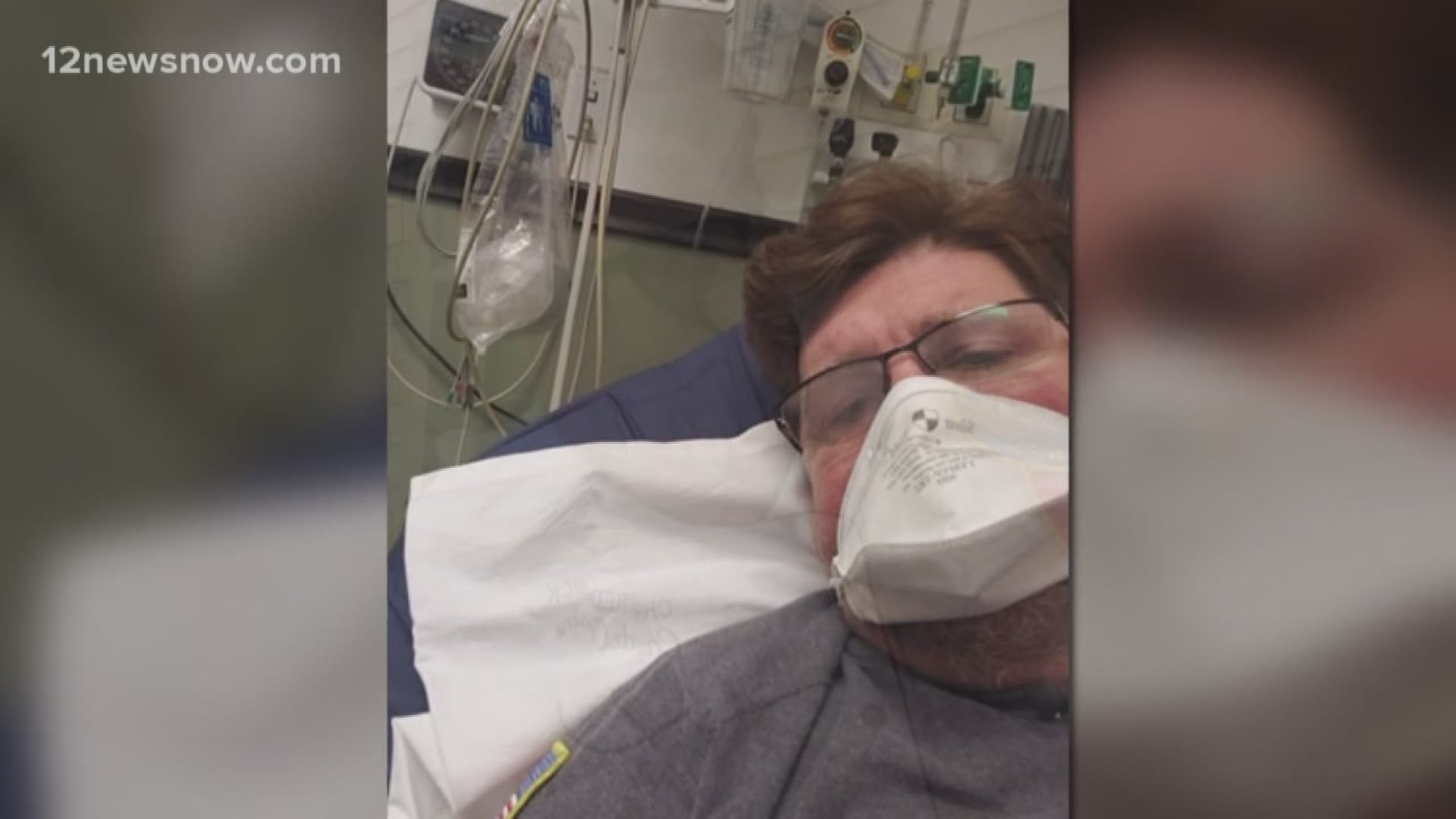 LUMBERTON, Texas — The Lumberton man who was diagnosed with coronavirus in Louisiana about two weeks has recovered.

Chris Frederick, 50, who tested positive for COVID-19 in Louisiana while working, became Hardin County’s first resident confirmed to have the virus on March 21, 2020.

"I'm just happy to be alive, you know, I guess,” Frederick, who is all smiles now, told 12News on Saturday.

"I never thought it would have happen to me,” he told 12News previously.

After more than more 14 days of being quarantined at his home, Frederick says he has now recovered from the coronavirus.

"It could have killed me but I guess I was spared. I'm just lucky that I am here to talk about it,” he said when asked if he ever thought that he might die from the virus.

RELATED: 'Nothing to do until I get better' | Hardin County man in quarantine after becoming county's first coronavirus victim

There were only a handful of COVID-19 cases in Southeast Texas when Frederick learned he had the virus. Now there are more than 120 and the entire state is under a stay

"You wanna protect other people, you don't wanna get to close. It's not just about yourself , it’s about the other person next to you. They might have an elderly person, they might have a kid so you just have to conscientious,” he told 12News on Saturday.

The majority of people who contract the coronavirus so far generally recover as Fredrick has according to research by the Johns Hopkins School of Medicine.

"Just because you think that oh I'm young, no, it can affect you. You've seen people that were young also and they've had many complications,” Frederick cautions.

Frederick hopes to return to work in the coming weeks and is grateful for all the support he received while recovering.