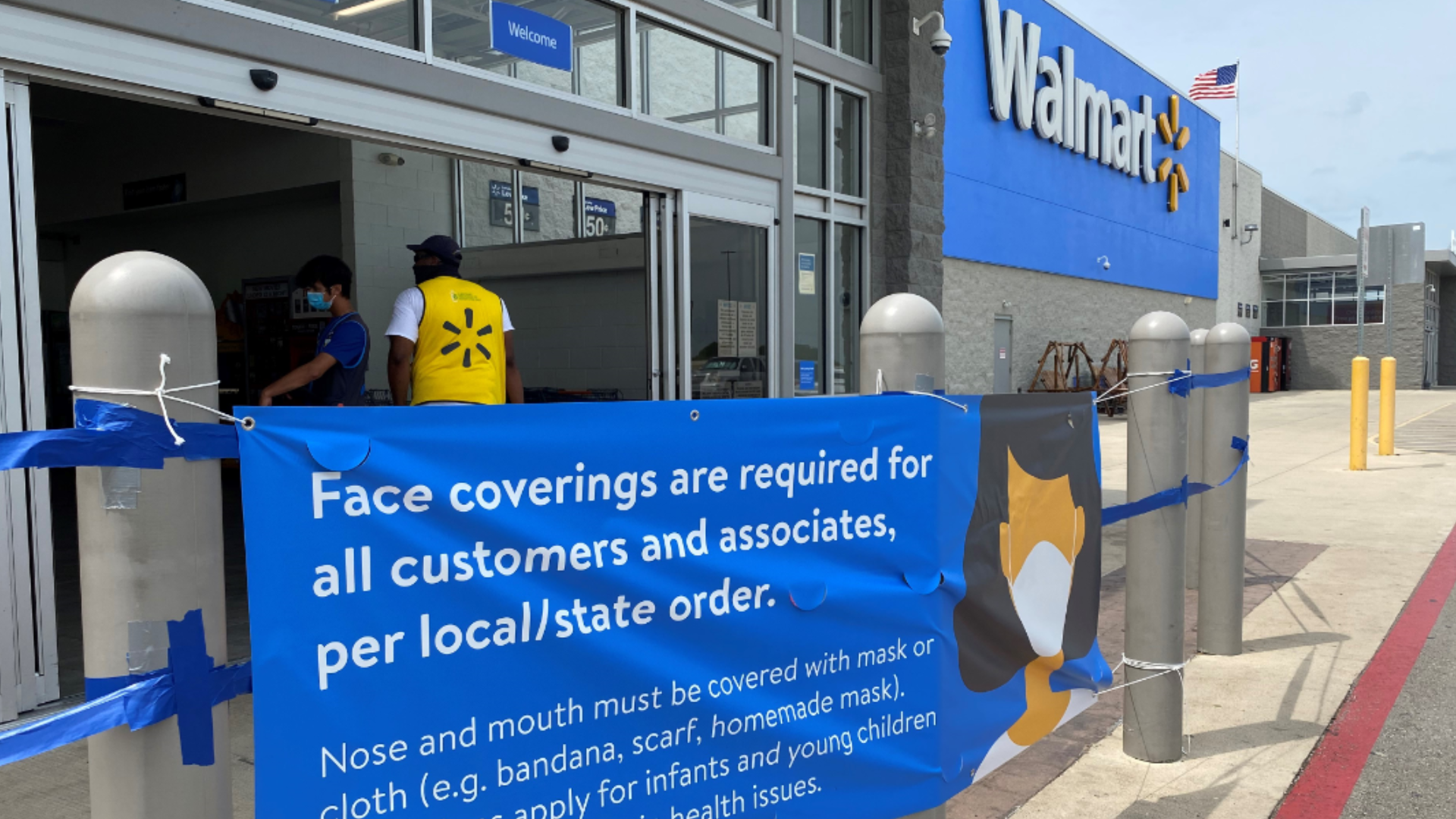 MCLENNAN COUNTY, Texas — Update: The mask order in Bell County has officially started and that means if you go out in public, you are now required to put on a face covering when entering inside a public space, like the grocery store.

Bell County Judge David Blackburn issued a directive Wednesday June 24 requiring the use of face masks for businesses including their employees and customers.

"The directive is intended to help stem the trend lines we are now seeing in the number of new cases in Bell County and to help us maintain our hospital capacity," said Blackburn.

Blackburn also addressed what Gov. Greg Abbott said about the possibility of another state shut down.

"I think the message he is sending us is that if we don’t see the numbers turn around, he is prepared to step back in and issue more mandate," Blackburn said. "In fact, I think the message is we will see a return to some measures that none of us want to see return."

City of Hewitt Mayor Charles D. Turner has issued an extension of the mask order that is in effect in McLennan County, extending it for the next 11 days beginning June 27.

In the executive order issued by Governor Abbott, any peace officer or any other person with lawful authority is authorized to to enforce the policy laid out under the Texas Disaster Act of 1975.
--
As of June 22, there are 317 cases of COVID-19 in McLennan County and the positivity rate continues to soar by the day, which forces city leaders to spring into action.

"The rise is happening so rapidly it gives me concern," Waco Mayor Kyle Deaver said.

The City of Waco will soon be under an emergency order that will begin at 12:01 a.m. on June 24. This order requires businesses, that cannot keep staff members and customers six-feet-apart at all times, to wear facial coverings.

"The H-E-Bs, Walmart, Home Depot, Target, Lowes, if you've been there you know that they can't keep people apart," Deaver said. "All of those big box places are going to need to require masks."

There is no set list of places that must require mask policies, but it is up to management to make the right call on whether people are able to social distance.

"They need to make the right judgment call," Deaver said. "If they don't, and we get complaints, then we'll have to send people out there to do an investigation."

As of right now, this is an order that will expire after seven days But Tuesday morning, that could change.

The City of Waco will hold a meeting that could turn this into an ordinance. If voiced on by city council members, it could last until further notice.  You can find the official order on the City of Waco website.

Hewitt is also under an emergency order that was issued on June 20.

"If you do not wear a mask, you will probably be asked to leave," Hewitt City Manager Bo Thomas said. "If you cause a disturbance, then we have a different situation on our hands because that becomes a crime."

Hewitt also requires all businesses to post a sign at their main entrance that reminds customers they will not be allowed to enter without a face mask.

Both cities do not have law enforcement involved in these orders as of now and don't expect to do so unless individuals refuse to wear a mask and cause disturbances. You can find the official order guidelines on the City of Hewitt website.