Some residents take issue that the Shadowglen Golf Course remains open during the COVID-19 pandemic. 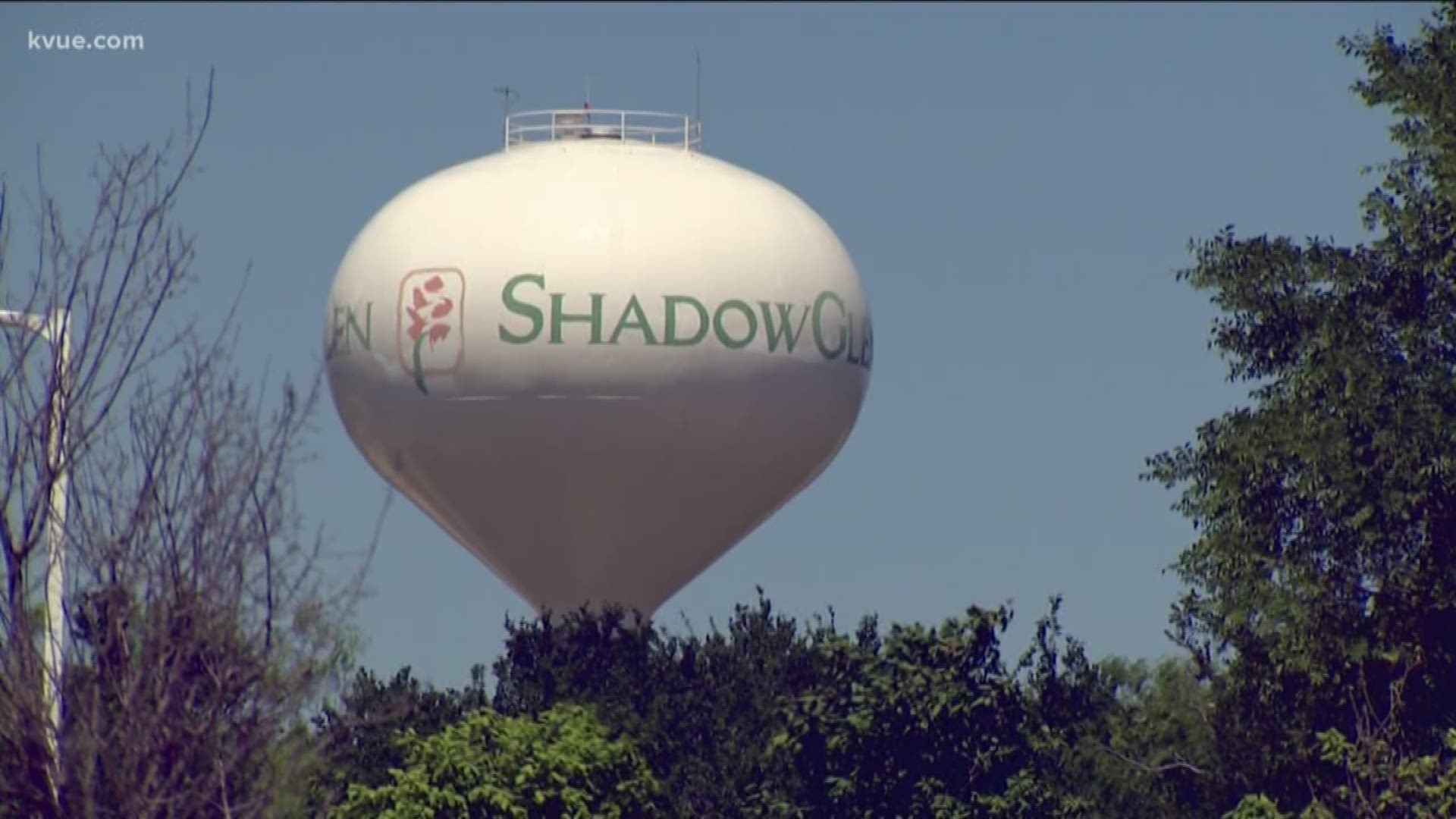 Mayor Larry Wallace said the location of the golf course is one of the reasons so many of his neighbors are talking about it.

"I think one of the hot topics right now is the golf courses," said Mayor Wallace. "I think there's a lot of attention to the golf course because it's in the center of our city, where others may be a little bit more remote or more outside, where there's not so many eyes on it. It's right smack in the middle where most of the essential services and fast food are at."

Last weekend, Wallace was on the defensive because he decided to keep it open despite a state stay-at-home order. In a call with Gov. Greg Abbott last week, Wallace said golf courses were deemed nonessential businesses but that golfing was deemed an outdoor activity.

"The employees of the golf club engaging with other individuals isn't an essential business, however, golfing is an outdoor activity," Wallace said.

But many residents don't see it that way.

One KVUE viewer wrote us and sent a picture of Shadowglen's parking lot on Friday. It was full of cars.

The caption on the social media post read, "absolutely disappointed in this! This is at Shadowglen Golf Club. This isn't social distancing!! Go home!"

The viewer said, the issue "has caused quite the commotion in our little city."

Larry Wallace has been Manor's mayor since 2019. He knows many are upset with him.

He decided to keep Shadowglen open after the call with Gov. Abbott last week.

Some cities, like Austin, decided to close public and private golf courses. Mayor Wallace explained why he didn't.

"You see it on the national level, with the different states, you see it with the different counties. It really makes it where the cities, leaders like myself have to weigh what is the best way to take care of the local economy as best as we can," Mayor Wallace said.

In other words, the clubhouse and golf shops are closed. The actual golf course is not.

He tried explaining that to residents on social media over the weekend, even doing a Facebook Live.

Some didn't appreciate his effort. The viewer who wrote us said, "when citizens started to show him his own order and said he wasn't abiding by it, he quickly turned on residents..."

But Wallace said that's not what happened. He also said that picture we showed you at the beginning of the story can be misleading.

RELATED: Gov. Greg Abbott says reopening businesses in Texas must include strategies to not spread coronavirus

"There may be now 40 different cars in the parking lot, however, there's six miles long of the golf course. Each hole is about 400 meters, the way it's supposed to be designated, there's 16-minute interval tee times," Mayor Wallace said.

• Prepaid tee times only (no transactions with employees)
• 70 players per day
• Tee Times from 8 a.m. to 1 p.m.
• Tee times every 16 minutes (reduced from every eight minutes)
• All golf carts will be staged before any golfer is on the premises.
• All golf carts will be sanitized and cleaned once all golfers have left the premises.
• There will be one employee inside the building monitoring the operation and answering calls.
• No golfers will be allowed inside the building except to use the restroom facilities.
• The driving range will be closed.

These are all rules Mayor Wallace hopes will help keep his city's economy running.