With the mask mandate set to roll back, many businesses that still plan to enforce masks are preparing for more conflicts with customers. 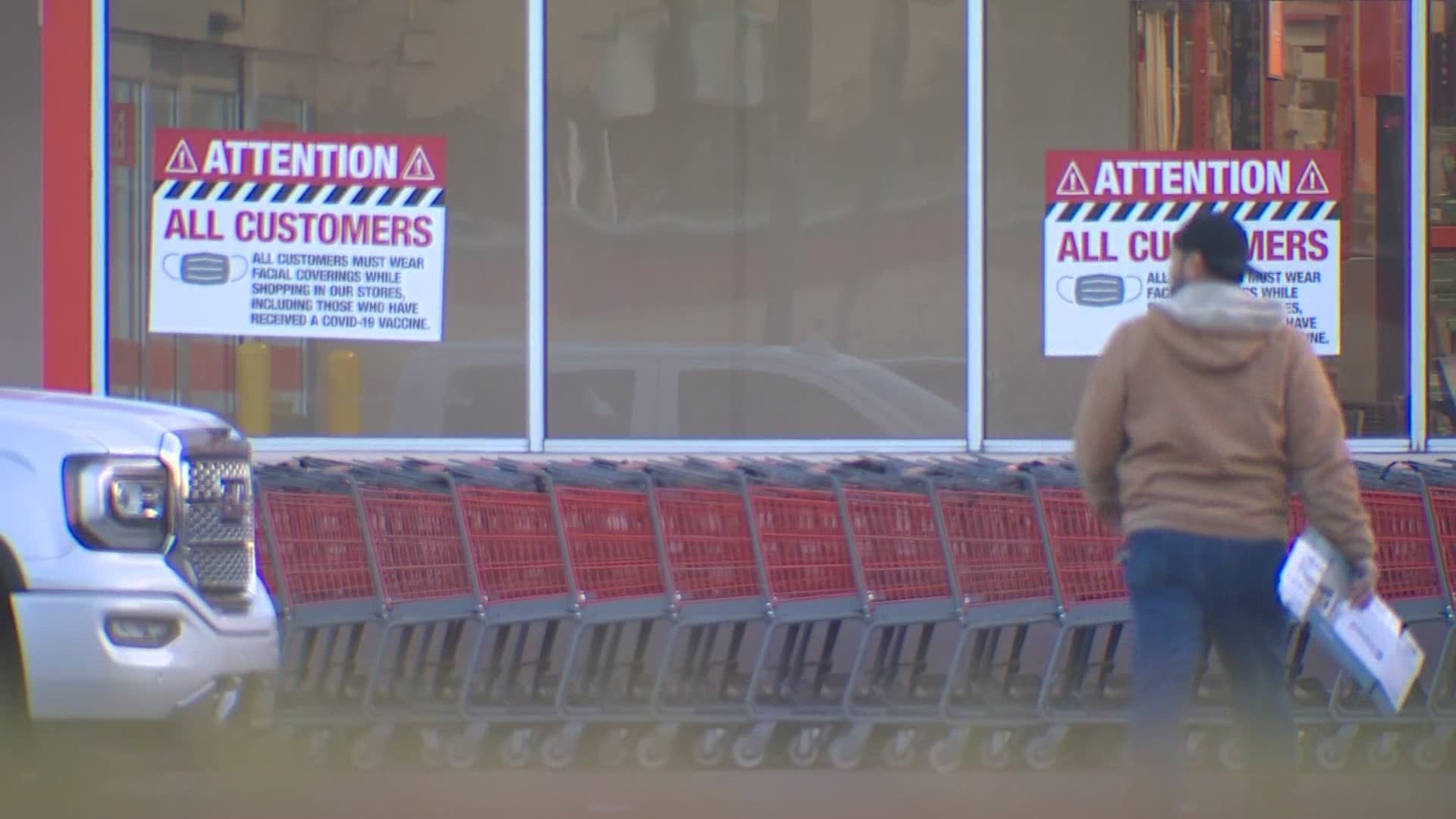 HOUSTON — Many businesses that still plan to follow the CDC’s mask wearing guidelines beyond March 10 are anticipating rising conflicts with customers.

This week Gov. Greg Abbott announced the statewide mask mandate will be rolled back on March 10.

Now, there’s a grassroots effort to support Houston area businesses who will still comply with the CDC.

For the past year, Saint Arnold Brewing Company has been able to stay afloat by finding a balance between work and wellness.

ALSO READ: Houston police: Yes, businesses can enforce masks — if you don't like it, quietly go somewhere else

Even though allowed, they’ve chosen not to open indoors and require masks when not seated.

“We are following CDC protocols and recommendations,” said founder and brewer Brock Wagner. “We were really focused on creating the safest place in the city of Houston for people to come.”

Wagner said he was surprised by Abbott’s announcement this week about reopening businesses to 100 percent capacity and removing the mask requirement. However, Wagner said the announcement doesn’t change a thing for them.

“We are excited to see the number of cases coming down, the number of vaccinations going up...but we don’t feel comfortable changing any of our protocols yet," Wagner said.

That decision is why Kelly Ingram, founder of the Facebook group COVID-Call Outs BIG THUNDERDOME EDITION, and thousands of the group’s members, plan to support Saint Arnold and other likeminded businesses.

COVID-Call Outs BIG THUNDERDOME EDITION
This is a place to publicly call out and criticize businesses and people who have chosen greed and selfishness, as well as racism, sexism, homophobia and transphobia over helping other during this...

“It’s a risky decision, and I appreciate it,” Ingram said.

The group is sharing a spreadsheet that shows which businesses are complying with the CDC’s recommendations and which are not.

“These are all places where we go often and we love. And we want to show them appreciation for standing up for us," Ingram said.

A survey from the Texas Restaurant Association shows 72 percent will still require employees to wear masks and about half will require customers to. Many expect more conflicts with customers  going forward.

Wagner said up to now, they’ve experienced little pushback from customers but thinks removing the mask mandate will be a setup to more conflicts.

“There probably are a few people out there who are basically looking for the fight,” Wagner said. “We are just hoping they don’t come and visit us.”

A business does have the right to refuse patrons. Even under the Americans with Disabilities Act, an unmasked patron can be made to leave if the business provides an alternative like curbside pickup.

Houston Police Chief Art Acevedo has said the police is happy to help a business deal with any issues.