Round Rock joins Austin in requiring masks despite Texas order

Round Rock is joining Austin in extending its mask mandate despite the governor's order. 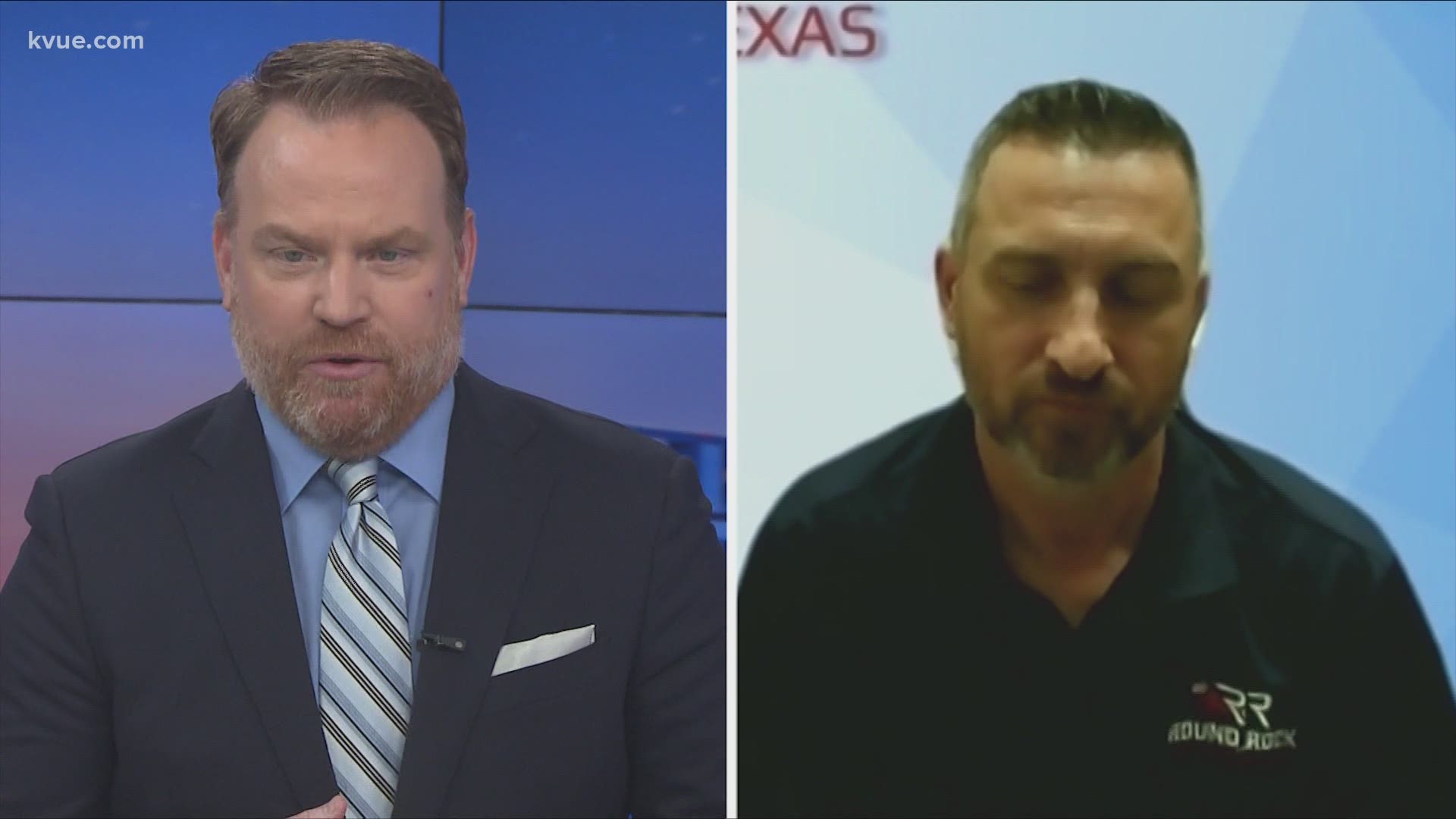 ROUND ROCK, Texas — Round Rock has announced on March 10 that its local ordinance requiring masks will remain in effect through most of April. This comes on the same day that the State of Texas' mask mandate is lifted.

The Round Rock City Council first approved the emergency mask ordinance on June 29, 2020, and the order has been extended through April 29. The ordinance states that all residents must wear face coverings when inside a business or other public building where it is difficult to keep six feet apart from others. It also mandates that Round Rock residents must wear masks when outside with a group of people that can't remain six feet apart.

The City of Round Rock said this was an emergency ordinance, an action that does not require approval by the State of Texas, and "as such is outside the scope of the Governor's orders related to COVID-19."

The statewide mask mandate will lift on Wednesday, March 10, according to Gov. Greg Abbott's order from last week. Gov. Abbott announced on March 2 that he is opening Texas "100%" in addition to lifting the mask mandate in Texas.

Round Rock is joining Austin in extending its mask mandate despite the governor's order.

Mayor @CraigMMorgan speaks on face coverings continuing to be required in #RoundRock when social distancing is not possible.

The emergency ordinance remains in effect through April 29, 2021.

The day before the statewide mandate was lifted, the City of Austin said health authority rules initially adopted in July 2020 remain in place through April 15, 2021, unless modified or extended. Under those rules, businesses and other sites must require individuals to wear a face covering, with some exceptions. Businesses should also clean and disinfect high-touch items, require at least 6 feet between groups of 10 or fewer, and post face covering and hygiene signage. Those in the City of Austin must wear face coverings when outside their residence.

Texas will soon reveal the next groups of people eligible for the vaccine in Phase 1C. Who will be included?

Here's the history and origins behind UT's 'Eyes of Texas' lyrics