Metro's coronavirus task force is taking precautions against the virus with the special team, which hasn't been activated since the 2014 Ebola outbreak. 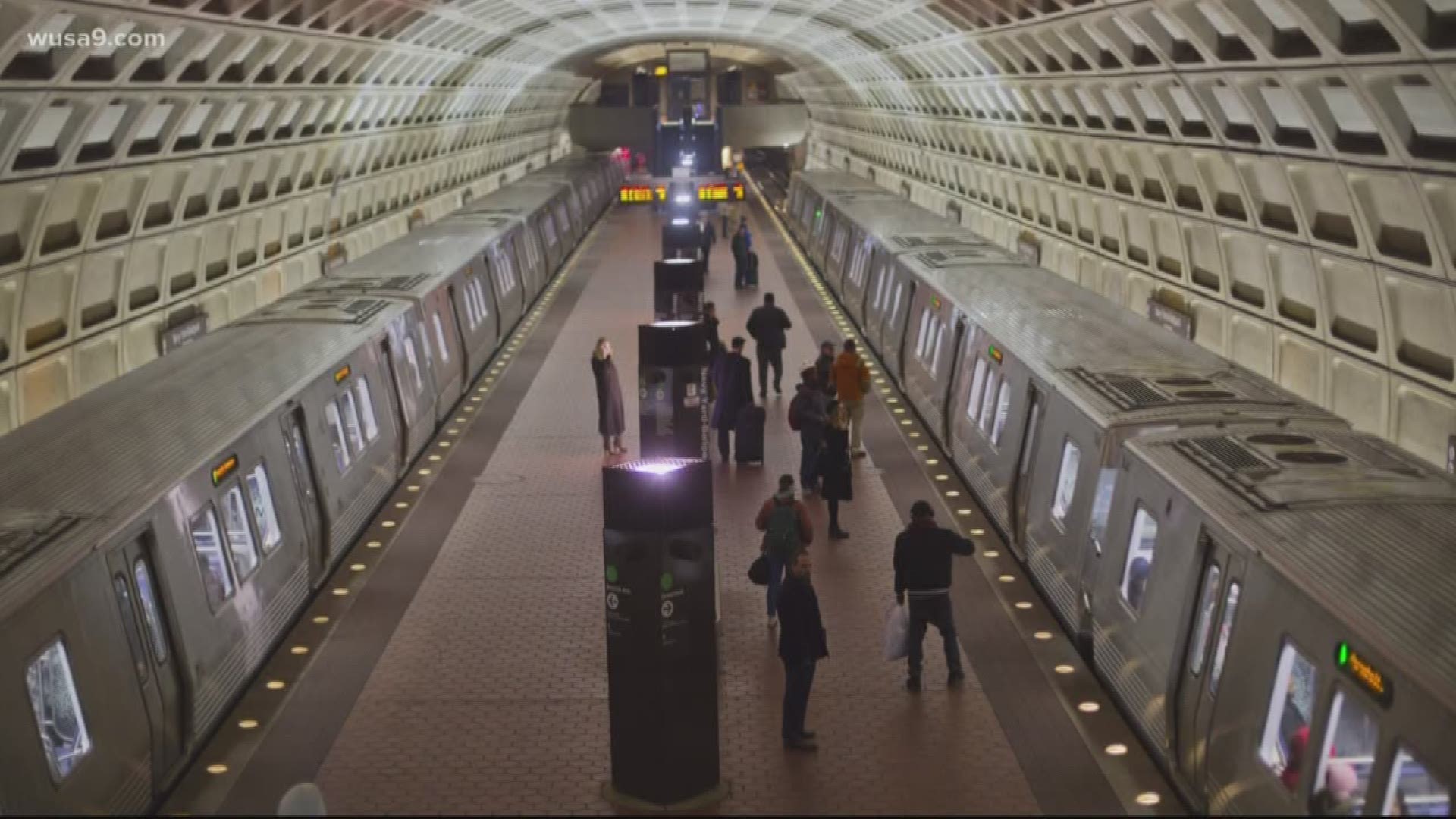 WASHINGTON — With 600,000 daily riders passing through 91 stations, touching more than 600 escalator handrails, riding on more than 2,000 rail cars, Metro maintains it is “focused on preparedness” for coronavirus.

Last activated for the Ebola outbreak of 2014, the transit agency’s special pandemic task force will meet again Thursday, according to Metro’s main spokesman.

The transit agency says trains and stations will be disinfected about once each week. New York’s Subway said crews are disinfecting surfaces every 72-hours -- a system ten times larger than Metro.

"It’s just not feasible for the Metro to be cleaning every five minutes,” Dr. Donald Milton, a professor at the University of Maryland’s School of Public Health, said. He told WUSA9 that transmitting disease on public transit could become a real risk, but the burden goes beyond the transit agency.

“It is limited what Metro can do," Milton said. "So I think as riders we have to take some responsibility.”

RELATED: Could free Metro in D.C. be expanded to Maryland and Virginia?

A Metro spokesman underscored to WUSA9 that riders should practice good personal hygiene, a message echoed by D.C. Mayor Muriel Bowser in an interview with our Bruce Johnson on The Q&A.

RELATED: $1M study to look into who should ride Metro and buses for free

Public health experts do agree that it is easier for a disease to spread in crowded places like buses and trains. Milton suggested that workplaces consider staggering start times like schools in Singapore did last month. He said that could lower the spread of disease.