Before the executive order, counties had just one remaining option to deal with rising COVID numbers. Now they have no options at all. 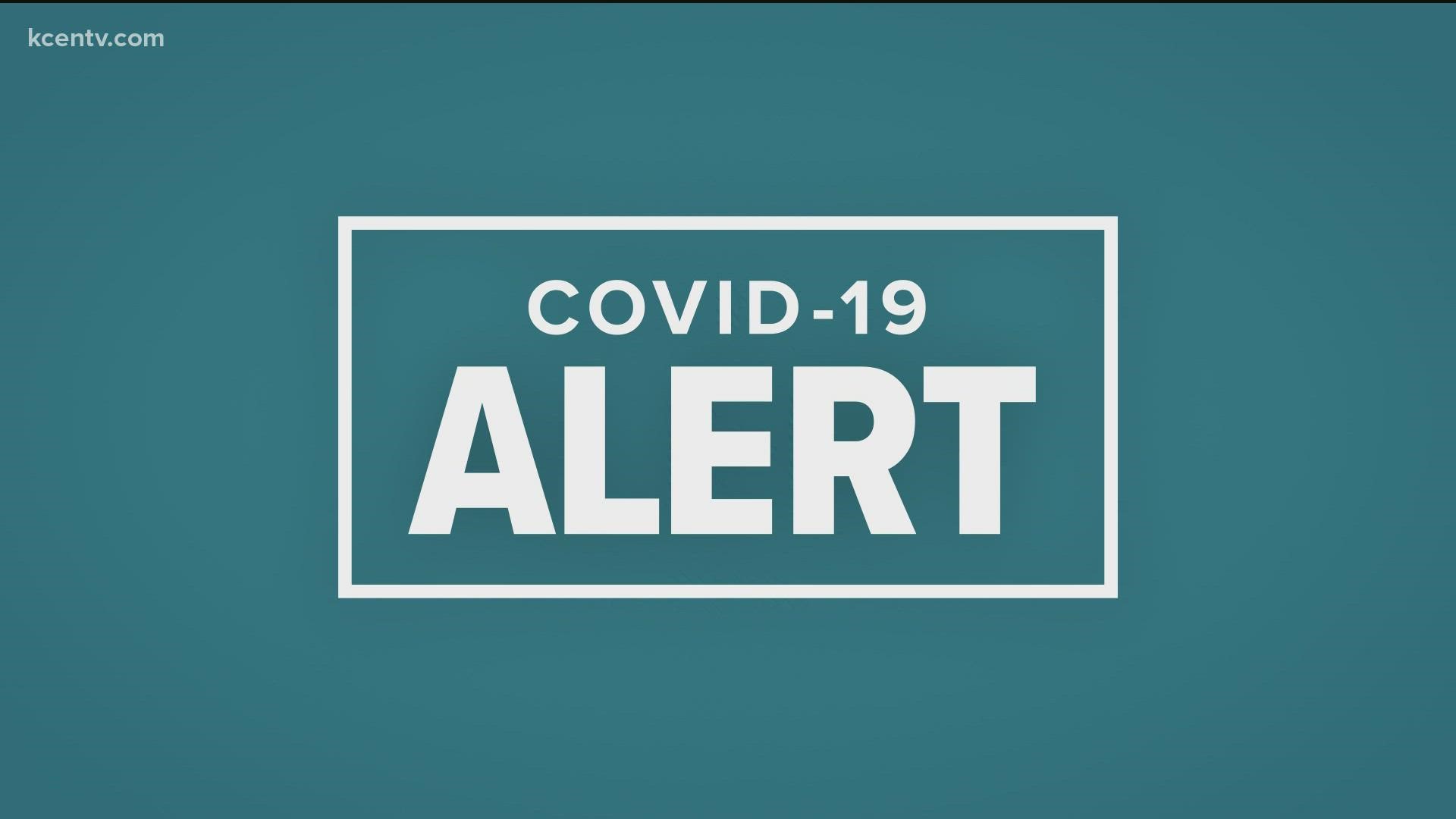 TEMPLE, Texas — Earlier this year, businesses were partially shut down and bars closed after COVID-19 hospitalizations topped 15 percent of all hospitalizations for seven consecutive days in the Trauma Service Areas that included Bell pand McLennan Counties.

Despite a similar pattern and a new surge in hospitalizations over the last few weeks, county governments won't be able to take that step again due to Gov. Greg Abbott's Executive Order 38. That policy measure was the only local option they had left until July 30, 2021.

"I have been advised that the high hospitalization rate provisions in the previous orders has been rescinded," Blackburn said. "The only provisions that are kept in the current orders from the governor are that hospitalizations need to continue to report that data."

Blackburn said the county can no longer take action when hospitalizations have reached the threshold. At the same time, the red line that marked that threshold on the DSHS dashboard tracking COVID-19 numbers was removed on Friday.

The new order states, "combining into one executive order the requirements of several existing COVID-19 executive orders will further promote statewide uniformity and certainty." It also states some measures are "to ensure the ability of Texans to preserve livelihoods while protecting lives."

In review, however, it is primarily a list of things that county and local governments, as well as state-funded entities, may not do. Such provisions include:

But just how long can the governor prevent counties from taking individual steps to combat the pandemic?

The executive order, and others like it, are possible because Abbott issued a COVID-19 disaster declaration back in March of 2020. That being said, Texas A&M Central Texas Professor Jeffrey Dixon told 6 News this latest order could be open to legal challenges based on the limits of an executive order's authority.

"The order is taken under the authority of the Texas Disaster Act which provides that the governor is responsible for meeting dangers to the state and people presented by disasters," Dixon said. "If this does not in some way meet the danger that would be difficult to sustain."

Dixon said the order could be challenged if there was no rational relationship between the measures it contained, and the act of meeting the danger of a disaster. He said this latest order could go either way.

"Promoting uniformity makes a lot of sense in response to a statewide disaster, but if the uniform policy is to not respond... I'm not sure how a court will look at that," Dixon said.

Dixon said the order also takes a very broad approach to suspend laws. In one section, Executive Order 38 reads, "...business activities and legal proceedings are free to proceed without COVID-19-related limitations imposed by local governmental entities or officials. This paragraph number supersedes any conflicting local order in response to the COVID-19 disaster, and all relevant laws are suspended to the extent necessary to preclude any such inconsistent local orders."

Dixon said such orders must specifically point out what laws are suspended and why. Making the use of "all relevant laws" dangerous.

"The Texas Disaster Act authorizes the governor to suspend laws but it does so in the form of requiring the governor to prepare a list of laws that are suspended that can be consulted by county and local governments," Dixon said.

Despite these possible challenges, Dixon did not believe Texas courts would second guess the governor on the order due to the lack of court precedent in the state on the issue. He said there had been previous attempts to fight back against Abbott's orders and they had been unsuccessful.

"They've been tried before. Some of them were tried when he issued his first executive orders regarding the pandemic and they weren't successful then so I would not count on a court overturning his order now," Dixon said.

What do you think of Abbott's new executive order? Join the conversation in the Facebook post below.

@govabbott issued the executive order writing that Texans will decide for themselves whether they'll wear masks and open...