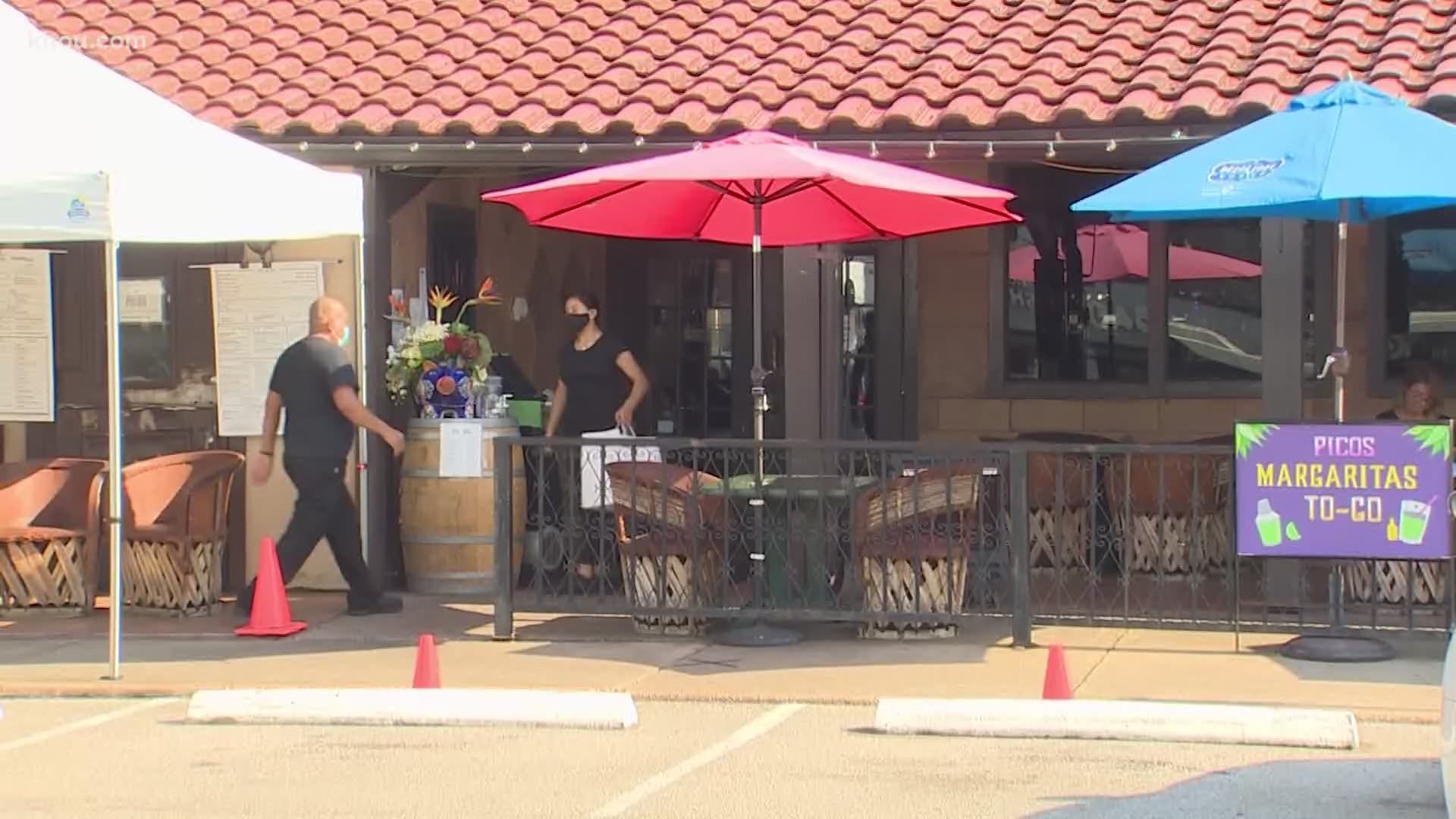 HOUSTON — The City of Houston is allowing restaurants to expand their dining areas -- outside. An ordinance passed Wednesday allows diners to eat in restaurant parking lots.

"We’ve been trying to adapt to everything they’ve been throwing at us since March 17," said Pico's chef and owner Arnoldo Richards.

"People ... may not want to go to a restaurant," Richards said. "But here we’ve done everything we’ve been told to do.”

Richards said business was back up in June, but things dropped off when cases began to spike in Houston in July. He said they’ll keep moving forward at Pico's and hopefully capitalize on the city’s latest ordinance for restaurants.

"Our plans are to build a patio and perhaps it’ll be around 600 square feet," Richards said.

Restaurants may now put patios in their parking lots.

Richards said he hopes it’ll work because he knows it’s not going to be cheap.

"It’s another expense. We just need to be conscientious of how we’re spending money because of the situation," Richards said.

Restaurants will still have to adhere to the social distancing guidelines outside and any parking lot seating area that’s more than 600 square feet would require a permit.

The existing patio at Pico's has already proven to be an asset to the business.

"Because people feel more comfortable going to a patio than going inside," Richards said.

Will a patio in the parking lot help as well? Time will tell.