Vice President Mike Pence's trip was aimed at showing that the country is on course to gradually reopening after weeks of the coronavirus shutdown. 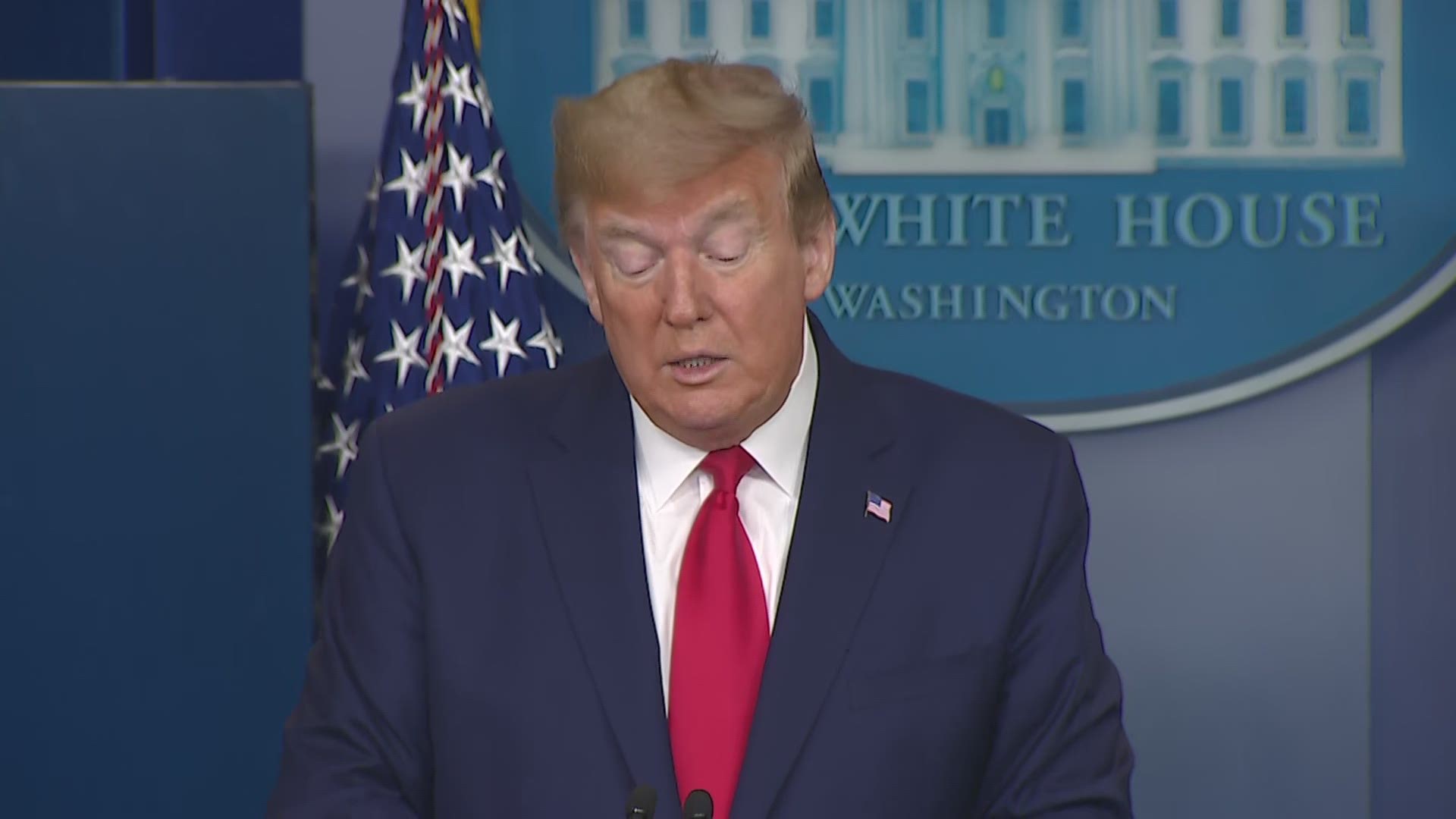 AIR FORCE ACADEMY, Colo. — In a symbolic nod to normalcy, Vice President Mike Pence delivered a commencement address to the U.S. Air Force Academy's graduating class on Saturday, telling the cadets that by setting off on their mission to defend the nation they “inspire confidence that we will prevail against the invisible enemy in our time as well.”

Pence's trip, only his second outside Washington in the last six weeks, was aimed at showing that the country is on course to gradually reopening after weeks of the coronavirus shutdown.

He spoke at a scaled-down ceremony at the academy outside Colorado Springs, where hundreds of graduating cadets in blue and white dress uniforms sat eight feet apart, taking up an area nearly as large as a football field.

“I know we gather at a time of great challenge in the life of our nation,” Pence said as he began his remarks. “And while we don’t quite look like the usual graduation at the Air Force Academy, let me tell you, this is an awesome sight. And I wouldn’t be anywhere else but with the 62nd class of the Air Force Academy, the class of 2020.”

Credit: AP
The class of 2020 toss their caps into the air as the Thunderbirds fly over Saturday, April 18, 2020, at the conclusion of the Air Force Academy graduation in Colorado Springs, Colo. Nearly 1,000 cadets graduated in a scaled-down ceremony due to the coronavirus pandemic. Saturday's commencement was attended by Vice President Mike Pence and capped a difficult final semester in which the cadets attended virtual classes and ate their meals alone in dorm rooms. (Christian Murdock/The Gazette via AP)

The event usually attracts a big crowd to Falcon Stadium, which has a maximum capacity of more than 46,000. President Donald Trump spoke last year. But this year, the pandemic forced the academy to close the ceremony to visitors, including friends and family of the nearly 1,000 graduates.

Still, the ceremony featured its signature dramatic flyover by the Air Force Thunderbirds, which thundered overhead as the graduates threw their hats into the air and burst into cheers. But instead of being able to embrace their fellow graduates, the cadets remained several feet apart and then proceeded to tie on white face masks.

“You knew your graduation day would be memorable. But did you imagine that your commencement would take place in mid-April? Or that each of us would have a face mask at the ready? Or that you would march a COVID-compliant eight feet apart to the terrazzo?” asked Barbara Barrett, secretary of the Air Force.

As the ceremony began, graduates lined up outside and silently saluted the vice president’s motorcade as he arrived on a near-empty campus shortly after 11 a.m. local time. They later filed into a stadium that was absolutely silent but for the drum roll and the rustling of starched pants marching in place.

At one point Pence asked the graduates to applaud the friends and family who “couldn’t be here because of the extraordinary times in which we live." The cadets quickly rose to their feet, cheering and waving to those watching from home.

While much of the ceremony focused on the graduates, many of whom will be joining the new Space Force, Pence also spoke about the government's response to the coronavirus.

Still, he said, for “Americans looking on from around the country at this very hour, seeing you brave men and women setting off on your mission to defend this nation” would "inspire confidence that we will prevail against the invisible enemy in our time as well.”

He later greeted graduates at a distance and met with small groups, including cadets from his home state of Indiana, who had their temperatures taken before meeting with the vice president.

Despite the starkly different visuals from previous years, Pence's day trip was meant as a signal to the nation that the pandemic response has entered a new phase.

It’s hardly “Mission Accomplished.” Hundreds of Americans continue to die every day from a virus that has upended life across the country and across the globe. But White House aides believe that with the release on Thursday of federal guidelines outlining how states should reopen and an effort Friday to publicly address testing shortages, what had been an urgent crisis is now transitioning to a period of sustained containment.

Pence was initially meant to speak to the academy’s graduates via recorded video, as military officials, who moved up the commencement by six weeks because of the pandemic, doubted he would want to travel. But White House aides said Pence on Monday made the call himself to make the trip as the White House was finalizing its guidelines for reopening America again.

He planned to continue his travels with a trip to Wisconsin on Tuesday.

Saturday's scaled-down ceremony capped a trying semester for the Air Force Academy's 967 graduates, whose last months consisted of virtual classes and solitary meals in dorm rooms to try to keep them safe.

Academy underclassmen were sent home earlier this semester because of the pandemic. The graduating class stayed, but remained isolated from one another to prevent the spread of the virus.

Two cadets died in March from what were thought to be suicides, The Gazette of Colorado Springs reported.