The doctor who tweeted the photo said he was told the airline would be blocking middle seats, but the image shows that was not the case. 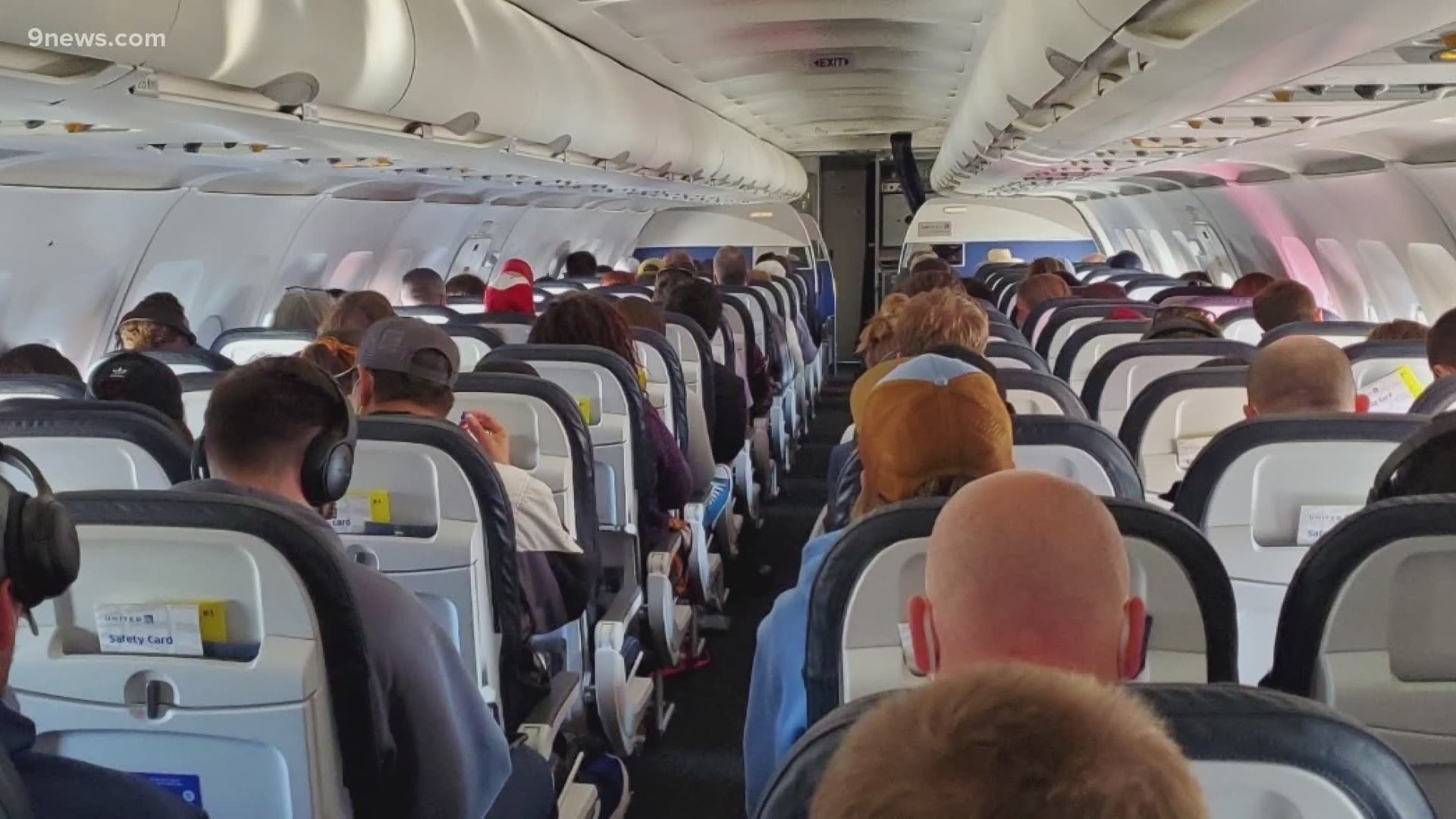 A doctor traveling on United Airlines to San Francisco Saturday after helping out in New York during the coronavirus pandemic expressed his dismay with how full the flight was. This despite efforts the airline says it is making to encourage social distancing.

"I guess @united is relaxing their social distancing policy these days? Every seat full on this 737," tweeted Dr. Ethan Weiss, a cardiologist at the University of California, San Francisco.

The tweet was accompanied by a photo showing what appeared to be virtually every seat behind him occupied. The photo shows at least 15 rows behind Weiss with a handful of empty seats.

Credit: TEGNA
A screen capture of a tweet by Dr. Ethan Weiss aboard a United Airlines flight from New York City to San Francisco, May 9, 2020.

"This is the last time I’ll be flying again for a very long time," Weiss wrote.

He went on to say that he was traveling with a group of 25 doctors and nurses who were heading home after working in New York City for the past 2-to-4 weeks.

Weiss said United flew them to New York for free. He even shared a photo from two weeks ago showing his gratitude.

But Weiss said people on board his flight Saturday were "scared" and "shocked."

Weiss said United sent an email dated April 30 saying that the middle seats would be empty. He provided a screen shot of the alleged email, highlighting a passage that reads, "We're automatically blocking middle seats to give you enough space on board..."

Weiss' photo shows some rows which were full.

On its website, United said it tries to avoid seating customers together whenever possible.

"While we cannot guarantee that all customers will be seated next to an unoccupied seat, based on historically low travel demand and the implementation of our various social distancing measures, that is the likely outcome," United's COVID-19 section states.

RELATED: What does traveling look like over the next few months?

United spokesperson Kimberly Gibb provided a statement to TEGNA, saying 85% of the airline's current flights are half full. But United has reduced its schedule by 90%, so there are occasions in which planes are fuller than customers may expect.

Gibb added there was no policy change on middle seats between the time Weiss received the email and his flight.

Starting next week through June 30, United customers who are on flights that will be closer to full capacity can choose to rebook their flight or receive a travel credit. Gibb said the airline will try to contact customers 24 hours before a flight so they can decide if they want to change their plans. United will also provide the option at the gate if more than 70% of the customers have checked in.