The record $2 trillion stimulus will feature payments for individuals and a massive loan package. 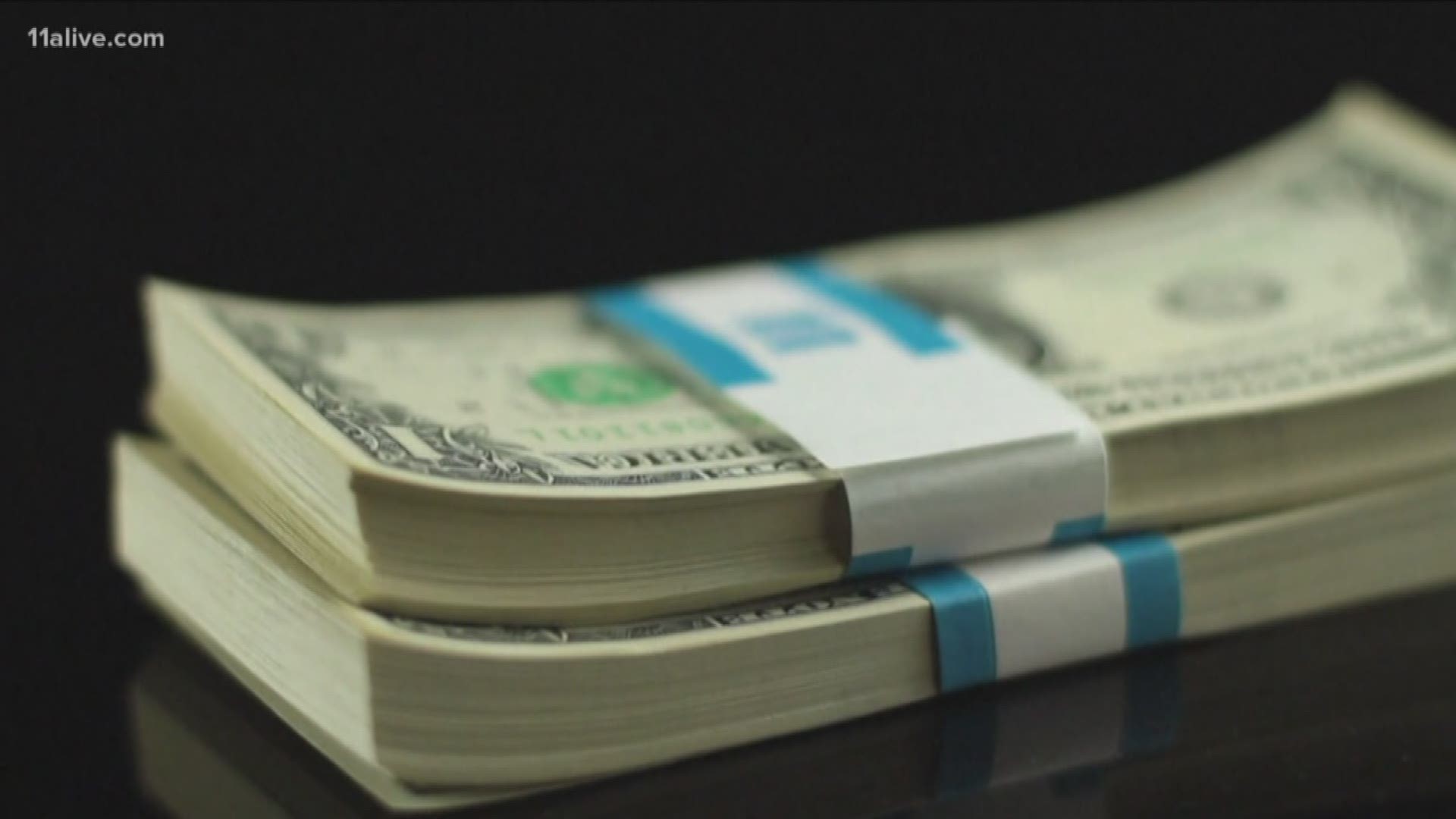 The checks are on their way - that’s the message from President Donald Trump after he signed a massive $2 Trillion stimulus package Friday afternoon.

The Treasury Department says it will likely take three weeks before the Internal Revenue Service can start processing payments. While some people will get checks in the mail, the majority, those who already have accounts set up with the IRS, will have the money deposited directly into their account.

Parents will also get $500 per child.

“It’s not so much a stimulus, I think it’s humanitarian. It’s the right thing to do,” said Ray Hill, a professor of economics at Emory.

Hill said the stimulus is unlike others we’ve seen before.

The money isn’t to stimulate the economy, but rather, hold everyone over.

“Don’t get the people into a further financial quagmire that prevents the economy from snapping back when we do go back to work,” Hill said.

Another provision that Hill believes is vital is a $350 billion loan program designed to make sure businesses don’t lay off employees.

“What we want to do is make sure when everyone goes back to work, they get re-employed fast. The best way to do that is to make sure that people don’t get fired in the interim,” said Hill.

Stocks drop, but hold on to weekly gains after a big rally

Applause erupts from Midtown balconies every night as a 'thank you' to healthcare workers, first responders