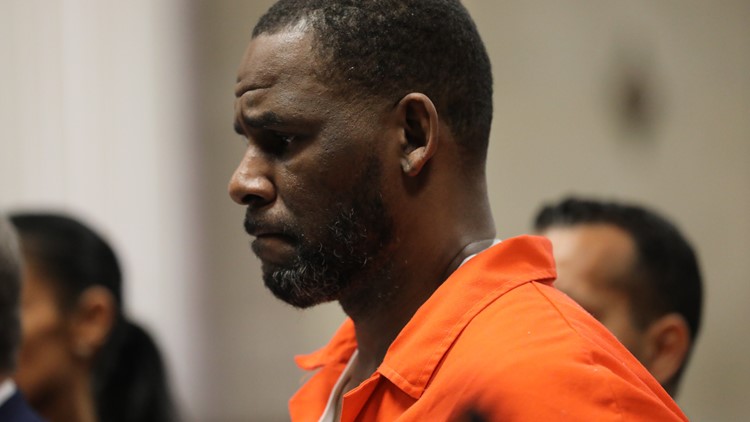 Photo by: Getty Images
CHICAGO, IL - SEPTEMBER 17: Singer R. Kelly appears during a hearing at the Leighton Criminal Courthouse on September 17, 2019 in Chicago, Illinois. Kelly is facing multiple sexual assault charges and is being held without bail. (Photo by Antonio Perez - Pool via Getty Images)

CHICAGO — Singer R. Kelly has cited the novel coronavirus in asking a federal judge to free him from a federal jail in Chicago as he awaits trial on child pornography and other charges.

A Thursday court filing by his lawyers saying scant precautions to stem the spread of the virus behind bars put Kelly's life at risk.

The filing in U.S. District Court in Chicago says sanitizer and even soap is hard to come by in the Metropolitan Correctional Center, with most of its 700 inmates held in small, two-man cells that make the kind of social distancing called for to thwart the transmission of COVID-19 impossible.

It says the visiting floor has sanitizer, but a sign next to the single bottle available says, “STAFF ONLY;” and a bathroom on the same floor often has no soap.