Rodgers stands by remarks, admits being misleading on status

Aaron Rodgers spoke on "The Pat McAfee Show" Tuesday, saying he admits to misleading people about his status, but has to "stay true" to who he is. 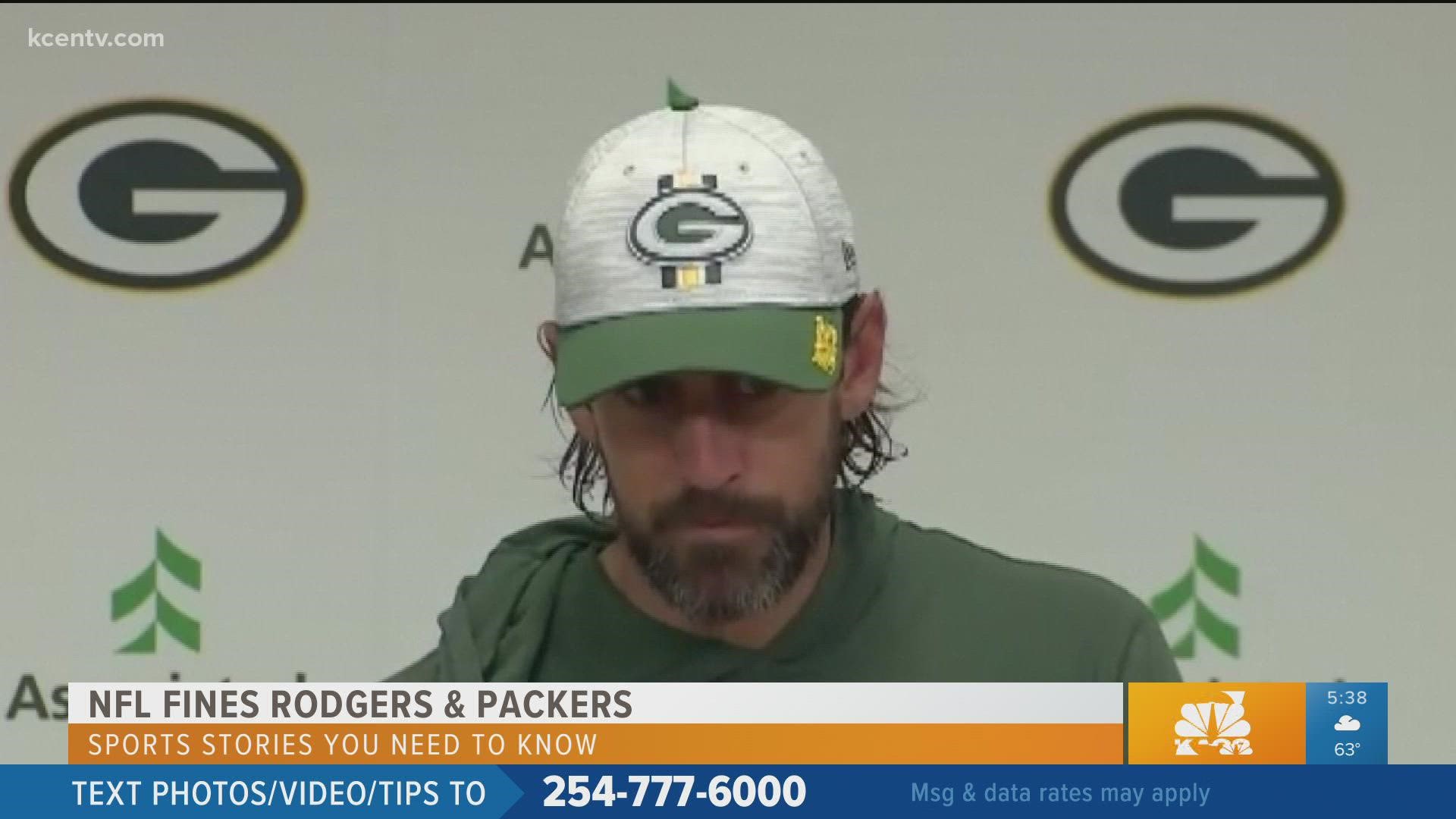 GREEN BAY, Wis. — Green Bay Packers quarterback Aaron Rodgers says he stands behind the comments he made last week about why he didn’t get vaccinated for COVID-19, but acknowledges misleading some people about his status before testing positive.

Rodgers spoke Tuesday on “The Pat McAfee Show" on YouTube and SiriusXM, four days after discussing on the same outlet his reasons for avoiding a vaccine. Rodgers tested positive Wednesday, was unavailable to play in the Packers’ 13-7 loss Sunday at Kansas City and remains quarantined in his Green Bay home.

“I shared an opinion that’s polarizing,” Rodgers said. “I get it. And I misled some people about my status, which I take full responsibility of, those comments. But in the end, I have to stay true to who I am and what I’m about. I stand behind the things that I said.”

When he was asked about his vaccination status in an Aug. 26 news conference, Rodgers replied by saying, “Yeah, I’m immunized.”

Rodgers had said Friday he sought alternative treatments rather than the NFL-endorsed vaccinations because he is allergic to an ingredient in the Moderna and Pfizer vaccines. He didn’t specify the ingredient.

The three-time NFL MVP said he didn’t want the Johnson & Johnson vaccine after hearing of multiple people who’d had adverse reactions to it. Rodgers also said he was worried about potential fertility issues from getting one of these three vaccines. The Centers for Disease Control and Prevention says there is no evidence COVID-19 vaccines cause fertility problems in men or women and that vaccinations are recommended for people who want to have children.

“I made some comments that people might have felt were misleading,” Rodgers said. “To anybody who felt misled by those comments, I take full responsibility for those comments.”

Rodgers didn’t specify the comments he was referencing at the time. But about 20 minutes later, he acknowledged that he had misled some people about his vaccination status.

The COVID-19 vaccines authorized for use in the U.S. were tested in tens of thousands of people and proven to be both safe and effective at dramatically reducing the risk of serious disease and death. Serious side effects are extremely rare — and any risk is far lower than the risks posed by COVID-19.

Rodgers emphasized that he realizes the gravity of the pandemic and its impact. During his Friday appearance, he had talked about being “in the crosshairs of the woke mob” and wanting to tell his side of the story “before my final nail gets put in my cancel culture casket.”

“I understand that people are suffering,” Rodgers said. “This has been a really difficult time for the last two years on so many people. We all know individuals who’ve lost their lives personally, people who’ve lost their businesses, their livelihoods. Their way of life has been altered completely. And I empathize with those things. I also know how sports can be such a connector and bring people together in times of adversity. I do realize that I am a role model to a lot of people.”

After Rodgers made his comments Friday, Wisconsin-based Prevea Health said it had ended its nine-year partnership with the veteran quarterback. Prevea Health’s announcement said it was a mutual parting.

State Farm issued a statement Monday saying it disagrees with some of Rodgers’ statements, but respects his right to have his own opinion, an indication it would keep its relationship with one of its biggest celebrity endorsers. State Farm’s statement says it encourages vaccinations but noted that Rodgers “has been a great ambassador for our company for much of the past decade.”

Rodgers said he doesn’t feel a need to address the commentary that has followed his remarks about why he didn’t get vaccinated.

“I’m an athlete,” Rodgers said. “I’m not an activist. I’m going to get back to doing what I do best, and that’s playing ball. I shared my opinion. It wasn’t one that was come to frivolously. It involved a lot of study and what I felt like was in my best interest for my body. Further comments, I’m going to keep to myself and my doctors.”

Rodgers, who turns 38 on Dec. 2, says he’s feeling better and that he believes there’s only a small possibility he wouldn’t be available for Sunday’s game against the Seattle Seahawks. The earliest Rodgers could return to the team is Saturday.

“I’m feeling really good,” he said. “I’m definitely fortunate to have the type of care that I’ve been able to have. I know it’s special and it’s helped me get through this better. I also know it hasn’t been like that for everybody. I know this is a difficult time for so many people dealing with COVID. It’s been a tough two years for a lot of people. This has definitely been a time of reflection.” 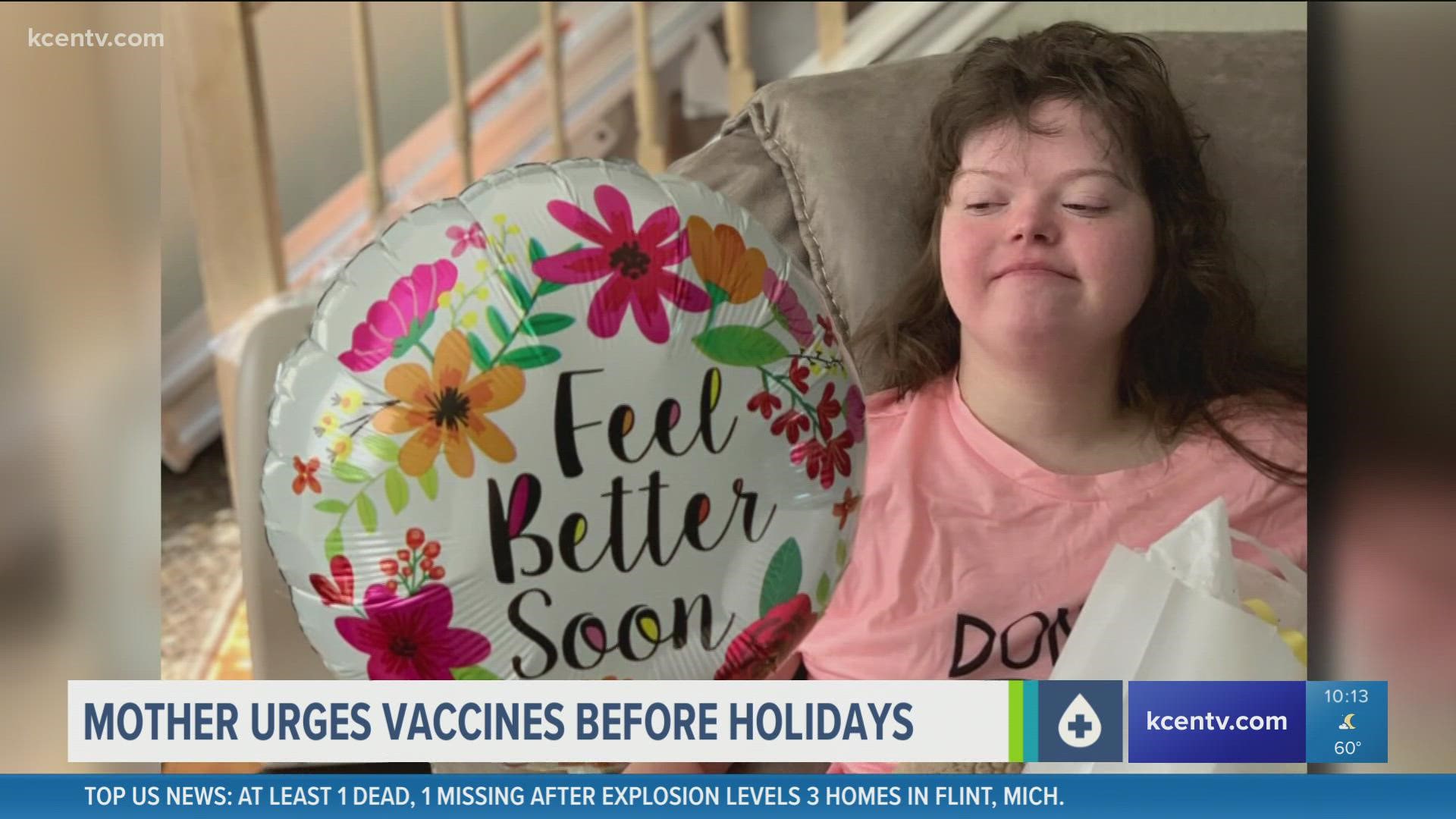