During its closure, the shelter said it would be professionally deep cleaned according to standards set by the Centers for Disease Control and Prevention. 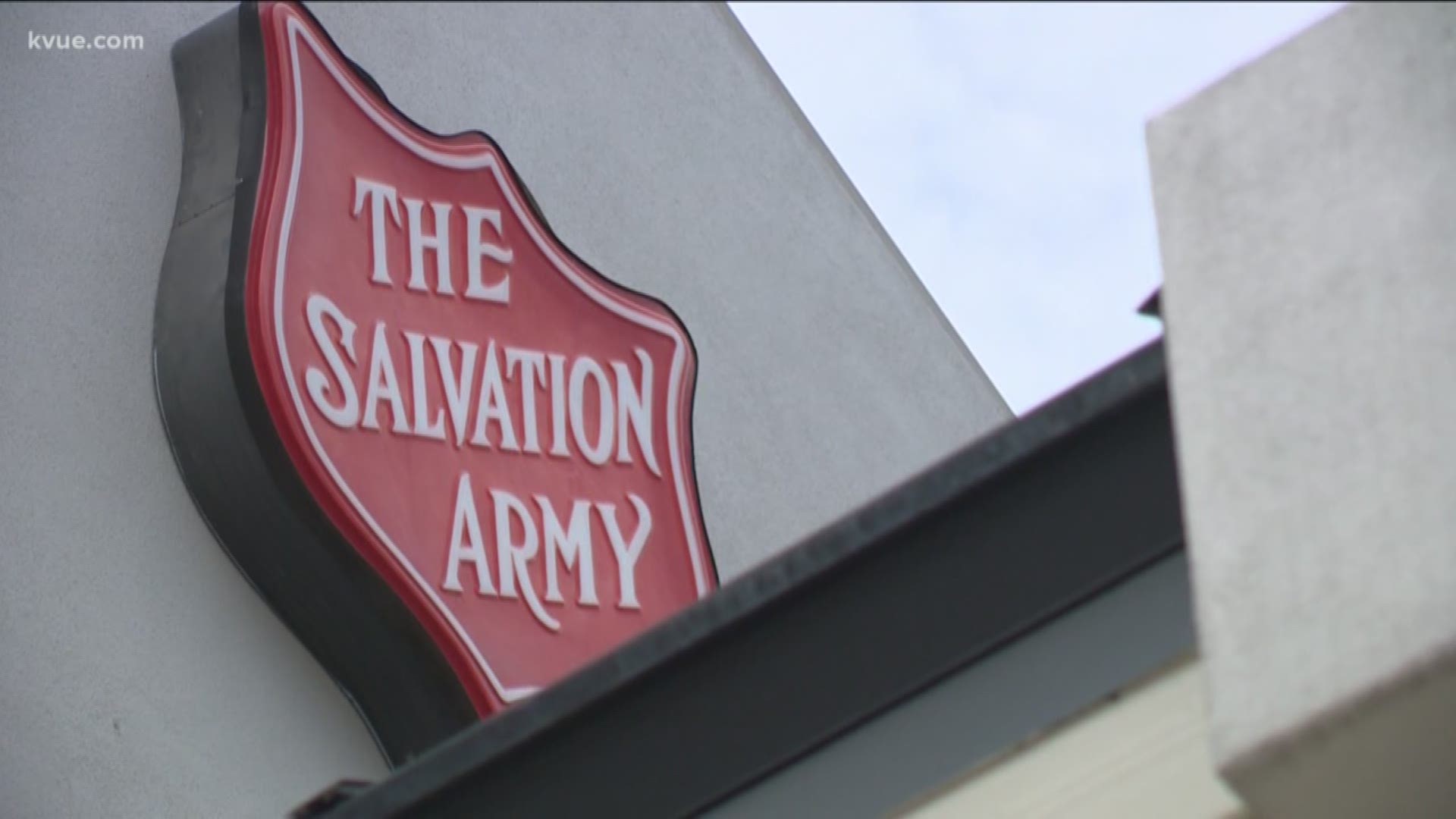 Communications Director Corey Lith said, on a daily basis, The Salvation Army will utilize Austin Community Screening Tool to screen all staff and residents for symptoms and exposure to COVID-19 before allowing entry.

Salvation Army staff will take the temperature of each person – staff, adult residents and children – upon arrival to the shelter each day, according to Leith. Residents will also have their temperature checked again if they leave the building and return. The downtown shelter capacity will be set for 80 individuals for social distancing purposes, officials said.

“As we continue to adjust to the new norm, our number one priority remains consistent: the health and safety of our clients and staff members,” says Major Lewis Reckline, Austin Area Commander. “Our commitment to our mission of moving families into self-sufficiency has not changed.”

Leith said the shelter will screen all individuals by asking the following questions:

Residents who answer yes to any of the questions above or have a temperature of 100.4°F or greater must be assessed for possible placement in an isolation facility, Leith said.

This policy has been implemented at all 3 of our locations in Austin, according to The Salvation Army.

The Salvation Army of Austin announced on April 13 it would be temporarily closing its Downtown Social Services Center to help ensure the health of residents and staff, calling it a necessary precaution to help prevent the spread of COVID-19.

During the closure, the shelter said it would be professionally deep cleaned according to standards set by the Centers for Disease Control and Prevention (CDC).

Six days later, on April 19, Austin Public Health (APH) said it was investigating nine facilities in the city, including the Downtown Austin shelter, as a COVID-19 cluster.

APH defines a cluster as three or more positive cases of COVID-19 at a single location. Clusters do not present a significant risk to the local community as there is significant community spread of COVID-19 across Austin, APH said on April 19.

Salvation Army said its staff stays up to date on the latest guidance to providers by visiting the Health and Human Services COVID-19 page.

The Salvation Army said questions regarding the COVID-19 cluster investigation should be directed to the City, but gave KVUE this statement:

"Our top concern is the safety and well being of our staff and shelter residents. We were very fortunate to have the City of Austin’s support when it came to isolating our shelter residents at a local hotel."

According to the City of Austin, APH tested 77 people on April 9, which included people staying at the Salvation Army shelter as well as residents and staff of the Austin Resource Center for the Homeless (ARCH). The staff and ARCH testing were for "surveillance" testing.

Fourteen of the 39 women at the Salvation Army tested positive and half were asymptomatic at the time of testing. None of the other staff or ARCH residents received positive results.

Because of the high positivity rate in the Salvation Army cluster and the known mixing of the two populations, the APH on April 13 conducted further surveillance testing of 64 people, including a mix of ARCH staff, ARCH residents, and some individuals living on the street surrounding the shelters. All of these tests returned negative, the City said, suggesting containment of the outbreak.