Most parks open for passive use only: playgrounds, athletic courts & fields, and bathrooms closed to prevent spread of coronavirus

We know everyone wants to get outside now that the weather is nice and we're tired of being cooped up, but practice social distancing! 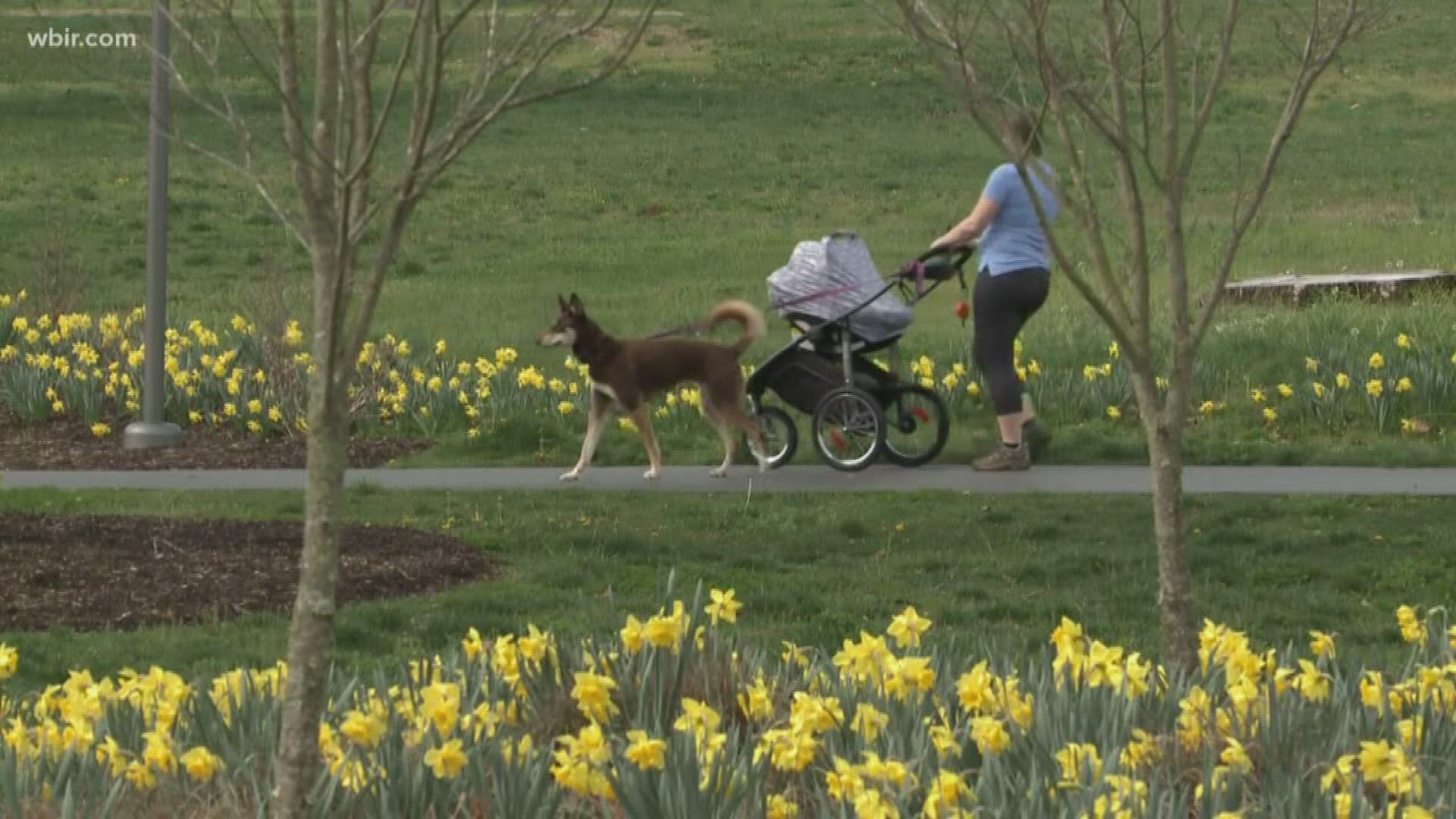 Some city and county parks are either closing or limiting use of certain facilities to help prevent the spread of coronavirus.

The City of Knoxville And Knox County said its restrooms, athletic fields and courts, and playgrounds are currently closed to prevent people from gathering so close together.

You can still walk and bike the trails, run on the grass, and spend time outside.

Knox County, which closed bathroom and playgrounds on Monday, announced Friday that the parks were open for passive use only, so all skate parks, beach volleyball, basketball courts and ballfields will be closed.

As of April 4, all state parks will be closed to comply with Gov. Lee's executive order to stay at home. The order lasts through at least April 14.

Sevierville said it has closed all its parks, posting signs out front to notify people. All courses and practice facilities at the Sevierville Golf Club will also close Tuesday. Greenways in the city remain open.

RELATED: 'Safer at Home' still means you can go outside while keeping safe distance from others

RELATED: Most areas of the Great Smoky Mountains closing for two weeks starting Tuesday because of coronavirus

The City of Clinton said starting Friday, all playgrounds, recreational equipment, basketball courts and tennis courts in Clinton City Parks will be closed until further notice.