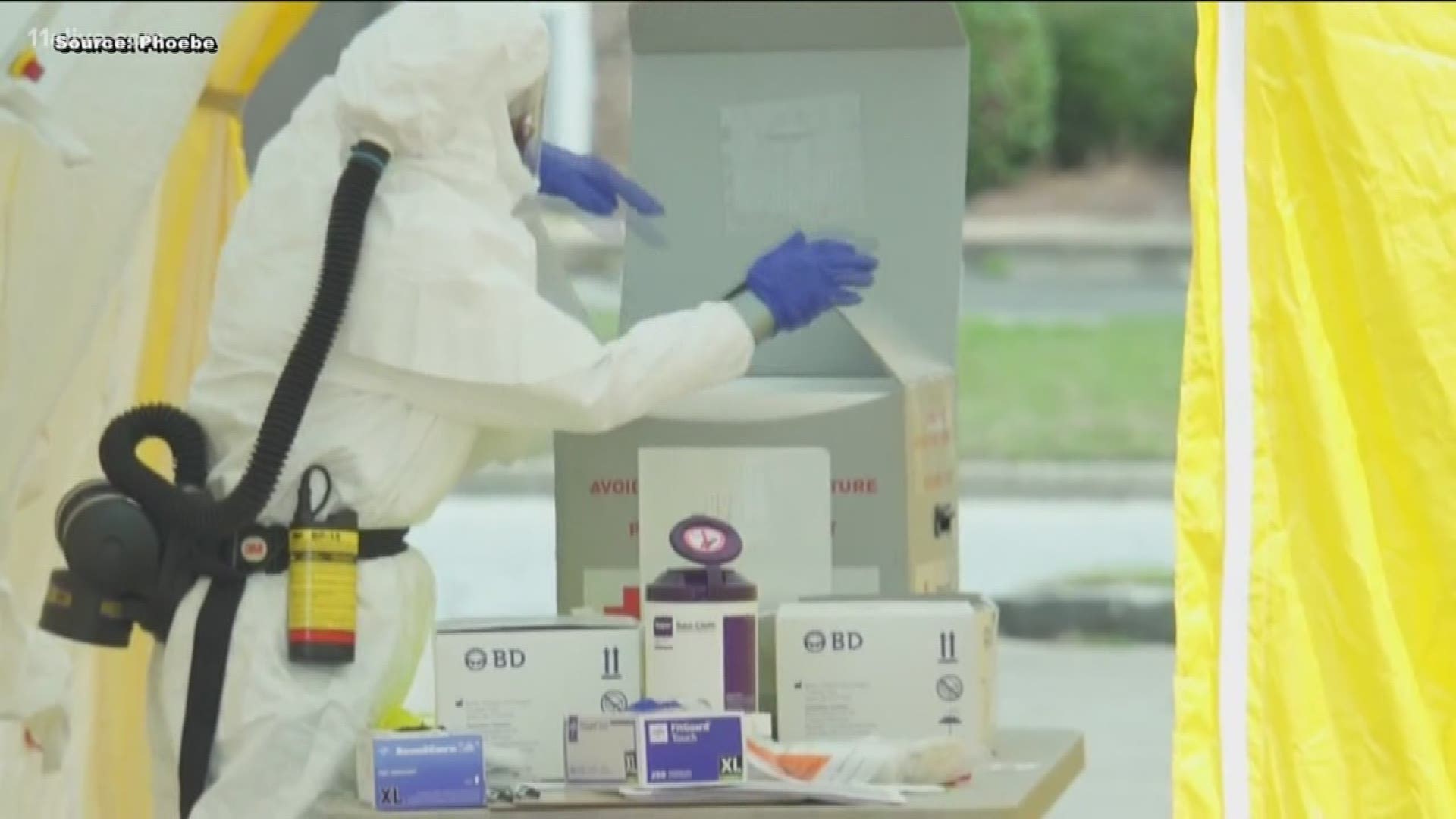 ALBANY, Ga. — Albany, Ga., is one of the hardest-hit places in the nation with COVID-19.

The Southwest Georgia city has a population of about 77,000. It also has the second-highest death rate from the disease in the entire state.

Terricka Parks has had the flu before. She said that COVID-19 is nothing like that.

"They say flu-like symptoms, but this felt 10 times worse than the flu," she said. "It felt like I had a tractor-trailer sitting on my chest. I couldn't do the simple things."

The 28-year-old contracted the virus while at a church service on March 10.

She said her symptoms got so bad that she did not know if she was going to make it.

RELATED: These are the coronavirus hot spots in Georgia

"I was literally ready to give up my fight," she said. "I told myself, I was just gonna lay in my bed and pretty much, let go. I said I wasn't going to fight anymore, but then, I had to think (about) what I had to fight for."

Kemp said that Albany -- in Dougherty County -- is a major hotspot for the virus, and it's spreading rapidly.

Kemp is sending in troops from the Georgia National Guard to help support healthcare workers there.

"Your front-line healthcare workers," Kemp said. "We've got to keep them in the game. They're the ones protecting us."

On Tuesday, the governor announced a partnership with state colleges that will increase the number of tests for the virus available -- which he says will help stop the spread.

"Obviously if we can do that in the state, the Albany-Southwest Georgia area will be one of the first places we implement that," Kemp said. "Just because of the situation we have on the ground."

Officials in Dougherty County have traced the outbreak there to a large funeral on February 29 that the governor is calling a "super spreading event" -- where a small number of people cause a large number of infections.

Still, Kemp is hopeful the state will get past this.

"Join us in this fight," he said. "Just a few more weeks and we will be on the other side of this. And we will come out stronger than ever before."

Terricka agrees -- as long as people take this virus seriously.

"I'm very grateful they were so innovative, you know," she said. "They had a plan, and then they put the plan into place. Because its still people here trying to recover."

11Alive is focusing our news coverage on the facts and not the fear around the virus.  We want to keep you informed about the latest developments while ensuring that we deliver confirmed, factual information.

We asked metro Atlanta counties if they are still serving eviction notices. This is what they said

This is a breakdown of Georgia's coronavirus-related deaths