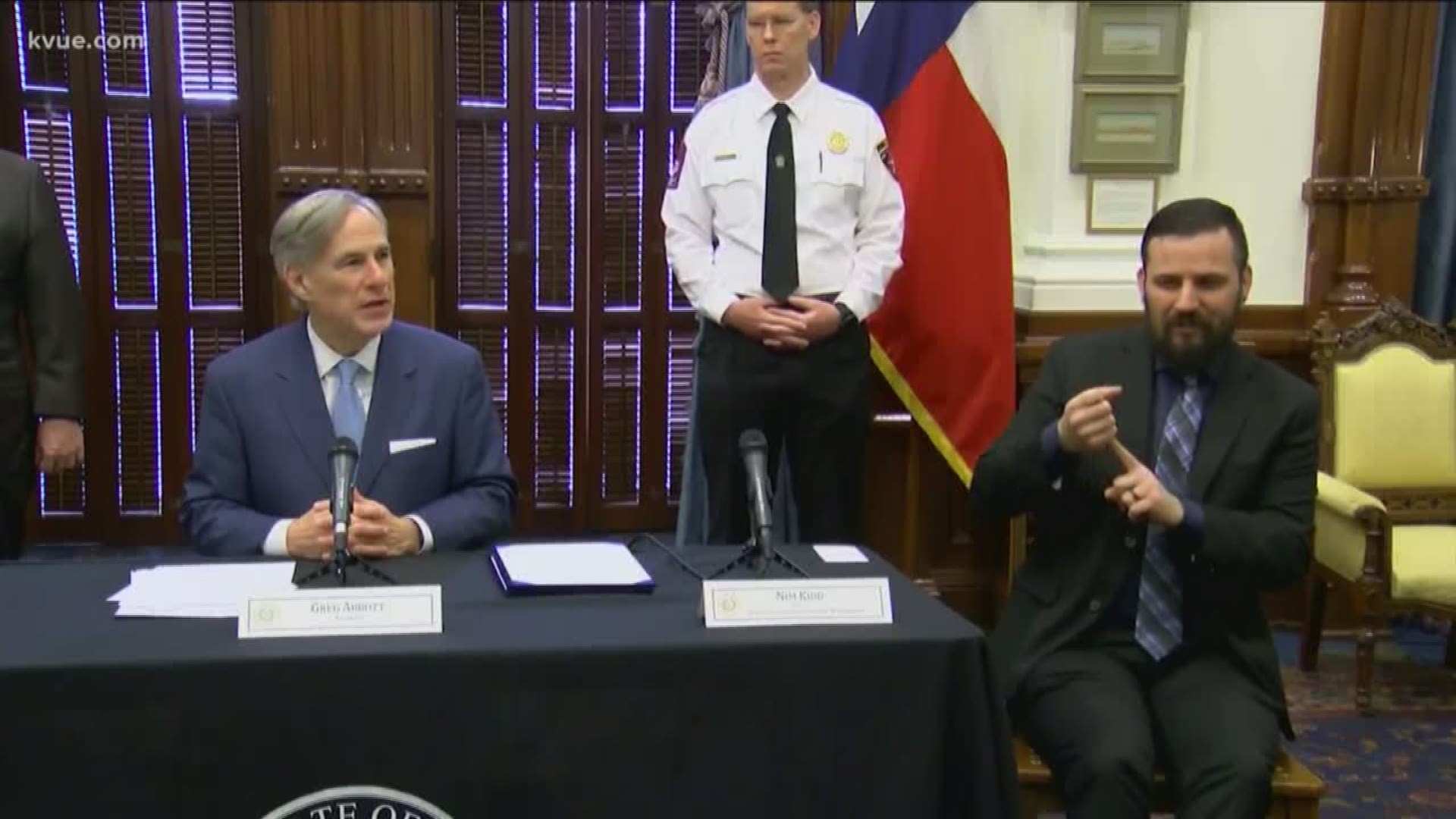 AUSTIN, Texas — On March 22, Gov. Greg Abbott held a press conference to give an update on the state's response to coronavirus.

At the conference, Abbott announced he is issuing two orders that he hopes will free up “countless hospital beds” across the state of Texas. He is ordering medical professionals to postpone procedures and surgeries that are not necessary in order to increase the capacity of hospital rooms available. And he is also urging hospitals to allow more than one patient per hospital room.

At the conference, Abbott also acknowledged growing conversation about whether or not he should issue a statewide "shelter in place." He announced he will not issue a shelter in place yet, pointing to the 200-plus counties in Texas with no coronavirus cases as his reasoning. Abbott did, however, mention local officials have the power to issue such regulations for their respective areas.

Additionally, the governor announced the creation of a temporary supply chain strike force, which he named Keith Miears, senior vice president of worldwide procurement at Dell Technologies, to serve as supply chain director for the state of Texas. Also on the strike force will be former State Rep. John Zerwas, MD, who will assist with hospital relations and preparedness, Clint Harp, vice resident of transmission strategic services for the Lower Colorado River Authority, who will assist with asset research and procurement, and Elaine Mendoza, chair of the A&M Board of Regents, who will assist with statewide child care infrastructure for critical workers.

The supply chain strike force team will be tasked with guiding collaboration between the public and private sectors to ensure health care facilities have the supplies and resources they need to respond to COVID-19, according to Abbott. In addition to working with the federal government and businesses to secure necessary personal protective equipment, the team will work to ensure day-to-day resources (including food) are available for Texas’ medical personnel, first responders and those who have contracted COVID-19.

Abbott also announced that out of 334 people in 43 Texas counties who have tested positive for coronavirus, six have died. Abbott said 8,700 people in Texas have been tested for coronavirus.

Coronavirus: What does a 'presumptive positive' case of COVID-19 mean?

The governor said Texans should expect to see the number of COVID-19 positive test results continue to increase as more testing kits become available to the state. Abbott said the federal government has assisted in providing more coronavirus tests, which led to the number of Texans tested tripling since Friday, March 20.

The Texas Department of State Health Services said at the press conference "it is very clear … that we are in the beginning of community spread of COVID-19."

The governor's press conference comes after President Donald Trump addressed the nation from the White House Saturday, saying the new coronavirus had affected at least 148 countries. President Trump said he's been working to respond to the needs of state governments across the country.

Coronavirus layoffs in the Austin area: What to know if you lost your job