'This is our time to step up.' Austin-area pizzeria is baking hundreds of pizzas for doctors, nurses and first responders

One pizzeria owner says giving back is in his blood. That's why he and staff have given out hundreds of pizzas to doctors, nurses and first responders. 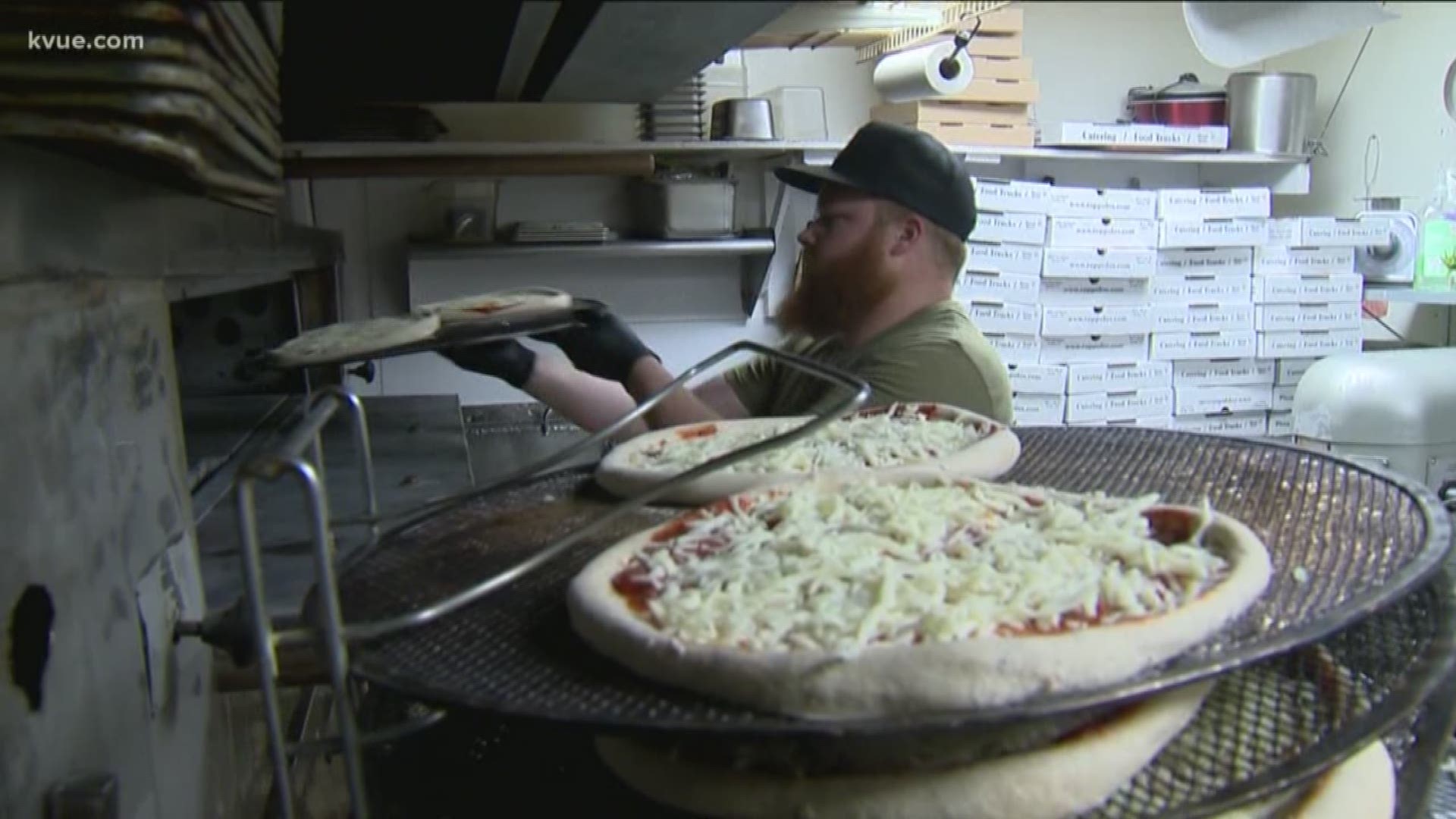 AUSTIN, Texas — If you take a look at Marc Roppolo's family tree, you'd see giving back is in his roots.

"I had a father who was in WWII a bomber pilot," said Roppolo. "And then he also told me all about being stricken with polio and 10 months in quarantine in a hospital in 1952 seven months later."

However, the service doesn't stop there.

"My grandfather fed people in the great depression," he said.

Now, Roppolo is following in his family's footsteps and feeding first responders, doctors and nurses.

He's the owner of Roppolo's Pizzeria in Austin and said they've made more than 600 pizzas this week to donate.

"This was our time as a country to step up and do everything we can for all the first responders that are taking care of all of the people that are being devastated by this horrible pandemic that’s going on," said Roppolo.

Looking to help communities hit hard by COVID-19? Here's how to make sure your donations go to reputable charities

"We’re actually all on unemployment," said Brad Sutton, the assistant general manager. "We’re just coming in here and volunteering our own time just to help the people that are fighting the fight."

Even though it's a tough time for the service industry, the staff said they hope other restaurants give back too.

"I realized the only thing we can do is make a lot of food, take it all out, give it away, and the smiles on the faces of all the hospital nurses and doctors who have come out to greet us, it’s wrenching actually," said Roppolo. "It’s an emotional time."

Texas unemployment rate jumps 1,600%. Here's how you can get help