"This is about ensuring everyone is vaccinated," Council Chairman Phil Mendelson said in a statement. 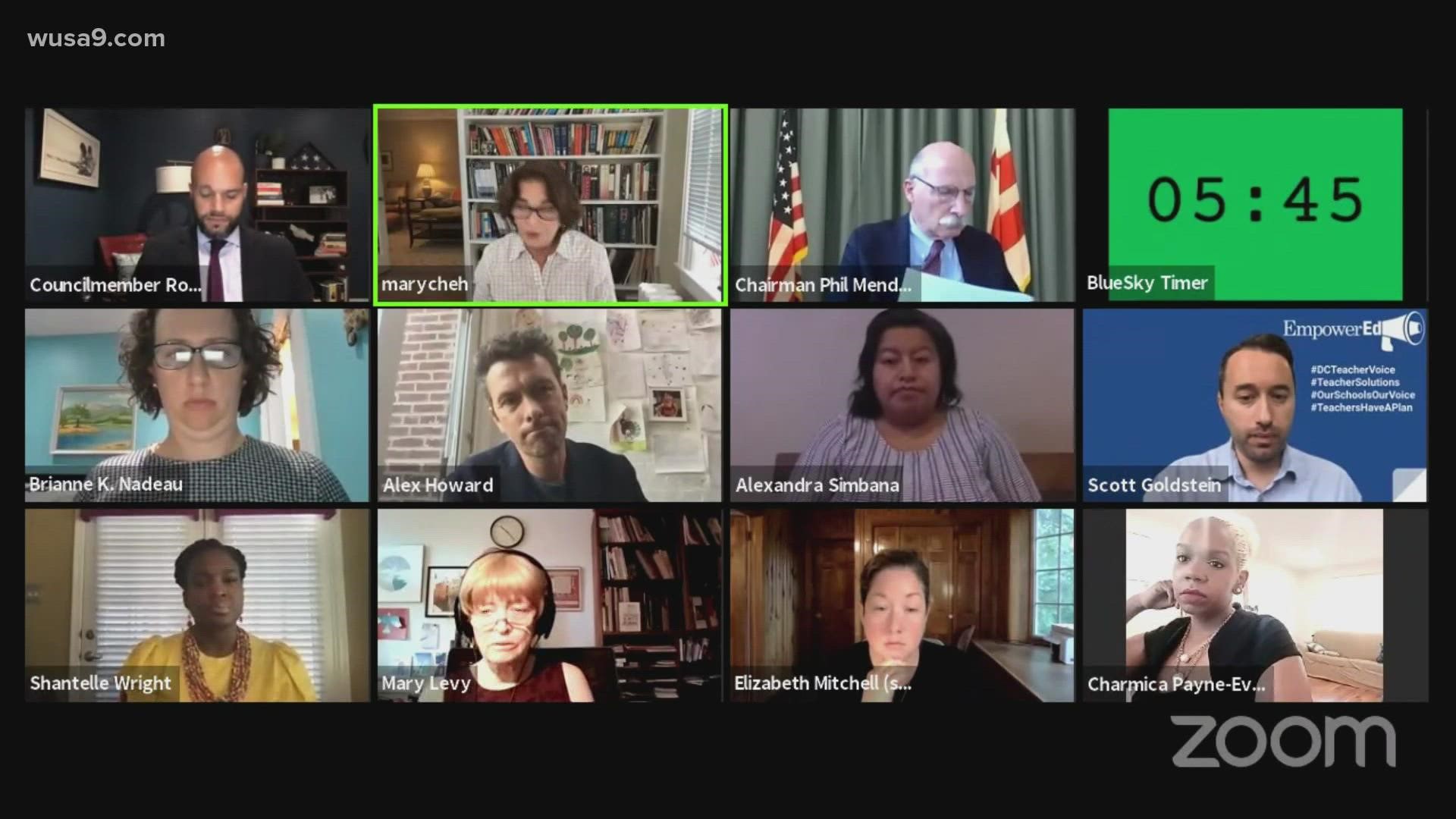 WASHINGTON — D.C Council may consider a COVID-19 mandate for all councilmembers and staff.

That's according to an internal memo from Council Chairman Phil Mendelson, in which Mendelson asks that the council consider an internal resolution that would require all councilmembers and staff to be fully vaccinated against COVID-19 by the end of the month or face consequences.

According to the memo, the idea for a mandate came as a result of several conversations by councilmembers last month.

"Failure to adhere to the vaccine policy would constitute a violation of the Council Rules and employees who do not comply would face disciplinary action by the respective personnel authority," the memo reads. Those who are granted religious or medical exemptions must undergo weekly testing.

The Council does not fall under the authority of the mandate for D.C. federal workers, which took effect last month.

In order to enforce the mandate, Chairman Mendelson will introduce an amendment to update an existing law granting him the authority to "take disciplinary action against Council employees for failure to comply with the Council COVID-19 Vaccination Policy."

The amendment would require the approval of D.C. Mayor Muriel Bowser, but in a press conference Friday discussing crime prevention, Bowser said she would support the policy shift.

According to the memo, disciplinary action could include termination, but in an email statement, Mendelson said he hopes not to take such drastic action.

"I am hopeful ... that I will not have to exercise this authority. In sum: this is about ensuring that everyone is vaccinated," Mendelson wrote in the email to WUSA9.

The Council could vote on the internal resolution on Tuesday, October 5.

Also, Tuesday, D.C. Council plans to vote on emergency legislation, that would expand virtual learning to more students if approved. It would also broaden the definition of excused absences for students during the pandemic.