Unvaccinated employees must provide negative tests each week but some have not, the school system says. 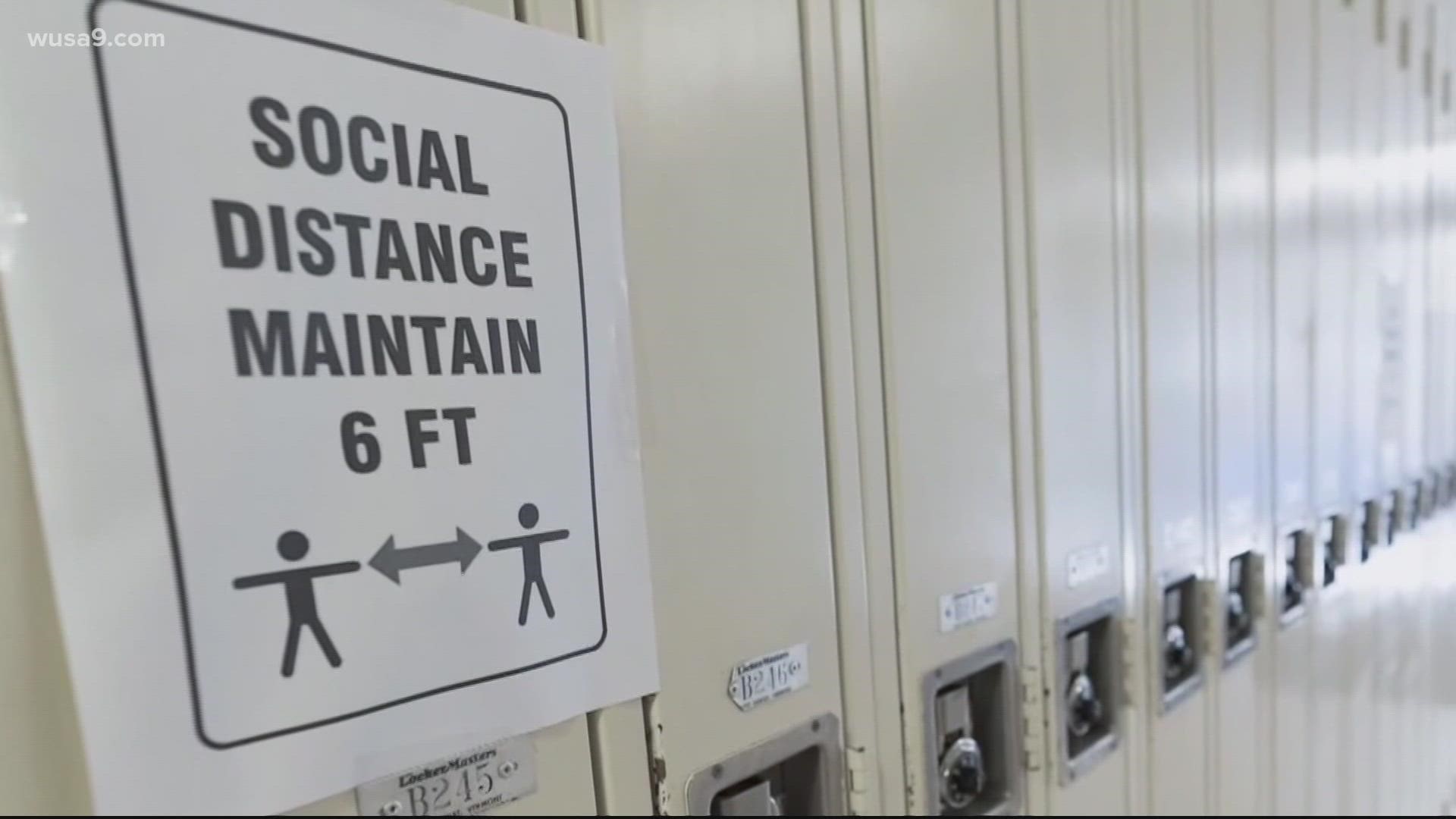 PRINCE GEORGE'S COUNTY, Md. — Disciplinary action has started for unvaccinated Prince George’s County School system workers who are accused of failing to comply with a requirement to provide a weekly negative COVID test, according to a spokesperson for the school system.

County schools will continue to stand by a policy of avoiding a vaccine mandate for workers, spokesperson Meghan Gebresalassie said.

Grebrasalassie was unable to provide information on how many unvaccinated workers have been placed on leave for allegedly failing to comply with the negative testing requirement.

More than 3,400 of the county's approximately 19,000 school system workers have not been vaccinated and are required to provide weekly negative tests.

The school system is providing free testing at 183 schools and 5 other sites.

Late in September, whistleblowers told WUSA9 that workers without proof of negative tests were still showing up on the job.

The school system admitted that its testing program had suffered from some “hiccups."

Monday, the third week of the testing program for unvaccinated workers, began and the same whistleblowers reported testing is now running more smoothly.

Donna Christy, leader of the county's teacher's union says despite the rough rollout of testing for unvaccinated workers a vaccine mandate would be a bad idea.

Christy pointed out that 94% of teachers have chosen to vaccinate.

"We voluntarily did it. We didn't need a mandate to do it. And I think that actually helps build a trust relationship with the school system,” Christy said.

Christy added that a staffing crisis makes suspending or firing workers even more difficult for everyone.

“It's very fair to report that we are very understaffed at this point across the board in a lot of positions in a lot of areas.  We can't afford to lose employees over a vaccine mandate," Christy said.

Prince George’s Schools said the goal remains to get 100% of staff vaccinated without a vaccine mandate.

The lawsuit claims there is no vaccine exemption for religious beliefs.