The S&P 500 glided to a gain of 1.4%, with Apple, Microsoft and other technology stocks leading the way. 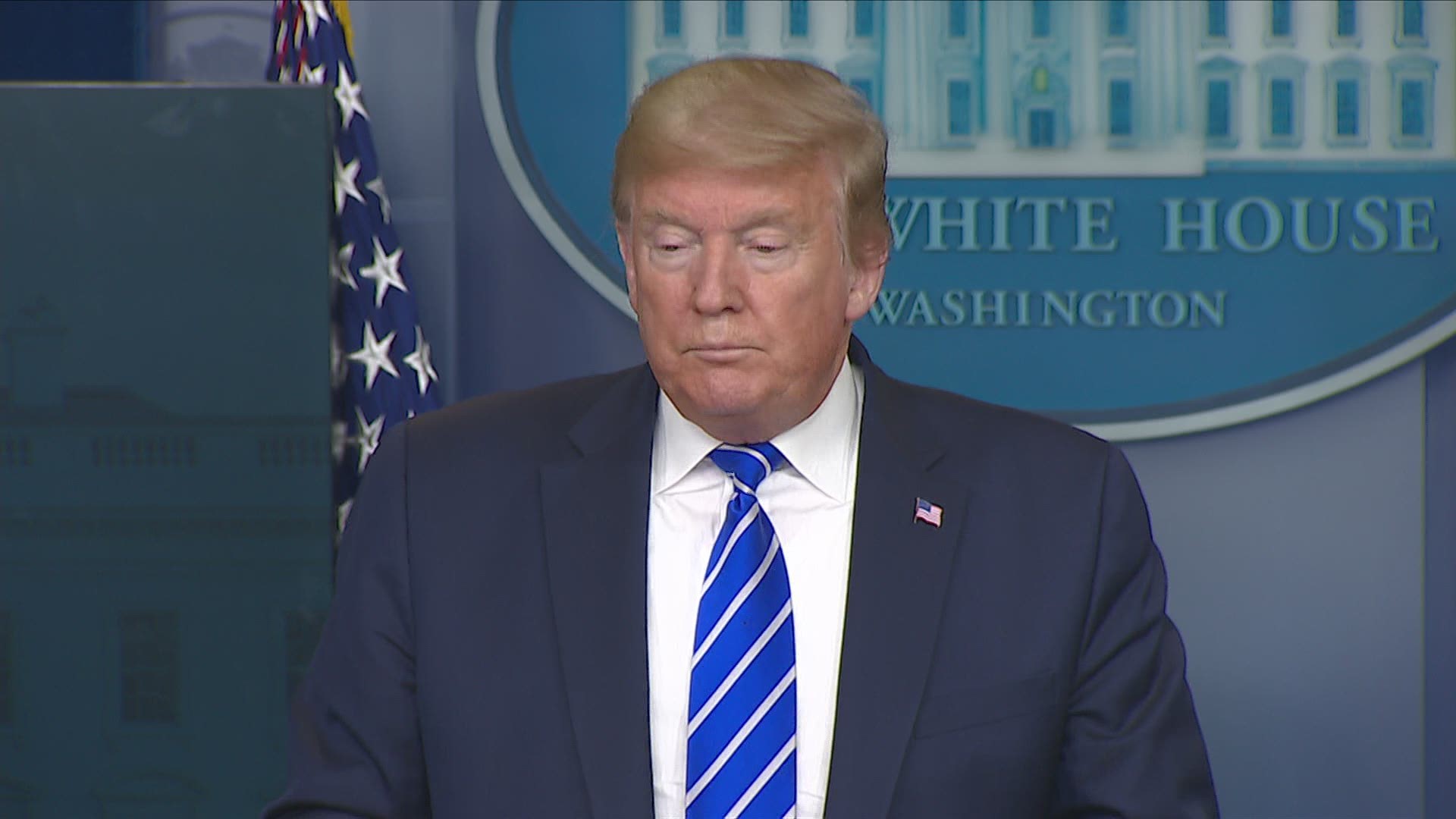 NEW YORK — In a manic week full of previously unthinkable market moves, Wall Street ended Friday with one reminiscent of what things were like before the coronavirus outbreak upended everything.

The S&P 500 glided to a gain of 1.4%, with Apple, Microsoft and other technology stocks leading the way, as they did so many times before the economy shut down in hopes of slowing the spread of the outbreak. The bond market was quiet, while crude prices climbed again.

The gains offered a soothing coda for a wild week, which began with Monday’s astonishing plummet for oil and carried through Thursday’s sudden disappearance of a morning stock rally, as markets pinballed from fear to hope and back again.

“The market sort of feels like Dorothy coming to the crossroads and has yet to meet the scarecrow to tell her which way to go,” said Sam Stovall, chief investment strategist at CFRA.

The S&P 500 still lost 1.3% for the week as worries about the economic damage dealt by the coronavirus outbreak outweighed hopes that businesses could soon reopen. That snapped the first two-week winning streak for the S&P 500 since it began selling off in February.

Reports piled higher through the week showing the pandemic is bludgeoning the economy even more than economists had feared. Roughly one in six U.S. workers has filed for unemployment benefits over the last five weeks.

The damage is so severe that a heavily divided Congress has reached bipartisan agreement on massive support for the economy. President Donald Trump signed a bill Friday to provide nearly $500 billion more, including loans for small businesses and aid for hospitals.

RELATED: President Trump expected to sign $500B aid bill as US virus cases near 870K

The big question for markets is when the economy can reopen, said Mike Zigmont, head of trading and research at Harvest Volatility Management. Businesses can get by for a few months on government help, he said, but if the shutdown drags on longer they could be permanently damaged.

Many investors have essentially agreed to swallow horrific corporate profits and economic data in upcoming months, and they’re turning their focus to who can survive and eventually grow their profits in the future.

Next week will be one of the busiest of this earnings season, with more than 150 companies in the S&P 500 reporting how much they made during the first three months of the year. Many companies have been pulling their profit forecasts entirely for 2020 given all the uncertainty, and Wall Street is slashing its own estimates.

“I don’t really think that’s added to the concern of investors because they assume that companies will be doing a lot of writing down in this bad year so that 2021 could look even better,” said CFRA’s Stovall.

Gains for big tech stocks led the way. Tech makes up an outsized portion of the S&P 500 following years of market dominance. And because changes in market value dictate the index’s moves, the performance of the biggest stocks can have a disproportionate effect.

Stocks have been generally rallying since late March on promises for massive aid from Congress and the Federal Reserve, along with more recent hopes that parts of the economy may be close to reopening. In Georgia, some businesses began welcoming back customers on Friday after the governor eased a monthlong shutdown.

But many professional investors have been skeptical of the market‘s recent rally. They say there’s still too much uncertainty about how long the recession will last and that attempts to reopen the economy could trigger more waves of infections if they’re premature.

In a demonstration of how hungry the market is for a vaccine or treatment for COVID-19, the S&P 500 erased a rally of more than 1% in a span of seconds on Thursday following a discouraging report about a potential drug treatment. The Financial Times said a Chinese study of the drug found no positive effect, citing data published accidentally by the World Health Organization, though the company behind the drug said the data represented “inappropriate characterizations” of the study.

Through all the volatility, many investors saving for retirement have been holding steady. They’re calling in for advice much more often, but the majority of savers with 401(k) accounts at Fidelity did not pull back on their contributions during the quarter.

The S&P 500 is down 16.2% from its record in February, though it’s more than halved its loss since late March.

The price of a barrel of U.S. oil to be delivered in June rose 2.7% to settle at $16.94. It had sunk as low as $6.50 earlier this week on worries that storage tanks are close to topping out amid a collapse in demand. Worries about extra oil with nowhere to go sent prices in one corner of the U.S. oil market below zero on Monday.

The yield on the 10-year Treasury note slipped to 0.60% from 0.61% late Thursday. Yields tend to fall when investors are downgrading their expectations for the economy and inflation.

RELATED: 26 million have sought US jobless aid since virus hit

Credit: AP
A woman wearing a mask to help stop the spread of the new coronavirus stands near an electronic stock board showing Japan's Nikkei 225 index at a securities firm in Tokyo Friday, April 24, 2020. Asian shares are lower Friday after an early rally on Wall Street suddenly vanished, the latest example of how fragile the hopes underpinning the stock market’s monthlong recovery are.(AP Photo/Eugene Hoshiko)