Dr. Parker believes it may take some time before everything reopens. 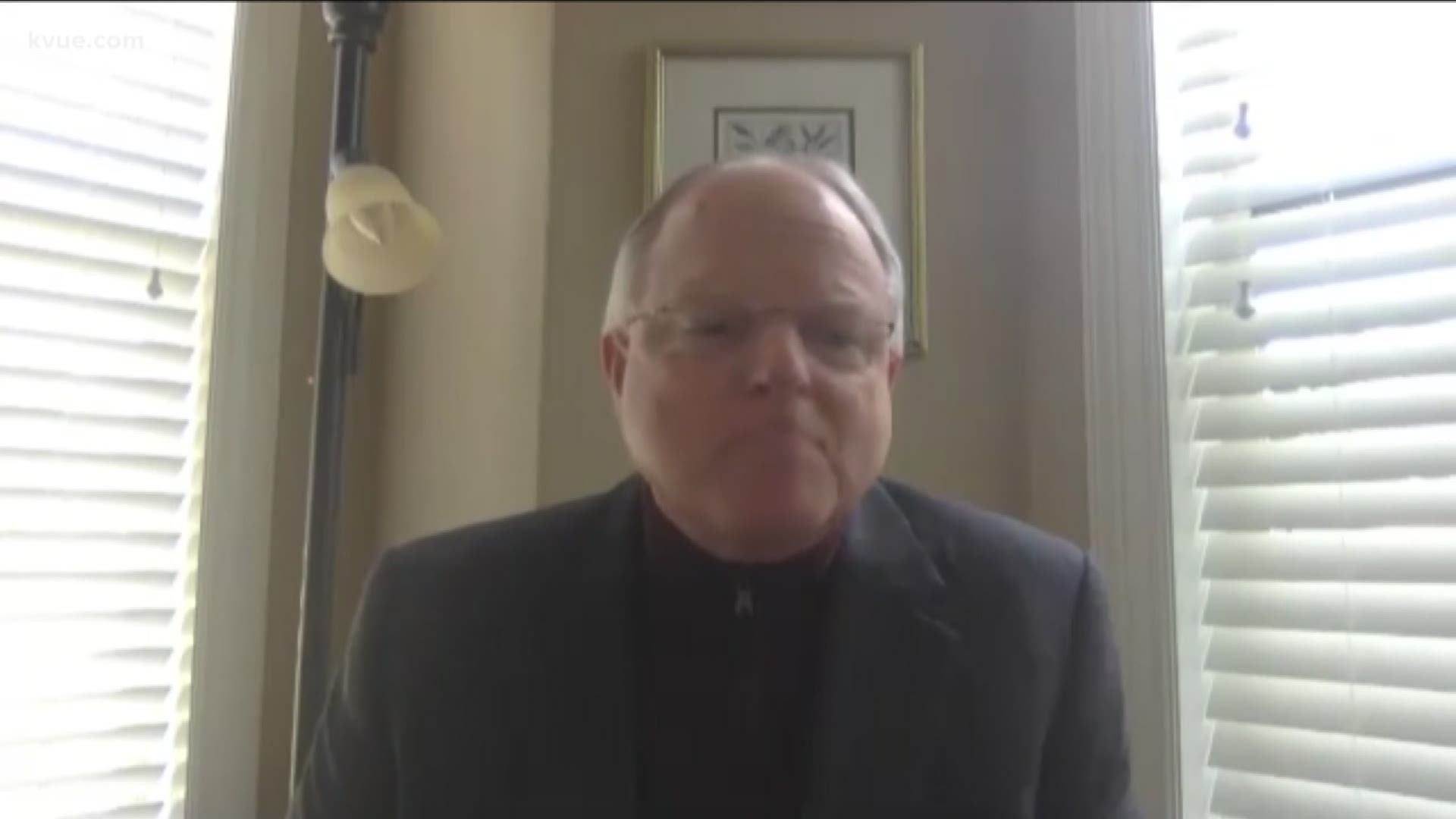 AUSTIN, Texas — After spending years handling pandemic preparedness and response at the federal level, a Texas A&M associate dean and former U.S. Army commander is keeping an eye on coronavirus from College Station.

KVUE's Pattrik Perez spoke with Texas A&M Associate Dean at Global One Health Dr. Gerald Parker about what we've done right to slow the spread of the virus and what returning to normal could look like.

Q: How are local cities and counties handling the pandemic? Are they doing enough, or do you think more needs to be done?

A: "Our nation at all levels – federal, state, local and businesses and universities – have responded in an unprecedented manner ... I was most impressed by small businesses and individuals and families and universities that began to take action even before some of the government guidance and even before some of the guidance became, you know, more aggressive. In Austin, for instance, you canceled the major event of the year [SXSW] before these things became kind of more mandatory. So, I think it's unprecedented, the seriousness that we as individuals, businesses and universities took this, you know, without actually being forced to do it. And I think that's really unprecedented. And I know we all want to get back to work. We all want to know now when is the peak coming? We all know what an epi curve is, and we know about flattening and crushing the curve. And I'm just as excited about getting on the other side of the curve as you are and talking about getting back to work."

Q: How do you see society returning to normal?

A: "We all are going to have a new normal in our lives and our businesses and so forth ... And I'm convinced that the ingenuity and innovation, you know, in our small businesses are going to be kind of key ... But even in the grocery stores, you've seen innovation, you know, like putting the plastic shields up between the cashiers and the customers. So, we're going to see some similar type things, I think, in our restaurants. It'll be phased in. Perhaps a restaurant may at first only have 20 to 25% occupancy ... The innovation to try to decrease and avoid spreading the virus as we slowly begin to reopen will become apparent more as we go forward. But I'm a believer in the spirit of our own innovation throughout our society."

Q At first, some experts believed COVID-19 wasn't as bad as the flu. What's changed since then?

A: "We just have to look at the crisis that has happened ... Around Jan. 23, when all suddenly Chinese authorities put an aggressive, I mean, aggressive, draconian lockdown on Wuhan ... That was unprecedented. And that was kind of a wakeup call. 'What's going on here? What do they know that the rest of us don't know?' Because the message before that was we just had isolated, rare pneumonia, unusual pneumonia cases. And it's not human-to-human transmissible ... And so, that was kind of a wakeup call then ... But I do think all of us, you know, beginning in early February at the national, state and local level, we all should have had a little bit more of an aggressive stance on doing what we needed to do to begin to prepare ... At that time, it was too early to do social distancing measures. And there was a lot of stuff going on that we're not aware of as well ... But clearly, by the end of February, we'd reached an infection point where we had to impose and begin to seriously think about the widespread community mitigations. So, we were kind of blinded at first from what was happening and move on. And it took us almost at least a month before we began to realize the seriousness of what was happening."

Q: What about the pandemic should people talk about more?

A: "I do worry. I was worried when we first began to take some of the social distancing measures that we wouldn't understand that we were in it for the long haul. And so, we have to be extremely careful right now that we just can't, you know, open wide up and go back to normal life. We do need to get back to normal life. We do have to manage this because we can't stay locked down forever. But, we can't let off the gas pedal too quickly, either ... Part of that is going to come to our individual family responsibility, things like we've become really accustomed to now that we didn't pay attention to before ... Washing our hands, cough etiquette, staying home if you're sick ... All those kinds of things are gonna be much more ingrained in our society. You know, things like disinfecting services are going to be very important. I think we're going to see more disinfecting of public places like subways ... and buses. ... We're going to see a new normal. And, you know, we're just going to take very seriously how do we avoid becoming sick and how do we avoid passing it on."

Dr. Parker also discussed in the 12-minute interview about the stages of the pandemic. He believes we're currently at Stage 2. You can learn what that means and what's next by watching the full interview below: