What we know about the man who traveled to the U.K. and tested positive for the coronavirus variant in Nueces County

3News found out that the patient traveled via an airline to Dallas from the U.K. and then traveled by car back to Corpus Christi. 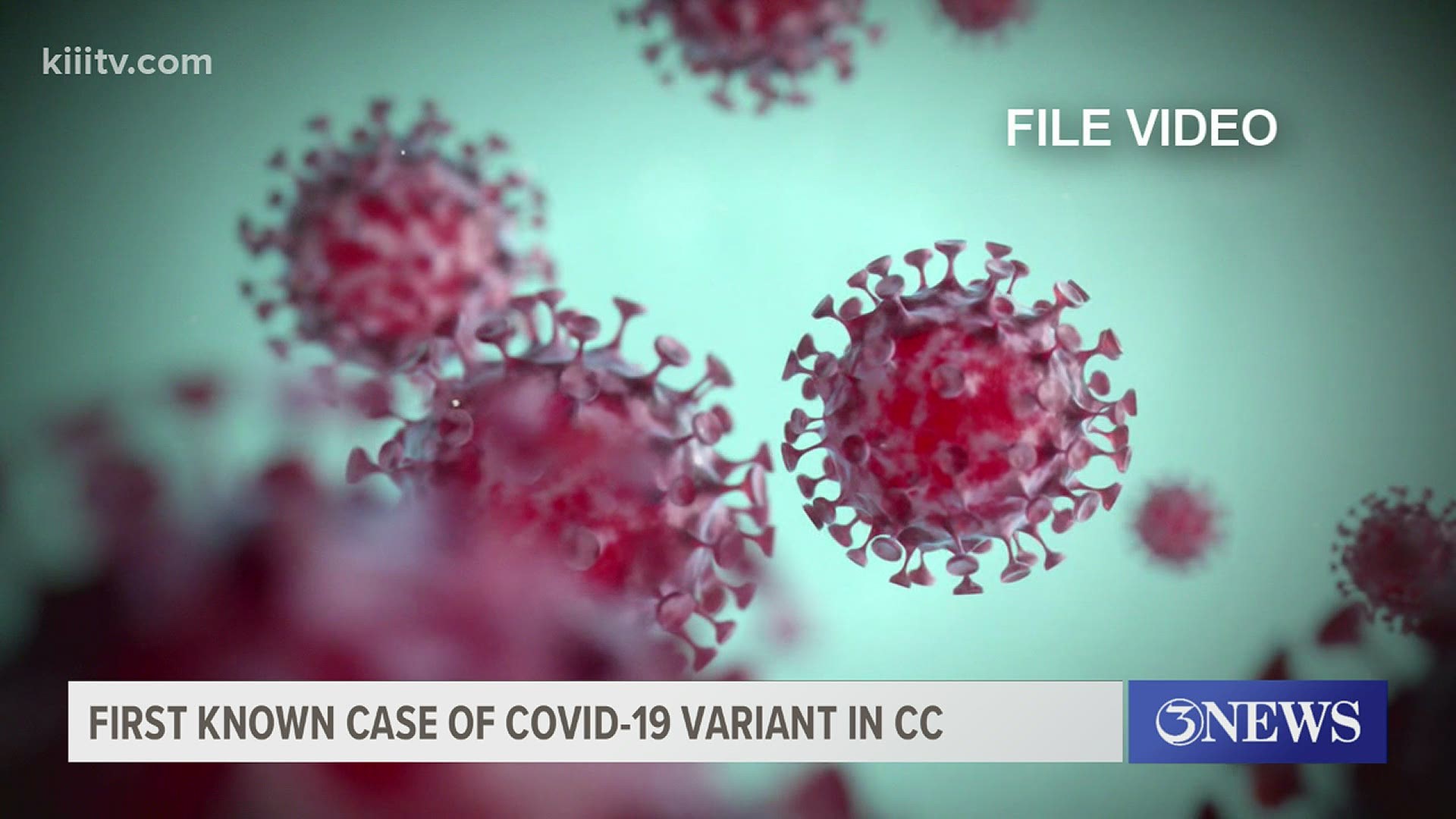 CORPUS CHRISTI, Texas — The more contagious variant of the coronavirus that first popped up in the United Kingdom a couple of weeks ago is now in Nueces County.

We've learned that the man who is believed to have unknowingly brought it here is between 60 and 70 years old. He recently traveled to the U.K. for a family emergency.

He said he was feeling ill before boarding a plane back to the Coastal Bend. City officials said he arrived back in Nueces County between Dec. 29 - 31. He told local doctors he was fine before he left the U.K.

"He tested negative a day before he embarked in the U.K.," Dr. Srikanth Ramachadndrun said.

"The man then immediately quarantined in his home in Corpus Christi and has remained there and has been in communication with the health authority.''

"From what I was told, his symptoms are almost gone and he'll be finishing the quarantine very soon. The date, of course, we're trying to figure out from the onset of his symptoms. Usually, we do 10 days, but in his case, we'll probably do 14 days quarantine."

3News found out late this afternoon that the patient traveled via an airline to Dallas from the U.K. and then traveled by car back to Corpus Christi.

In the meantime, with this variant now here, Dr. Ram said staying vigilant is more important than ever. He urges residents to continue to mask up and practice social distancing.

"What we know from this virus, it's exactly behaving like previous COVID virus that we have in the United States in terms of severity, in terms of risk of death," Dr. Ram said.

Experts said the variant does not increase the risk of death or cause more severe symptoms, but it is easier to transmit it to someone else.

RELATED: Doctors think Florida has more COVID-19 variant cases than we know of